Opinion Why Australia is obsessed with anti-terror laws

There’s a perfect storm of circumstances that make our parliament a hotbed of avid anti-terrorism legislators, writes Fergal Davis. 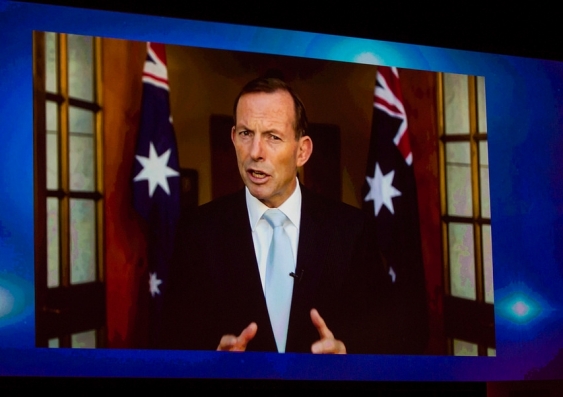 OPINION: Australia is ‘hyper-legislating’. That term was coined by Prof Kent Roach of the University of Toronto and it is an apt description of Australia’s obsession with anti-terror laws.

Just eight months ago the Parliament enacted the Foreign Fighters Act to enable the prosecution of those who fight with terrorist organisations overseas.

This week the government sought additional power – the right to revoke citizenship – apparently to tackle the very same problem.

The Federal Parliament is addicted to the thrill of enacting these laws. They are often draconian and frequently unnecessary.

Prof George Williams, a constitutional expert, did the maths. Between 2001 and 2007 the Howard government enacted 48 anti-terror laws.

The pace slowed under the Rudd/Gillard governments. They managed a further 13 anti-terror laws.

In 2014 the Abbott government enacted a further three “tranches” of national security laws.

By any measure Australia’s post 9/11 record is remarkable. The speed with which anti-terror laws are adopted, amended and superseded is astonishing.

But why does Australia hyper-legislate?

The absence of a Bill of Rights

Uniquely in the Western world, Australia does not have a Federal Bill of Rights.

Don’t get me wrong. A Bill of Rights is no magic bullet.

But the absence of a Bill of Rights means Australian governments are uninhibited by concerns about the courts striking anti-terror legislation down.

The High Court of Australia has upheld indefinite detention and the retrospective application of criminal law.

There is no legal framework to give the government pause for thought when it considers how to balance the need for anti-terror laws with human rights.

When it comes to terrorism, Bill Shorten and Tony Abbott are on the same page. Photo: AAP

Neither side of politics wants to be accused of going soft on terror. As a result a policy of bipartisanship has emerged – but that shuts down legitimate debate.

To avoid being accused of rolling out the red carpet for terrorists opposition parties can quibble with the detail of legislation but ultimately are compelled to back the proposals.

Fear of the party whip

The problem of bipartisanship is exacerbated by the extreme form of party cohesion in Australian politics. In Australia, backbenchers don’t revolt. They toe the party line. And on national security the party line of both parties is effectively the same – so the voices speaking out against any proposals are marginalised.

In the current citizenship debate there has been some evidence of how the potential for revolt can shift government policy. The leaking of Cabinet concerns about the proposed changes appear to have won concessions.

Indeed any concessions that have been won might be traced to Malcolm Turnbull’s statement: “Well every law has to comply with the Constitution.”

He invoked a legal restraint on the power of the legislature. He and his Cabinet colleagues tentatively demonstrated a willingness to break ranks with government. And Mark Dreyfus, the shadow Attorney-General, signalled that bipartisanship is, if not over, at least under strain.

But in the end these laws will pass. They will pass because the legal basis for a challenge is limited.

And the cycle of hyper-legislating can begin all over again.

Dr Fergal Davis is a senior lecturer in law and member of the Gilbert and Tobin Centre of Public Law at UNSW.

This opinion piece was first published in The New Daily.

Courts give no rights guarantees