While some complain that anti-discrimination laws stifle freedom of speech, there is good evidence that they make a more harmonious, safe and equal society. 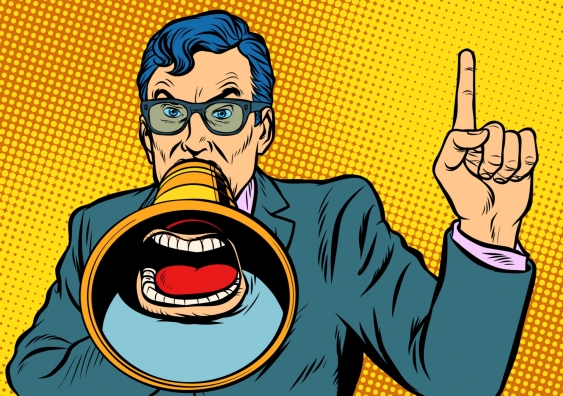 One of the most common arguments made by opponents of hate speech laws is that they stifle free speech. Image from Shutterstock

This piece is part of a series on race and racism in Australia. The series examines this complex and incendiary topic, and the role it plays in contemporary Australia. You can read the rest of the series here.

Nearly 30 years ago, Australians made a decision to start implementing anti-vilification laws. They now exist federally, in every state, and in the ACT.

But unlike many countries around the world, the focus here is on civil laws. Although many states have criminal laws prohibiting serious vilification (such as NSW and Queensland), there are no criminal “hate speech” laws at the federal level. In practice, the vast majority of vilification complaints in Australia are dealt with under the civil law.

The basic idea is pretty simple. In a society that aspires to embrace diversity and support the human rights of all, it is not OK to vilify someone (that is, denigrate or defame them) because of who they are, as opposed to something they might have done.

We have been researching anti-vilification laws for more than two decades. So, how well do these kinds of laws work? Do they provide redress and remedies to targets of hate speech? Do they stifle free speech? And, perhaps most importantly, do they reduce the incidence of hate speech?

First, let’s look at whether hate speech laws provide redress and remedies to targets of hate speech. If a person feels that an incident of unlawful vilification has occurred, they can lodge a complaint by contacting the relevant state authority (for example, the NSW Anti-Discrimination Board) or the Australian Human Rights Commission.

There are procedural difficulties in lodging a complaint. For example, the person complaining needs to be from the group that was targeted and has to be able to identify the person about whom they are complaining (which is difficult when vilification happens in public places and the perpetrator is a stranger). The process can also take a long time. This can discourage people from lodging complaints or cause them to give up before the matter is resolved.

Our research has found that in about a third of complaints, a successful resolution is reached. This usually means that the person who made the comments agrees to stop making them or agrees to apologise, or the workplace where the comments occurred agrees to hold workshops to educate their staff about appropriate behaviour. These are all good outcomes.

The whole mediation process is confidential, so the public rarely gets to hear about these success stories. But they do show that the laws can provide redress and remedies to targets of hate speech.

The same research project showed that communities targeted by hate speech support the existence of the laws. Even if they never make a formal complaint, people appreciate that the government has legislated to tell everyone that racist, homophobic or other vilification is unacceptable. These laws help people to feel valued and supported.

Unfortunately, there are some gaps in current anti-vilification laws. Most laws don’t cover religious vilification and so, for example, little protection is offered to Muslims, even though we know they are one of the most vilified groups in Australia.

One of the most common arguments made by opponents of hate speech laws is that they stifle free speech. But our research does not support this claim.

Only a small number of complaints are lodged around the country each year (about 200), and less than 2% of those complaints end up in a court or tribunal. Of those that do, only half succeed. The most commonly ordered remedy is an apology or correction, or removal of the material from public view.

There is little evidence that people feel some topics are “off limits”. On the contrary – political debate in Australia is robust and wide open.

In fact, some of those who complain most vociferously about being silenced – like Andrew Bolt, Alan Jones and Tony Abbott – are amongst the loudest and most influential voices in Australia. They are prominent public commentators who enjoy wide media exposure.

This is perhaps the most difficult question to answer.

Our research has shown that there have been some changes in how controversial topics are discussed in outlets like newspapers. Overt racial and other vilification is less common now. Anti-vilification laws have played a part in effecting this change, but lots of other factors have been important, too, including changing social attitudes.

Unfortunately, as our research confirms, there has been little to no change in the incidence of vilification in public places – on the street, on trains and buses, or in shopping centres, for example. The only shift that has occurred is in who is targeted, with more recent waves of migrants newly targeted. There has been a shift, for example, towards people of African heritage and from the Middle East.

On this level, anti-vilification laws do not seem to have reduced the overall incidence of hate speech.

Another way of measuring the success of anti-vilification laws is in public attitudes. Opinion polls show strong public support for the idea that governments should draw a line in the sand – one that says that racist hate speech and other forms of group vilification are unacceptable.

This is perhaps the most important legacy of 30 years of anti-vilification laws in Australia.

Katharine Gelber, Professor of Politics and Public Policy, The University of Queensland and Luke McNamara, Professor of Law, UNSW