Why companies need to be authentic about brand activism

Companies looking to engage in brand activism need to be authentic in their campaign otherwise they run the risk of consumer backlash. 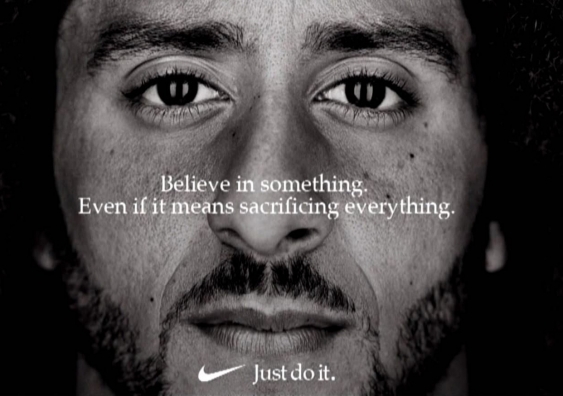 An image of Colin Kaepernick from the Nike campaign. Photo: Nike

When Nike decided to make American civil rights activist and former football quarterback Colin Kaepernick the face of a recent ‘Just Do It’ campaign, the move polarised customers and investors. Kaepernick, who knelt during the national anthem at the start of NFL games in protest of police brutality and racial inequality in the United States, was promoted by Nike as an example of standing up for your principles despite potential controversy.

The move didn’t go down well with investors initially, with Nike losing 3 per cent in its share price after demonstrators were seen on TV burning Nike shoes and cutting out the Nike logo off its merchandise. But the tide turned quickly for Nike, and the share price bounced back to outperform the S&P 500 in the aftermath of the controversy. Nike’s online sales also jumped 31 per cent in the four-day period following the launch of the campaign, while Bloomberg reported Nike received more than $43 million ($58 million) worth of media exposure as a result of its campaign.

Nike’s campaign is a textbook example of brand activism done right, says Nitika Garg, Associate Professor in The School of Marketing at UNSW Business School. “Nike divided the market, as you can imagine. It was a hugely controversial campaign, but their profits actually went up,” she says. “While there were some consumers who were burning and shredding their Nikes and posting on social media that they would never wear Nike again, there were others who were quite proud of the fact that Nike did this and actually stood up for an issue which mattered to them and to society.”

The rise of brand activism

In recent times, brands have become more vocal about controversial socio-political issues – a phenomenon known as brand activism, which has been embraced by a number of significant brands around the world. As the Nike example illustrates, brand activism can be innately divisive and has the potential to alienate customers, investors and even employees.

For companies willing to embrace brand activism, there are a number of important factors that must be considered in order to maximise potential benefits while avoiding backlash, says A/Prof. Garg. These factors which determine brand activism success (or failure) were the focus of a recent study co-authored by A/Prof. Garg, A Tale of Two ‘Ideologies’: Differences in Consumer Response to Brand Activism.

“More and more brands are getting involved in taking a stand on societal issues and political issues,” says A/Prof. Garg. “This involvement in brand activism can be a little jarring for consumers, especially depending on the issue. And what we found in our research was that depending on how aligned a consumer was with the issue, this impacted their willingness to actually pay for the brand and their attitudes towards the brand.” 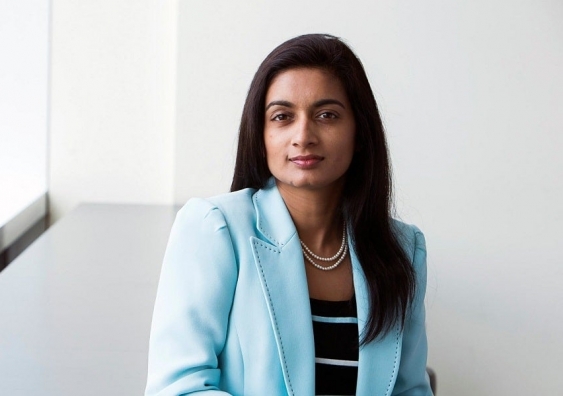 The research paper is based on a number of studies that examined brand activism from a political perspective and its effect on consumers who identified as liberals (left-leaning) or conservatives (right-leaning). “There’s this belief that conservatives don't want companies to engage in brand activism, but we found that this is not really true,” she explains.

“What they don't want is for companies to engage with left-leaning issues. When the issue was right-leaning, they were perfectly happy with it and conservatives behaved the way left-leaning consumers behave when companies engage in brand activism. So political ideology does dictate how consumers react to a company's brand activism.”

Why it’s important for brand activism to be authentic

A/Prof. Garg says the “number one thing” for companies looking to engage in brand activism is that they have to be authentic. As the paper explains, brands need to first make sure that they are committed to the issue and that it reflects in their policies, not just in their marketing. “This is because if brands are perceived as simply paying lip service to an issue, it can backfire and hurt the brand more than if they did not engage in activism at all,” the paper states.

When brands engage in superficial brand activism (or “slacktivism”) A/Prof. Garg observes they risk drawing criticism from both right and left-leaning consumers. “You get slammed by both sides,” she says. “Conservatives think you are still doing something by engaging in brand activism, so they punish you for that, and liberals punish you because you're not doing enough.”

“For example, people expect Nike to do certain things. They're not just selling shoes, they're part of the community, part of the society driving the discourse. And they are willing to take a stance – even if they lose some consumers because that’s a risk you take when you engage in authentic brand activism,” she says. “It's not enough to just post on your social media feeds and say, ‘Oh, I support this issue.’”

The future of brand activism

Brand activism is becoming more prominent and A/Prof. Garg observes that there is a certain expectation from brands – particularly bigger ones – to have an active voice on positions around key issues. “Consumers are getting sophisticated and brands are getting more personal. We, as consumers are expecting brands to be part of our communities, rather than just our pockets. We want them to put their mouth where they want our money to be, in a way,” she says.

“So we are saying, 'look, fine, you want my money? That's perfectly okay. But I want to know who you are. What do you stand for?' Because brands are expected to do more. And this is not a fad; this is not something that will go away,” says A/Prof. Garg.

Brand activism can help organisations to another level in the future. Organisations have shifted from mass marketing to more sophisticated segmentation, in which consumers are targeted in a more personalised way, she adds: “I think that we will see brand activism helping distinguish brands even more so in the future.”