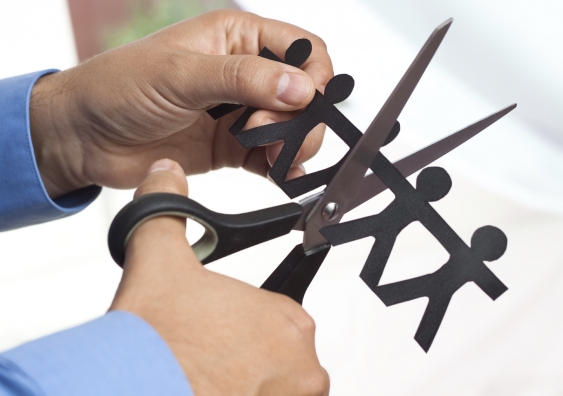 When times are tough, the usual response from companies and the public service is to cut staff. But recent research suggests this risks depleting an organisation's intellectual assets and leads to a less productive workplace.

"Ultimately what happens is it's got this sort of snowballing effect: people become sceptical; they become pessimistic; they become worried about their job safety; and so you see [a] culture of cynicism developing in many organisations," says Christina Boedker​, an associate professor of accounting at UNSW Business School.

"You're actually setting yourself up to fail."

Boedker and research colleagues Kieron Meagher, Julie Cogin​, Richard Vidgen​ and Jan Mouritsen have devised an Intellectual Assets Health Test which measures an organisation's intellectual capital, including the emotional state of the staff.

They note that while intellectual assets do not have the obvious physical value of a building or a piece of equipment, they are critical to an organisation's long-term success

"We're trying to measure the emotional situation in the workplace and the engagement that people have," says Meagher, a professor of economics at Australian National University.

"So if you have a lot of people but they've disengaged, or they find it a very stressful or negative place, then that also is a negative thing for the organisation."

The researchers examined the effect these "starved workplaces" can have on productivity, compared with those where there is an investment in staff. They found those that invested in their staff – that is, nurtured their intellectual assets – had 13.3% higher productivity.

The study is unique in the way that it measures productivity. The Intellectual Asset Health Check measures an organisation's intellectual assets in six categories: innovation, employee experiences, fairness, leadership, customer orientation, and adaptability.

Intellectual assets commonly include an organisation's staff and leaders (human capital), its relationships with customers and other stakeholders (relational capital), and its business systems and processes (structural capital). The authors say human capital consists not just of skills but also of the emotional capital of workers.

The team focused their research on data from 77 different public and private sector organisations collected by the Australian government. They used the financial data to measure total factor productivity – how labour, intermediate inputs, capital and machines come together to transform all of those inputs into outputs.

It is distinct from labour productivity which just measures output per worker and can be increased, for instance, by buying more machines, not necessarily by increasing the productivity of the labour itself.

When times are tight​

Service organisations, in particular, are highly reliant on intellectual assets for service delivery and are an increasingly important part of the economy. In Australia they employ more than three-quarters of the workforce.

"But when money is tight, that's when a lot of the focus really comes on to this."

The study emerges against a backdrop of ageing populations creating a looming shortage of workers. Businesses and the public service will no longer be able to rely on an ever-growing pool of workers and instead will have to make use of the smaller numbers they have.

At the same time, consistently poor productivity growth around the world has focused the attention of national governments on how they can improve productivity, both inside the public service and outside.

Economist and former Treasury secretary Ken Henry recently noted that decades of government outsourcing and waves of senior redundancies have left much of the nation's public service unable to provide proper and effective advice to politicians and their voters.

"Many departments have lost the capacity to develop policy; but not just that, they have lost their memory," Henry is quoted as saying in the latest Quarterly Essay by Laura Tingle.

Martin Parkinson – Henry's successor at Treasury and the recently appointed head of the Department of Prime Minister and Cabinet – is quoted in the same publication saying that young policy advisers are not being properly mentored.

"Today, in some institutions, smart people look around at their colleagues and find there is no one to talk to, to learn from, who has experience in delivering real reform," Parkinson says. "The combination of these two things is a decline in the quality of advice and an erosion of capability, to the detriment of good government."

Michael Tull, assistant national secretary of the Commonwealth Public Sector Union says: "When you've got senior public servants ringing the alarm bells about the impact of budget cuts and other resource cuts on the public sector, the government really should pay some attention."

About 17,000 federal public servants have lost their jobs during the term of the present government, on top of 16 years of "efficiency dividends", which have required the public service to deliver annual cost savings ranging from 1% to 4%, depending on the year, Tull says.

One in five Australian Tax Office staff has been made redundant and in Treasury the figure is nearly one in three.

"Constant cuts and under-investment in tools and systems put more pressure on the staff who are being constantly asked to do more," Tull says.

"At the same time we're seeing an endless series of arbitrary cuts, and what people take from that is that they look at the decision-makers, the minister, the Treasurer, and think these people either do not understand how the department works or they do understand and they don't care."

Boedker says the act of measuring an organisation's intellectual assets will ensure these issues start to be considered, because investing in staff is a longer-term investment with a longer payoff time than simply cutting staff to produce short-term savings.

"If we only measure the tangible assets, there is a greater risk that we make the wrong decisions," Boedker says.

"In gaining that knowledge and increased awareness of some of these areas, there's been an opportunity to intervene, to invest, to make corrections."

According to the researchers, the Intellectual Assets Health Check is a tool for organisations to detect and diagnose workplace 'starvation'. They have set up High Performing Workplaces​, a not-for profit organisation to help leaders benchmark their workplace productivity, leadership and management practices.

It aims to enable low performing workplaces to implement a series of intervention strategies to help build their human, emotional, structural and relation capital. And help organisations make better use of their resources.

In traditional economic policy frameworks there is an assumption that organisations use their resources and economic inputs to the maximum efficiency – that is, they operate on what is known as the production frontier. But the authors say their research throws this into doubt.

"We see in this study that if managers cut expenditure in the areas of intellectual assets, productivity will decline. Organisations with starved workplaces operate below the production frontier, meaning they do not maximise the effectiveness of their tangible assets," they write.

This article was first published in the UNSW's BusinessThink.