With the government taking on record debt in a bid to pull Australia out of recession, infrastructure-related spending must be carefully managed, says UNSW Business School. 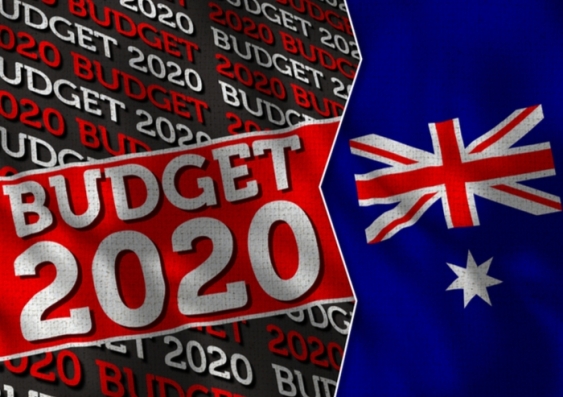 While the federal budget delivered for Australian businesses, Professor Gigi Foster pointed to what she considered its biggest omission: support for caring occupations and, in particular, universal basic childcare. Image: Shutterstock

Since the start of the COVID-19 pandemic, the federal government has committed to investing an additional $14 billion in new and accelerated infrastructure projects over the next four years – with $10 billion allocated in the federal budget for infrastructure alone.

However, with a record $213.7 billion deficit this year, the important thing for the government is to ensure money borrowed is spent in the most efficient and effective way, said Gigi Foster, Professor in the School of Economics at UNSW Sydney.

“I'm not worried about the debt, per se. I'm worried about how we're spending the money; we want the right kinds of expenditure programs,” she said.

“What we don't want are massive blow out ‘boondoggle’ projects. And unfortunately, in Australia, we have seen some of that, particularly with large infrastructure projects.”

While spending on infrastructure is an important and a necessary part of Australia’s recovery and future growth, Prof. Foster said, the government needed to take a more selective approach in how and where money should be spent.

“We don't want big contracts to top-heavy contractors who are just going to rent seek and grab extra money out of the Australian purse,” she said.

“What we want are smaller scale, less fancy projects that will actually help Australians on the street, not necessarily handled by big construction companies.”

While such projects are not as politically appealing, Prof. Foster said, they are more helpful for the country – which is more important than debt levels at present.

In the budget, the federal government announced that the underlying cash deficit in 2020-21 is expected to be $213.7 billion (11 per cent of GDP).

“If we compare our levels of debt to other countries during this whole COVID recession period, we don't look that much worse,” said Prof. Foster.

“So, I don't think it's something we need to worry about as long as we're spending in a direction which will get the country more productive in the longer run.”

A 'B' rating for the federal budget

The federal government’s 2020-21 budget will go down in economic history as one of the most extraordinary, given the circumstances of the year.

It was generally well-received among economists, with Prof. Foster giving it a “B grade” overall.

“I think it was pretty good, but not great,” said Prof. Foster, who observed that one of the highlights for her was the support for business investment embodied in the immediate asset write-off provision and the loss carryback provision.

Furthermore, companies with a turnover of up to $5 billion will be able to offset losses against previous profits on which tax has been paid, to generate a refund.

“I would have liked to have seen a movement in the direction of establishing revenue contingent loans for businesses, because I think that would [have provided business with] a longer-run way – transitioning from just giving handouts or one-off special deals, to a system that's more sustainable which provides a leg-up for business investment,” she said.

Prof. Foster also welcomed ongoing support younger workers through the JobMaker scheme, though she observed the amount of the subsidy per worker may not be enough to encourage employers into making hiring decisions that they otherwise wouldn't have made.

Superannuation came in for special attention in the budget, with the government announcing that employees will keep their super fund when they change jobs, stopping the creation of unintended multiple super accounts and the erosion of super balances.

Furthermore, by 1 July 2021, MySuper products will be subject to an annual performance test, and if a fund is deemed to be underperforming, it will need to inform its members of its underperformance by 1 October 2021.

When funds inform their members about their underperformance they will also be required to provide them with information about a “YourSuper” comparison tool – which Prof. Foster voiced support for.

“This is particularly nice, in my view, because Australia’s superannuation industry is notoriously inefficient,” Prof. Foster said.

“It creams a large amount off the top of superannuation balances every year – about 1 per cent, and to my knowledge, that is about 10 times the amount that's best in class which you see in Norway.”

Superannuation fees are among the highest in the OECD with Australians paying $30 billion a year in super fees, according to the federal government, which estimated a $17.9 billion saving over the next decade as a result of the super reforms announced in the budget.

The federal government also pointed out that there are 6 million multiple accounts held by 4.4 million people, and these multiple accounts mean $450 million in unnecessary fees are drained from super accounts each year.

“In addition to the ability to compare different managed fund options, I'd love to see the government provide an option for individuals to establish their own tax-preferred retirement support accounts,” said Prof. Foster.

While the federal budget delivered for Australian businesses, Prof. Foster pointed to what she considered its biggest omission: support for caring occupations and, in particular, universal basic childcare.

“For me, this is a no-brainer because it has a triple benefit for Australia,” said Prof Foster, who explained that it provides jobs across all areas of Australia, it provides relief to young working families, and it serves as a strong investment in the future productivity and welfare of the country.

“So, I don't see why the government isn't moving much more radically in that direction,” she said.

“I thought that those two things really could have been done a lot better,” she said.