States can’t pick and choose when to invoke international law for protection on a particular issue and then ignore, contravene or decry it on other matters. 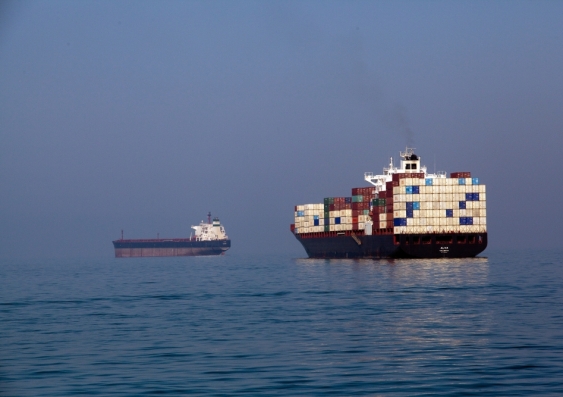 Prime Minister Scott Morrison has announced that Australian forces will contribute to a US mission in the Strait of Hormuz. Photo: Shutterstock.

It is paradoxical for Prime Minister Scott Morrison to call for respect for international law in relation to the Strait of Hormuz when asylum seekers on Manus Island and Nauru are being ignored. For the rules-based system of international law to work effectively, consistent commitment is required.

The Prime Minister has announced that Australian forces will contribute to a US mission in the Strait of Hormuz. The action is to protect freedom of navigation, under threat with recent seizures of ships, first by Iran and subsequently by the US in retaliation.

The Prime Minister’s statement invokes international law, in this case the Law of the Sea and safe navigation, as a rules-based order providing mutual peace, security and friendly relations through all states upholding common principles. Australia has also notably invoked international conventions in challenging Japan’s whaling program, and relies on the international legal system in trade deals.

But in 2001, international law was ignored, set aside and rubbished. Australia has continued this approach at regular intervals, even to 2018, when Australia’s treatment of refugees and asylum seekers in Nauru and Manus Island was judged as systematic dehumanisation and torture by the UN Working Group on Arbitrary Detention. In the six years since the detention centres on Nauru and Manus were reopened, 12 people have died through medical neglect, suicide and killing by guards. Many others are scarred physically and psychologically.

Recently I travelled to Manus Island in Papua New Guinea (PNG). Manus is abundant in natural beauty, yet the local people live in dire poverty. This, despite PNG acting as Australia’s de-facto jailer, and the billions of dollars the Australian government has poured into Manus and Nauru to support the fiction of ‘stopping the boats’ to ‘save lives’.

During my trip to Manus, I met with Behrouz Boochani, journalist, author, refugee and Adjunct Associate Professor at UNSW. I had questions for Behrouz – many of them from my students. These young leaders want to understand the human impact of the institutions and systems they study. In answering, Boochani explained how important resistance is for all the refugees. Resistance means you exist. Resistance means the systematic dehumanisation and silencing, the forced disappearance, cannot win over the fundamental spirit of humanity.

What struck me while on Manus Island, is how average Australians must appear to the local people and to the refugees incarcerated there for the past six years. One of the young refugees I met said to me, “Do Australians know what is being done to us here? Do they know we have lost six years of our life – for nothing?” The ‘quiet Australians’, as Morrison refers to the electorate, would be shocked at the misery wreaked in their name. The distant regime Australia has set up to contain and to torture refugees on Manus and Nauru is a national shame.

Boochani is also unequivocal in explaining that Manus and Nauru are by now a part of Australia, an integral part that Australians cannot deny. Manus and Nauru are no longer only geographic entities, they are synonymous with wounding innocent lives and represent some of the darkest times in Australian public life.

So, it is paradoxical to consider the Prime Minister’s recent statement of support for international law in view of what is technically called ‘offshore processing’ of people seeking international protection in Australia under the Refugee Convention. I say ‘technically’, as this language obscures and normalises the violence wreaked by this practice over the past six years on Nauru and Manus Island.

A deep vein of political craft connects Scott Morrison to the Pacific Solution authored by John Howard in 2001. At that time, the Norwegian freighter MV Tampa was stuck on the high seas for over three weeks after rescuing 433 men, women and children from drowning. The Australian government would not allow the asylum seekers, mostly Afghani, to be transferred from the commercial ship to Australian naval vessels. This contravened international law. The ultimate result of this conflagration was the beginning of ‘offshore’ detention of people seeking asylum.

International law, and indeed peace and security among states, are as robust or as fragile as the number and depth of infringements. When our commitment to international norms and law fails in one area, we risk failures across the board. To pick and choose which rules we adhere to weakens the system overall, and endangers peace and security for all of us.

What needs to happen in Australia is honest and robust debate from our political leaders about all aspects of international law. That has to include obligations to asylum seekers and refugees – even if they happen to arrive by boat. Peace and security of all people relies on such commitments.

Claudia Tazreiter is an Associate Professor of Sociology at UNSW Sydney.