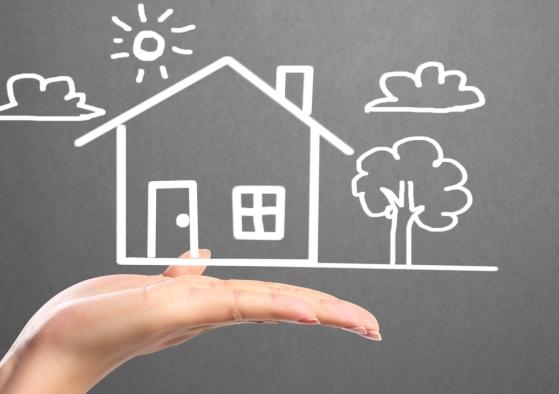 OPINION: In an ideal (and economically efficient) world, tax policy would not influence the investment or consumption choices taxpayers make. In reality, this neutrality is rarely achieved.

External factors influence choices, which then fail to conform to rational economic models; or the tax system may be deliberately used to intervene in the market to counteract inefficiencies.

In Australia owner occupiers compete with investors for housing property; and there is also competition within these groups. A small increase in the number of superannuation funds and foreign investors purchasing property can have a significant impact on demand; while first home owners are finding it increasingly difficult to enter the market. Each of these groups is impacted differently by the tax system.

Owner occupiers are the major beneficiaries of tax concessions on housing.

The latest tax expenditure statement costed the Capital Gains Tax (CGT) exemptions on owner-occupied housing at A$30 billion, on a par with concessional taxation of superannuation at A$30.25 billion.

The Henry Review acknowledged that these tax expenditures can be justified as both contribute to people’s living standards in retirement.

However the CGT main residence exemption distorts the market as owner occupiers invest more in their residence, diverting capital from other more productive investments in the expectation of tax free capital gains.

Investors also benefit from the CGT discount, but negative gearing has a more immediate benefit. Negative gearing is the product of two of the basic design principles of our tax system.

Firstly, expenses are deducted from income in calculating the income or loss from an activity, and secondly we apply a global system under which income from all sources is aggregated to determine a taxpayer’s income for a year. Therefore, in the absence of any specific restrictions, losses from one activity can be applied to reduce the tax payable on income from other sources.

The tax statistics for the 2010-11 year show that 2.5 million rental property schedules were lodged by individuals, showing nearly A$30 billion of rental income received during the year.

The deductions claimed against this income amounted to A$37.8 billion, of which A$22 billion was interest on loans. A further A$1.8 billion was claimed as capital works deductions, which allows a write down for the capital cost of a building used to earn rental income.

There is no particular bias in the tax system to make negative gearing more beneficial for real estate than other investments: the drivers for that decision come from outside the tax system.

For example, lenders may be prepared to lend a higher proportion of the purchase price on real estate when compared to other forms of investment, thus the purchase can be more highly leveraged and the eventual capital gain will represent a higher return on funds invested. However this does presume the investor has the cash flow, often from other sources, to service the loan.

The role of CGT

Negative gearing would be less attractive if the capital gain on the sale of an investment was taxed in full.

Negative gearing is a negative cash flow, but it produces an annual tax benefit that would be clawed back if the capital was taxed when the property is sold. But CGT is generally only paid on half of the capital gain as a discount is applied when calculating how much is included in taxable income. Therefore there is an asymmetry as the full amount of any mortgage interest is allowed as a deduction when incurred, but only half of the capital gain is included as income.

The Henry Review recommended (Recommendation 14) that a 40% discount should be applied across all forms of non-business investment income, including capital gains, with a corresponding reduction in the amount of interest that could be claimed each year. This would reduce both the bias to investments that produce capital gains over income, and the incentive to leverage off negative gearing deductions.

The group of prospective purchasers that is most affected by housing prices is notably absent from the discussion of tax incentives.

First home owners don’t have access to tax deductibility to subsidise interest payments, and without a windfall on the sale of another property they may have difficulty accumulating a deposit.

The effect of first home owner subsidies, however, is mixed: although it boosts the deposit the subsidy can itself be inflationary as vendor price expectations rise to take account of the subsidy.

The remaining group, renters, also face increased rents as the owners of rental properties seek a return on the capital they have invested in the property.

It has been argued that any changes to negative gearing would result in increased rents, based on rental increases between 1986 and 1988 when the Hawke Government quarantined negative gearing deductions. But this is largely discredited as theevidence shows there were other issues that increased demand in the Perth and Sydney markets over this time.

These current policies all affect demand, resulting in increased housing prices as investors and cashed up owner occupiers bid up the cost of housing.

What is needed is a set of policies that would stimulate the supply of housing, for example the National Rental Affordability Scheme which provides tax incentives on new housing development.

Ultimately tax reform in relation to housing will require the government to make some hard decisions.

The two issues that need to be reformed are the main residence CGT exemption and removing the ability to offset investment losses against other income. Such reform will not be successful without public support, and neither the Labor nor the new Coalition governments have been prepared to act on these proposals.

Helen Hodgson is a Senior Lecturer in the School of Taxation and Business Law at the Australian School of Business, UNSW.