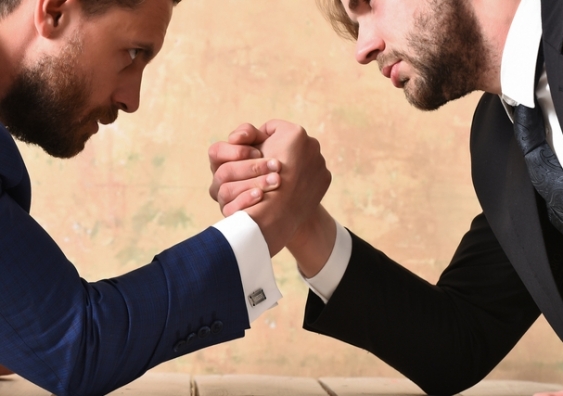 Many CEOs of large banks appear to see no wrong in some very questionable practices – certainly from what we’ve seen from the banking royal commission, which oddly, hasn’t really looked at excessive CEO remuneration.

When you consider what they are paid and how their subordinates treat them, one factor becomes clear. Academic research shows overconfident leaders with unquestioning direct reports make reckless decisions.

It can seem like the “emperor’s new clothes” when underlings don’t want to quiz a leader. Executives often steamroller boards when their ideas are questioned. No wonder – excessive pay derives from a tournament of subordinates gambling for the big prize of promotion to CEO. They don’t want to be the ones to stick their hand up and point out moral objections.

There is much evidence that disproportionate CEO power and earnings feed on each other. An increasing concentration of power has gone hand-in-hand with increasing remuneration. CEOs, paid a package of usually many multiples more than those with whom they work, have been found to be less likely to listen and take unnecessary risks. They generally become meaner managers. Mean to staff and customers. The failure of the boards to withdraw bonuses shows this is even more so when it comes to remuneration.

As an actuary, I am acutely conscious of the pressure CEOs and CFOs place on actuaries to adjust the assumptions used in the calculation of company liabilities to manipulate profits. CEOs often deceive shareholders – and sometimes their boards.

When I addressed an Actuaries Institute Plenary last year, I asked if it was important to reduce excessive CEO power and remuneration: 82% thought it more important than not.

Given the response of the public and investors to what appears to be excessive CEO remuneration, its absence from the regulators' thinking is surprising.

The view that too much power has a corrupting effect has a long history, going back to ancient Greece and Rome. “All power tends to corrupt” and leads to risky behaviour.

To keep CEO power in check, I suggest we make directors more powerful in their interactions with the CEOs, and the CEOs more accountable to shareholders. Why not empower minority shareholders by proportionate representation, and give greater ability to propose binding resolutions at AGMs?

Power to make decisions should be redistributed to the most appropriate level to implement change. This is often the people on the ground, the "subsidiaries" of a CEO, often at a low level, or middle of junior managers. They can see the damage bad ideas do to real people.

Anthony Asher is an actuary at UNSW Business School.