Indonesia, with its market of 262 million people, is more important to Australia than many Australians realise. 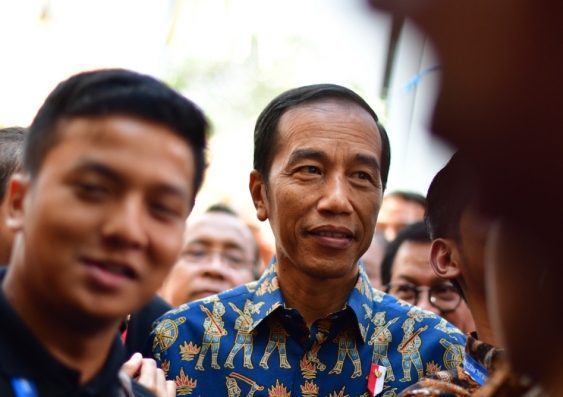 All hell broke loose during the Wentworth by-election when Prime Minister Scott Morrison suddenly announced that he was thinking of moving of Australia’s embassy in Israel from Tel Aviv to Jerusalem.

The main objections came, not on merits of the idea itself, but on whether it would upset Indonesia, the nation with whom Australia had just completed a landmark, but unsigned, free trade agreement and the nation with the world’s largest Muslim population.

The agreement is now unlikely to be signed for quite some time. In a face to face meeting with Indonesian President Joko Widodo last week that was intended to clear the way, Morrison was instead pressed about the Middle East.

But how important is the Indonesian trade relationship really? And would it be folly to sacrifice it on the altar of Middle East politics?

Why the relationship matters

Australia and Indonesia have been entwined for a long time.

What is now Indonesia is almost certainly the Australian continent’s oldest trading partner.

Indigenous Australians fished and traded sea cucumber and other goods with their Makassan counterparts from at least the least the early 1700’s. Makassar is in the south-west corner of the Indonesian province of Sulawesi.

Australia provided critical support as what was then known as the Dutch East Indies fought for independence from the Dutch after the end of the second world war.

Australia has helped in times of need

These close ties continued 50 years later during the late 1990s Asian financial crisis when the Reserve Bank of Australia clashed with the International Monetary Fund and Clinton administration, who wanted to impose tough conditions on Indonesia in return for bailing it out.

Australia’s Treasurer Peter Costello took the advice of Reserve Bank Deputy Governor Stephen Grenville, who had been a diplomat in Jakarta, and stared down the IMF and the United States.

As a result the Indonesian economy fared much better, recovered more quickly and avoided much of damage endured by other developing economies that had done as the IMF wanted.

Two decades on, Indonesia is one of Australia’s top 15 trade partners, worth A$16.5 billion in two-way trade, and one of the biggest markets for Australian education.

In many ways, Indonesia is underdone as a partner for Australia.

It houses abound 262 million people but only around 250 Australian companies of any size, compared to more than 3,000 in China.

Among the companies that do have a big presence are the ANZ, Leightons, the Commonwealth Bank, Orica and Bluescope.

Its attractions are a massive and growing urban middle class and its need for infrastructure given the logistical challenges of connecting a huge population living across over 17,000 islands.

The relationship will survive Jerusalem

A free trade agreement is important to both sides, whatever political rhetoric President Widodo might need to employ to hold off his fundamentalist opponents.

Morrison told Widodo he would decide on the location of Australia’s Israel embassy by Christmas. The trade deal is likely to be signed soon after.

Putting workers first. Can the union, employer groups and the government see past their differences?

State of the states: six politics experts take us around Australia in the final week of the campaign