The #metoo movement is triggering a re-assesment of entrenched attitudes to sexual harassment in the workplace. 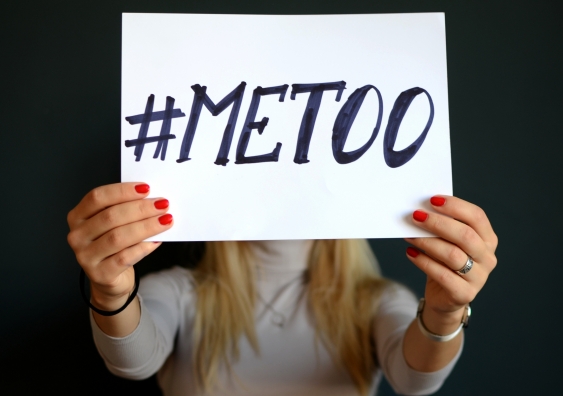 Sexual harassment is a serious issue wherever it happens, but where it occurs in an organisational context it becomes a serious health and safety hazard for employers.

The historic failure by companies and individuals responsible for employee wellbeing to address sexual harassment has been brought into sharp focus since American movie mogul Harvey Weinstein was exposed as a serial offender.

Women’s experience of sexual harassment and intimidation goes to the heart of gender politics, particularly in the workplace.

According to Bianca Fileborn, a lecturer in criminology in the School of Social Sciences at UNSW Sydney, one of the underlying causes of sexual violence and sexual harassment is gender inequality.

“We need to be looking at broader issues, such as the pay gap and treatment of women in the workplace – these are part of that broader cultural background that enables sexual harassment and sexual violence to happen,” Fileborn says.

Beyond Hollywood, the media, academe and government have thrown up cases of misconduct that has become almost institutionalised, or at least tacitly accepted through people turning a blind eye.

The accusers have cut across traditional class divisions – high-powered women as well as women in low-income, service industry jobs have come together in the #MeToo campaign to air their grievances, enabled by the power and reach of social media.

“Social media has played a hugely important role in all of it,” says Fileborn. It has “influenced power dynamics by creating spaces and platforms for people to share their experiences”.

Easier ‘not to know’

Social media may also have put paid to the days when an employee made an allegation to HR, and HR took time to investigate it while keeping it under wraps until a resolution had been arrived at.

Now HR and other senior managers are caught on the back foot wondering what to do when employees are conversing in anonymous workplace chatrooms or on a public blog about sexual harassment.

“There is no doubt that senior management are put in a difficult position when cases like this arise,” says Karin Sanders, a professor and Head of the School of Management at UNSW Business School.

“How to handle a situation about which not everyone will know all the facts, and where it boils down to one person’s word against another’s word, isn’t easy.

“Sometimes the feeling is ‘it’s better not to know’, it makes it a lot easier. On the other hand, it is a brave action to stand up and tell people [who are your bosses] what is allowed and not allowed,” says Sanders. That is exactly what the Australian HR Institute (AHRI) insists professional HR practitioners should be doing.

Writing in The Sydney Morning Herald, AHRI CEO Lyn Goodear acknowledged that by standing up for fairness and natural justice on behalf of employees, HR managers may well put their careers in jeopardy.

“Chief human resource officers who find themselves reporting to chief executives who demand that their senior executives put allegiance to them above allegiance to the organisation need to exercise the full range of their professional skills. That includes the capacity to be persuasive and, when required, to be brave,” says Goodear.

Fileborn suggests the prevailing view is that HR “is there to actually protect the organisation rather than to support employees”.

“Having these public allegations made against your organisation is a very, very bad look. I think it’s perhaps seen as the path of least resistance to manage out the person who is making the complaint,” she says.

Sanders says that often “women blame themselves or are not assertive enough to report sexual misconduct to HR and end up leaving the organisation instead”.

Organisations should always enforce a code of conduct, she says. And victims and witnesses of abuse need to know how to use a reporting process that encourages filing complaints and removes any fear of retaliation.

“For instance, at UNSW we know if you have an affair with a student you need to report it. If it goes further and is deemed to be harassment, we have an employee assistance program to seek advice that is an independent, external service,” Sanders says.

Privacy isn’t the only casualty when a sexual harassment case blows up inside an organisation. The effects extend far beyond the protagonists.

Two academics at University of Texas at Arlington, M. Ann McFadyen and James Quick, found that though there has been a 28%  decline in complaints in the US, sexual harassment is a chronic occupational health problem in the workplace.

“Sexual harassment in the workplace is costly, not just to the organisation,” McFadyen says.

“The behaviour impacts [on] the victim, the aggressor, bystanders, customers, suppliers and other stakeholders in terms of tarnished reputations and trust, disengaged employees, decreased commitment, turnover, depression, stress, eating and other health disorders, and in extreme cases bodily harm, even death.”

McFadyen believes that the recent publicity regarding sexual harassment is a watershed moment for workplaces that could usher in new types of training not only for leaders and management but “employees at all ranks, customers, suppliers and other stakeholders”.

Both researchers believe there is a real need from a public health perspective to know more about the aggressors’ use of power in sexual harassment cases.

While accusations against high-profile individuals have served to keep the issue in the public eye, the hope now is that for the majority of ordinary women – and, indeed, men – the workplace can start to become a less hazardous place.

This is an edited version of an article published by UNSW BusinessThink.