A UNSW Law team has claimed victory at the world’s top mediation challenge in Paris, beating 65 teams from more than 50 countries to take out first prize. 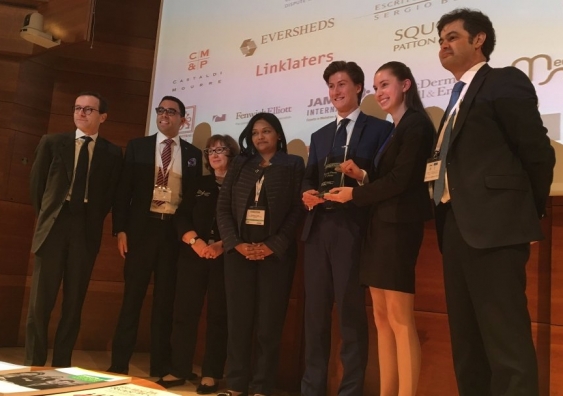 A UNSW Law team has claimed victory at the world’s top mediation challenge in Paris, beating 65 teams from more than 50 countries to take out first prize.

UNSW’s team was named best in the world at the International Chamber of Commerce’s (ICC) International Commercial Mediation Competition, winning the grand final after a gruelling week in Paris.

“We gave the performance of a lifetime and I am overcome with pride for my wonderful students,” said team coach Dr Rosemary Howell, a Professorial Visiting Fellow at UNSW.

“It is the most important competition of its kind in the world, and our team is so proud.”

In eight of the 10 years UNSW has participated in the invitation-only ICC event the University has progressed to the final rounds, and Dr Howell said the win was the culmination of almost six months’ training.

To progress through to the final 16 the team had to win four preliminary rounds of mock international disputes, based on real events with legal, commercial and ethical complications.

It was an “exhausting knockout process requiring us to work through the night for two nights”, Dr Howell said of the team, which featured students Katherine Mackellar, Connor Taylor, Self Rumbewas and Roshan Evans .

“To get to this stage we have been preparing since September 2015 in structured training sessions and intensive practice against real lawyers in 12 of the best law firms.

“We’ve also spent considerable time on the soft skills – communication, teamwork and advocacy. This combination has a lot to do with our success.”

Mackellar, a final-year law student, represented UNSW in the grand final and said it was a "incredible high note to go out on".

Added Taylor, her partner in the final: "It feels really great to have won. I do not think it has quite sunk in though. Auckland was a great team and were very challenging, but it was a lot of fun." 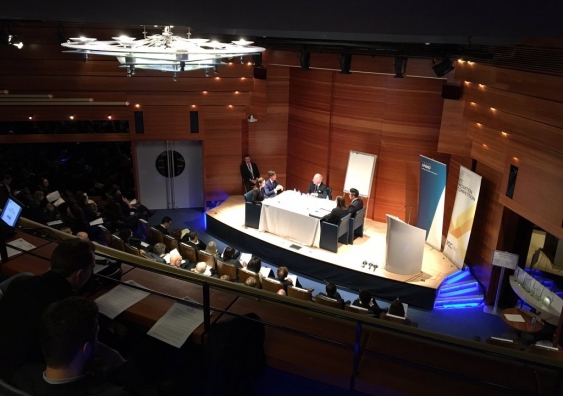 UNSW Law faces off with Auckland University in the grand final of the ICC International Commercial Mediation Competition. UNSW Law took out first place in the global contest

“Their success illustrates UNSW Law’s leadership in dispute resolution, much of it due to the team’s wonderful coach Rosemary Howell, whose skill and commitment are legendary.”

The NSW Business Chamber, the state's peak business group, also commended the group and said he looked forward to welcoming them back to Sydney with their trophy.

"I want to congratulate everyone involved on their victory," said Chamber chief executive Stephen Cartwright.

“What it again highlights is what we’ve all known for some time – NSW produces the brightest minds in the country, and that expertise is being taken to the world."

The UNSW team beat Auckland University in the grand final mediation, which centred on a dispute over icing between a world-renowned pastry chef and an exclusive caterer to the stars.

They had earlier emerged triumphant in a semi-final against Universita degli Studi di Milano from Italy concerning a rare diamond sale gone wrong.

As part of their prize the students receive coveted internships at the ICC's Centre for ADR and the Centre for Effective Dispute Resolution.

UNSW Law will get a second shot at success on the global stage next month, when a separate student team will compete in the Philip C. Jessup International Law Moot Court global finals in Washington DC after finishing Australian runner-up. 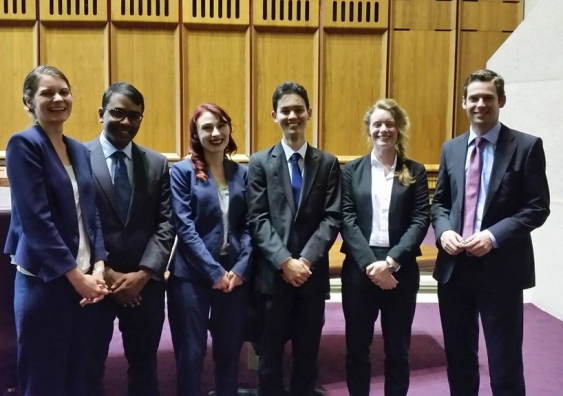 UNSW Law's successful Jessup Moot team, who will travel to the global finals in Washington DC next month after finishing Australian runners-up to ANU

Jessup is the world’s largest moot court contest, with entrants from more than 550 law schools in over 80 countries. The 2016 competition is focused on the legality of cyber-surveillance and cyber attacks under international law.

Though they were ranked first among all teams after preliminary rounds, UNSW finished second to the Australian National University following a close decider at the High Court of Australia, judged by Justice Michelle Gordon, Kate Eastman SC and DLA Piper’s Gitanjali Bajaj last weekend.

Team member Melissa Vogt was awarded a prize for being among the three best speakers in the preliminary rounds.

“Congratulations to the teams and all involved for their exceptional achievements on the world stage.”