A victory for Donald Trump in this US presidential election could result in a global trade war, says UNSW economist Tim Harcourt. 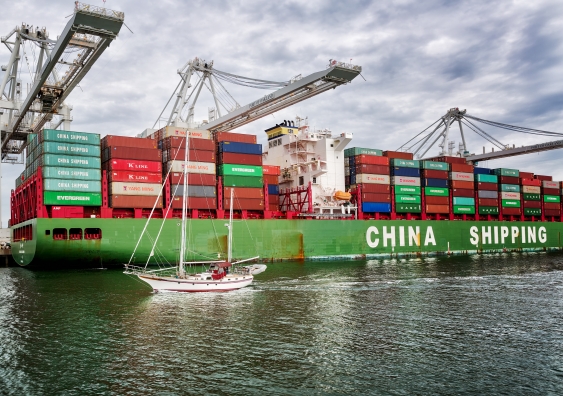 “A victory for Donald Trump in this week's long-awaited US presidential election could result in a global trade war, thanks to Trump's protectionist trade policies,” says UNSW Business School’s Tim Harcourt. “Mind you, any hint that he would be elected is likely to spark a sell-off in share-markets around the world.”

Harcourt is the JW Nevile Fellow of Economics UNSW Business School. He says a Republican presidential victory would also have potentially serious implications for trade-focused economies such as Australia.

“The problem is, Mr Trump has promised major personal and corporate tax cuts, and has repeatedly attacked China during his campaign, blaming the world's second-largest economy for stealing American jobs,” he says.

His protectionist policies, which include a 45 per cent tariff on Chinese goods and 35 per cent on Mexican goods, could hit global trade, according to Harcourt’s analysis.

“He would be the most isolationist, protectionist President since Herbert Hoover in the '20s, so it’s actually quite alarming for the world, particularly if he put up tariffs and cancelled trade agreements.”

Harcourt was previously chief economist at Austrade. As a trade specialist at UNSW he has studied the international trade landscape for many years, and can comment on all parts of Australia’s FTAs.

He adds that Hillary Clinton and the Democrats wouldn’t have an easy ride either. “They can’t just slow globalisation now, they need to renegotiate its terms.”

He warns that both candidates will have to watch out for the large swathe of the American electorate who feel like they’ve been squeezed by the harsh forces of economic globalisation on one side and the rise of identity politics in social policy on the other.

“They can’t continue to let the minimum wage slide and let the blue collar jobs – that once made America great – just disappear with nothing in their place. Something needs to be done, but it’s clear we have the failure of the moderate left, which has allowed inequality and labour markets to stagnate, while espousing free trade and open markets,” says Harcourt.