Opinion In a world first, Australia plans to force Facebook and Google to pay for news (but ABC and SBS miss out)

If the ACCC takes one of the tech giants to court for breach of the code, the penalty could be more than $10 million. 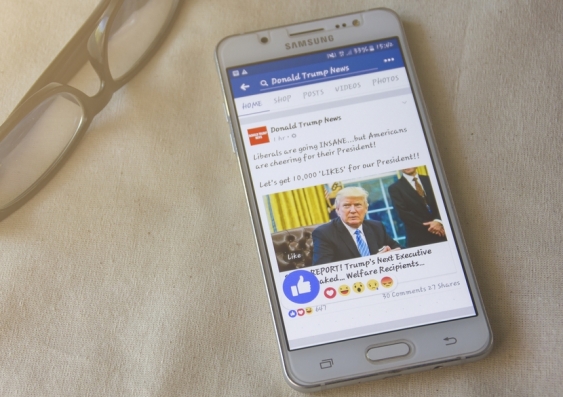 The ACCC's draft code allows commercial news businesses to bargain for payments when their articles are re-published by Google and Facebook. Image from Shutterstock

The draft code allows commercial news businesses to bargain – individually or collectively – with Google and Facebook, in order to be paid for news the tech giants publish on their services.

According to ACCC chair Rod Sims, the code aims to address the bargaining power imbalance between news publishers and major digital platforms, to bring about fair payment for news. As Frydenberg said:

We want Google and Facebook to continue to provide these services to the Australian community which are so much loved and used by Australians. But we want it to be on our terms.

The ACCC has previously found Google and Facebook’s failure to pay for news content is eating into the advertising revenues which fund journalism.

The code is set out as exposure draft legislation and an explanatory memorandum.

These set out the rules for who can bargain. To be eligible, a news business must have employed journalists, earn more than A$150,000 per year in revenue and be registered with the Australian Communications and Media Authority (ACMA).

And they must provide “core news”, defined as:

How will bargains be struck?

The code does not specify how much news businesses should be paid. Instead, it provides a negotiating process in which Google and Facebook must take part. The negotiating phase lasts three months and includes at least one day of mediation.

If there is no agreement at the end, the process moves to compulsory arbitration (by an ACMA appointed panel) which both parties pay for. The arbitration panel will then select one of the final offers in a process sometimes called “baseball determination”. Their decision will be binding.

WhatsApp (owned by Facebook) and Youtube (owned by Google) are not included. But if both parties agree, arbitration under the draft code could include other relevant digital platform services, too.

The ACCC will also be able to make submissions in the arbitration process (which the arbitrator can decide to consider or not). Under limited and unlikely circumstances, the arbitrator may adjust the more reasonable of the final two offers.

The draft code introduces a series of “minimum standards” for digital platforms to meet in their dealings with news businesses.

These include a requirement for Google and Facebook to give 28 days’ notice of any algorithmic change that will affect either referral traffic to news or the ranking of news behind paywalls.

This gives news businesses the opportunity to adapt their business models to ensure their content retains its prominence. More importantly, it means their negotiated revenue will not drop. It may also help in decisions about what content stays behind paywalls.

The same notice period is required for substantial changes to the display and presentation of news and advertising directly associated with news.

There will be an obligation on Google and Facebook to give businesses clear information about the nature and availability of user data collected through users’ interactions with the news.

This does not mean Google or Facebook must share the data itself — only that news businesses will be informed of what kind of data are being collected.

There are also obligations on the tech giants to publish proposals which appropriately recognise the media business’ original news on their platforms and to provide those businesses with flexible tools for user comment moderation.

In addition, Google and Facebook must allow news businesses to prevent their news from being included on any individual platform service. For instance, they may choose for an article to appear on Google Search but not Google News.

News businesses will be able to moderate comments more easily. This is important considering they can be sued for comments published on their posts via platforms such as Facebook.

ABC and SBS lose out

The ABC and SBS only benefit from the minimum standards imposed on digital platforms under the code. They are excluded from the remuneration process. The government said this is because advertising revenue is not the principal source of funding for public broadcasters.

Anti-discrimination provisions are expected to prevent Google and Facebook from prioritising publicly-funded news to take advantage of this.

Not a windfall, but still good news

The draft code won’t result in a A$600 million payday for news businesses, as Nine’s chair proposed in May. However, the negotiation and arbitration process does provide certainty of a positive commercial outcome for news providers relying on advertising.

There will also be more work required for Google and Facebook to give notice of algorithmic changes, which are managed in the United States. This obligation will mean adjustments to both the tech giants’ business models.

Google has already taken steps down this path by successfully negotiating revenue sharing with some Australian news businesses. In effect, it has created a benchmark for its position in the new negotiation framework.

Meanwhile, Facebook has argued “news does not drive significant long-term commercial value” for it. However, it said it was committed to following “sensible regulatory frameworks for digital news”.

A breach of the code by Facebook or Google could have a few potential outcomes. The first is an infringement notice which has a penalty of A$133,200 for each breach.

If the ACCC takes one of the tech giants to court, the maximum penalty is the higher of A$10 million, 10% of the digital platform’s turnover in Australia in the past 12 months, or three times the benefit obtained by the tech giant as a result of the breach (if this can be calculated).

The ACCC has previously had success against franchisers for breaches of the mandatory Franchising Code. It will likely be just as vigilant in policing the news media bargaining code.

The draft code is open for public comment until the end of August. The final version will likely be considered by parliament in September.

Google doesn't love the idea of paying for news in Australia and says proposed laws risk "the services we can deliver to Australians". Who saw this threat coming? https://t.co/HYA5UIqIqe via @newscomauHQ