Children and young people are likely to face the worst effects of climate change, but they’ve often been denied a seat at the table in global discussions on how to tackle the climate crisis. 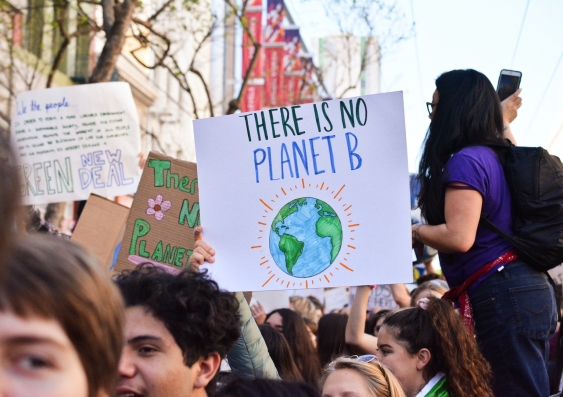 In the lead up to the United Nations Climate Change Conference (COP26) in Glasgow next month, several leading young climate activists from around the world will gather for the closing session of a nine-day conference on ‘Health and Human Rights in the Climate Crisis’. They’ll appear alongside global leaders in health, human rights and climate change policy, including former Prime Minister of New Zealand Helen Clark, UN Special Rapporteur on the Right to Health Tlaleng Mofokeng, former Director of Preparedness and Mobilisation at the Australian Department of Defence Cheryl Durrant, and former Assistant Director-General of the World Health Organization Flavia Bustreo.

Curated by the Australian Human Rights Institute at UNSW Sydney, the George Institute for Global Health and the University of Southern California’s Institute on Inequalities in Global Health, the conference draws together more than 30 international speakers across eight sessions. The conference will serve as a call to global governments to take urgent steps at gatherings like COP26 that recognise the link between the increasing burden on under-resourced public health systems, the exploitation of the natural world and altered climatic conditions.

“The future of climate activism lies with young people, which is why we wanted them to play a large part in our conference,” said Professor Justine Nolan, director of the Australian Human Rights Institute.

“They are demanding greater accountability from governments, business and international institutions for progressing action on climate change and they must play an active role in that process.

“The time for talk or ‘blah, blah, blah’ as Greta Thunberg might say, is over. It’s time for action.”

Young Australians in particular overwhelmingly want to see immediate action on climate change but have little faith their leaders will do anything significant, according to a recent survey from Foundations For Tomorrow, an initiative of the World Economic Forum. In recent years, frustration and anger at government inaction has led to a wave of international school strikes and legal action where courts are asked to define the rights of younger generations to a healthy future.

Ava Princi, who will speak at the closing session, is one of eight students who filed the class action Sharma and others v Minister for Environment in September 2020 on behalf of young people in Australia and around the world. The students alleged that the federal Environment Minister had a duty to avoid causing future harm related to the carbon emissions that would result from the approval of a proposed coal mine extension project in NSW, known as the Vickery Extension Project.

In May 2021, the Federal Court of Australia found that the Environment Minister has a duty of care to avoid causing injury to young people while exercising her powers to approve the new coal project.

“One reason I was inspired to become involved in the case is the fact that it was a class-action lawsuit, meaning we were able to argue on behalf of all young Australians,” Princi said.

“Young people – particularly young First Nations, disabled and rurally-located Australians – are the most vulnerable groups in terms of climate impacts, yet we cannot vote or run for political positions.

“It's important that young people have a voice in the climate movement and influence climate policy to overcome our political circumstances.” 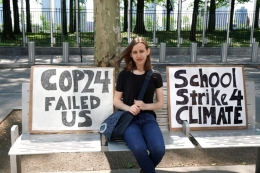 Joining Princi in the youth-focused session is US teen climate activist Alexandria Villaseñor, founder of international non-profit Earth Uprising. Villaseñor became an international voice in the fight against climate change after witnessing firsthand the devastation of California’s deadliest ever wildfires in 2018. Smoke triggered Villaseñor’s asthma and inspired her to research the links between wildfire disasters and climate change. She soon began striking in solidarity with Swedish climate activist Greta Thunberg as part of the Fridays for Future movement. For more than a year she missed school every Friday to sit outside the United Nations in New York City.

Villaseñor, Thunberg and 14 other young people representing 12 nations also filed an official complaint to the United Nations Committee on the Rights of the Child for violating the human rights of children in regards to government inaction on climate change.

“We’re here as citizens of the planet, as victims of the pollution that’s been carelessly dumped into our land, air and sea for generations, and as children whose rights are being violated,” Villaseñor said at UNICEF Headquarters in New York.

As COP26 approaches, Princi echoed similar sentiments to Thunberg’s recent excoriation of global leaders over too much talk and not enough action.

“I sincerely hope Prime Minister Scott Morrison will attend COP26 as we need to commit to more ambitious targets, including a moratorium on all new coal and gas projects here in Australia,” she said.

Health and Human Rights in the Climate Crisis: Charting Challenges and Solutions runs 21-29 October, 2021. Speakers, session and registration information is available at humanrights.unsw.edu.au/conference.