Just days before she is due to deliver an annual human rights lecture at UNSW, Zimbabwean lawyer and government critic Beatrice Mtetwa is again facing criminal charges. 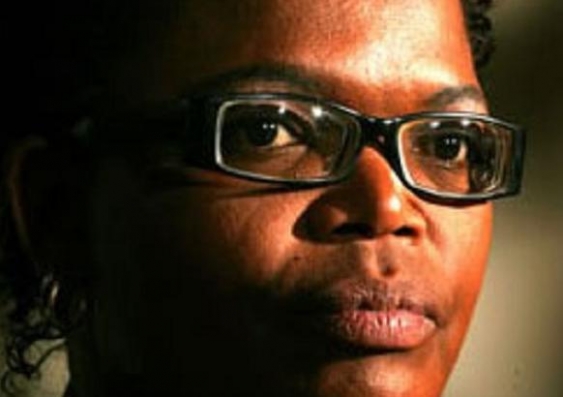 Just days before she is due to deliver an annual human rights lecture at UNSW, renowned Zimbabwean lawyer and government critic Beatrice Mtetwa is once again facing criminal charges.

Ms Mtetwa, who is internationally recognised for her defence of activists, lawyers, journalists, NGOs, and opposition candidates in Zimbabwe, is the only African other than Nelson Mandela to have received Europe’s prestigious Ludovic-Trarieux International Human Rights Prize.

She will deliver the 2014 Australian Human Rights Centre (AHRCentre) public lecture at UNSW on 22 May.

In March last year, she was arrested, beaten and ultimately acquitted of obstructing justice and “being unruly” during police searches of opposition leader Morgan Tsvangirai’s offices.

As she prepares to leave for Australia to deliver her UNSW address, Zimbabwe’s National Prosecuting Authority has announced it will reopen the case against her.

“This underlines the kind of intimidatory tactics that the Zimbabwean government continues to invoke against lawyers, journalists and human rights activists, especially those like Beatrice Mtetwa who have won cases against the state," said Professor Andrea Durbach, director of the AHRCentre.

“As the rule of law is under challenge globally – even in democracies where the indefensible is increasingly justified in ‘the national interest’ – Beatrice Mtetwa reminds us of the importance of accountability and the cost that comes with protecting the rights of those who live vulnerable and precarious lives."

What: The 2014 Australian Human Rights Centre’s public lecture – “Human Rights, the Rule of Law and Zimbabwe” presented by Beatrice Mtetwa

When: Thursday, 22 May. Doors open at 6.30pm. An abridged screening of the documentary Beatrice Mtetwa and the Rule of Law will accompany the talk, followed by drinks and canapés.

Register: All welcome, however bookings are required

About the speaker: The New York Times has described Beatrice Mtetwa as "Zimbabwe's top human rights lawyer". Ms Mtetwa has been a prominent champion of fundamental freedoms in Zimbabwe, against significant odds. In 2005, she won the International Press Freedom Award. The award citation stated: "In a country where the law is used as a weapon against independent journalists, Mtetwa has defended journalists and argued for press freedom, all at great personal risk." Ms Mtetwa has also been awarded the Ludovic-Trarieux International Human Rights Prize for her “defence of human rights in the world” and the Human Rights Award of the American Bar Association.