Funding issues aside, there's a case to be made for investing in a new Sydney airport, a high-speed railway link, and intermodal freight terminals and related infrastructure, writes Frank Zumbo. 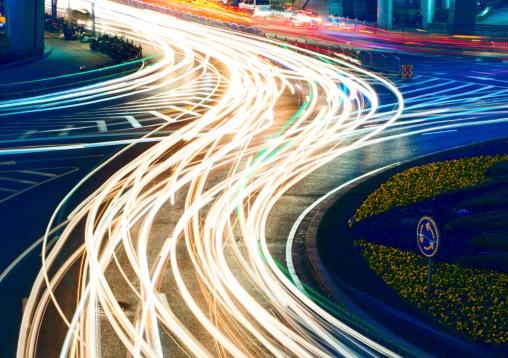 OPINION: All too often we suspect Australia's transport planning and policy lacks co-ordination and vision. Not since Dr J.J. C. Bradfield gave us the Sydney Harbour Bridge have we had a truly visionary transport planner.

It took decades for the bridge to reach its traffic capacity. These days, it does not take long for recently built bridges and tunnels to reach gridlock.

It is not only the lack of capacity in modern transport infrastructure that is the problem: the sad reality is there is poor, or nonexistent, co-ordination between different transport modes and infrastructure. We even struggle to co-ordinate ticketing systems.

The lack of vision and co-ordination in transport modes and infrastructure comes at a substantial cost to the economy and even people's health. Being stuck in congested traffic is stressful and adversely affects productivity.

Battling through traffic makes people tired and frustrated, even before they get to work.

Fatigued truck drivers stuck in congested traffic only lower productivity even further and add to the cost of transporting goods. Of course, there is also the growing social and economic cost of traffic accidents involving tired drivers.

So what is the answer?

Governments need to show leadership and and provide large slabs of capital, but private enterprise needs to supply money too.

Projects such as WestConnex in Sydney and a second airport for the city are a good start, but more needs to be done. A second airport is a no-brainer, but a high-speed railway link between existing airports in Sydney, Canberra, Melbourne and Brisbane, as well as a new airport in Sydney, would be visionary.

High-speed railway links for moving people and freight rapidly between the capital cities and transport hubs would offer so many benefits, on so many levels, that it should be getting urgent attention.

There would be higher productivity as people and freight moved around more freely. Other benefits would be fewer truck journeys and lower road maintenance costs from less wear and tear.

Linking Sydney, Canberra, Melbourne, Brisbane and a new Sydney airport at Badgerys Creek with high-speed railway would enable a freight transport hub to be promoted at each airport, catering for the rapid and efficient movement of air- and land-based freight.

So-called intermodal freight terminals could be built along the high-speed railway lines. Such a terminal could easily be built at an airport at Badgerys Creek, thereby providing a base for land and air freight, as well as for removing freight containers and trucks from Port Botany in Sydney.

The same rationale could readily justify sizeable intermodal freight terminals at airports in Canberra, Melbourne and Brisbane, or along the high-speed railway links between the airports.

Would the proposed high-speed railway link be visionary? Yes.

In Australia, vested interests and governments that have failed to show leadership have conspired against high-speed railway links and have even delayed a second airport for Sydney as a much-needed gateway to western Sydney, an area much talked about by politicians but where little has been tangibly delivered.

Elsewhere in the world, high-speed railway links and additional airports have sprung up to boost productivity and the economy.

Yes, funding would be an issue, but there is a case to be made for investing in a new Sydney airport, a high-speed railway link, and intermodal freight terminals and related infrastructure. Given the magnitude of the task, the burden will need to be shared between governments and private enterprise; they could be funded by a combination of land sales or swaps along the high-speed railway links.

A good example of smart thinking that would help fund an airport at Badgerys Creek and a high-speed railway link involves large parcels of land in Moorebank, a south-western Sydney suburb.

Already there is a federal government plan to build a massive intermodal freight terminal in heavily populated Moorebank, and there is a competing intermodal proposal by a private consortium for the same area.

Not only would such developments in Moorebank cause a traffic and pollution nightmare, it makes more sense to build an intermodal freight terminal at a new airport in Badgerys Creek. The very valuable land at Moorebank could be sold for residential and community development, and the money used to fund the new airport and related infrastructure. You would think a financially savvy Treasurer like Joe Hockey would quickly jump on the idea.