As the world’s sixth-largest economy and with the spotlight on it from 2014 to 2016, Brazil is now just too big for Australia to ignore, writes Tim Harcourt. 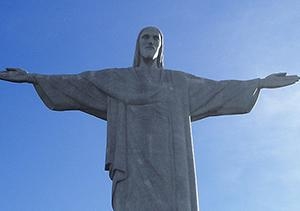 OPINION: We have recently witnessed Brazil being hit by mass protests not seen since the days of the military dictatorship, but apart from the Socceroos going to the 2014 World Cup and the Rio Olympics in 2016, does Brazil really matter to Australia?

Well, just like 10 years ago, if a country didn’t have a China strategy, it didn’t have an international strategy. The same has been said about having a “BRIC” (Brazil, Russia, India and China) strategy.

With Australia and Brazil historically not in each other’s sphere of influence, our country has typically ignored Brazil. But the times they are a-changin' as Australian companies look seriously at a number of Brazil’s industries.

First, at rocks and crops. Australian resources and agribusiness players are forging ahead in Brazil, where both countries have a comparative advantage. BHP Billiton and Rio Tinto are there (just like Vale is in Australia), and Australia’s CSIRO benchmarks itself against Brazil’s respected Embrapa in agricultural research.

Second, at alternative energy. Pacific Hydro has made headway with wind and solar power after some success in Chile. Their CEO Rob Grant says, “Australia and Brazil share several similarities, including geographical conditions and water supply, and the development of clean energy will be needed as Brazil’s middle class increases along with their expectations of having access to resources, food and water.”

Third, at the service, retail and education sectors. Westfield has made a strong investment in Brazil, and there are over 16,000 Brazilian students in Australia, with strengthening ties in architecture, urban planning, creative industries, sports, recreation and culture.

And finally, as the 2014 FIFA World Cup and the 2016 Rio Olympic Games approach, Australia has put its event-management skills into action. We are helping Brazil learn from the successful 2000 Sydney Olympics and other global events managed by Australians at home and abroad.

This is being spearheaded by the Australian Government through the Australian Trade Commission (Austrade) and its highly respected Business Club Australia programme. With the global spotlight on Brazil over the 2014-2016 period, the Australian government sees it as a vital time to show exporters and investors the opportunities at hand in the vast Brazilian market.

But we are not alone. Australia has only just realised that Brazil is already a major global economy. And as an agricultural, mining and aviation exporter, it is also a food, aerospace, resources and energy superpower, with Petrobras, Vale, Embaer, JBS Beef and Ambev some of the world’s most influential multinationals and investors.

We are not getting first-mover advantage either. Brazil has been attracting attention from many of the world’s most important international business diplomatic delegations from the US, Canada, Germany, Japan, China and increasingly the emerging powers of Asia, the Middle East and Africa too.

But Australian businesses have also found frustrations in Brazil in terms of bureaucracy, tax laws and infrastructure; they notice the social issues, too. And while Brazil has reduced inequality under presidents Luiz Inacio Lula da Silva and Dilma Rousseff, there is still a long way to go – as the protests highlight.

However, as the world’s sixth-largest economy and with the spotlight on it from 2014 to 2016, Brazil is now just too big to ignore.

Tim Harcourt is the JW Neville Fellow in Economics at the Australian School of Business, UNSW.

What’s in a game? Why sports economics is a big deal.