Opinion Asian century appetites are there for the feeding

The China resource boom may be over, but Australia can still turn its competitive advantage into economic outcomes that will drive regional prosperity for decades to come, writes Geoffrey Garrett. 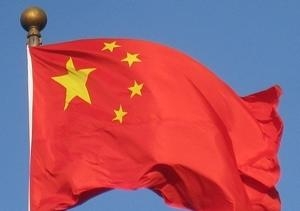 OPINION: Kevin Rudd made a disarming claim when announcing his return to the prime ministership: “The China resources boom is over." While this bold assertion merits unpacking, its core message is right.

In the short term, Rudd will try to fight the coming election on the basis that his team's economic management of the challenges post the China resources boom would be better than Tony Abbott's.

But the implications of this sea change in Australia's economic trajectory will reverberate long and widely. Most simply, the Prime Minister is rightly saying that Australia's economic future in Asia is about much more than selling the iron ore and coking coal that turn into the glistening new airports, skyscrapers and high-speed trains that inspire awe in anyone who visits the Middle Kingdom.

Moving beyond the China mining boom will mean focusing Australia's economic effort not only on other raw materials such as natural gas and food but also on services from finance and law to project management and hospitality. It will also necessitate strengthening economic relationships with countries beyond China, from the current heavyweights Japan and Korea to emerging titans India and Indonesia.

The Labor government decision to put more than $35 million behind a National Centre for Asia Capability, a partnership between Asialink at the University of Melbourne and UNSW's Australian School of Business, will help fuel this transition by broadening and deepening the Asia know-how and can-do of Australian business. But it is only the tip of a much larger iceberg when it comes to realising Australia's upside of the Asian century.

To understand Australia's changing economic position it is important to go back to the darkest days of the global financial crisis – to remember how boldly China responded and how much Australia benefitted.

Why did our exports to China boom while those to the rest of the world dropped? The answer is that the Chinese government went on a massive spending and lending spree to counteract 2009's 30 per cent drop in world trade that threatened to end China's 30-year economic miracle.

Australia was perhaps the biggest beneficiary of the Chinese stimulus because Beijing concentrated its efforts on physical infrastructure, not only on the coast from Shenzhen to Shanghai but also in interior megalopolises like Chengdu and Chongqing.

Steel was king, and Australia was perfectly placed to get rich building the castle with our abundant and proximate iron core and coking coal.

But now China is slowing down again. The smart money says new President Xi Jinping will not do another 2009 infrastructure spend because of rising fears about mounting debt and bad loans, property bubbles and inflation. Instead he seems committed to the path laid out in the 12th Five Year Plan (2012-2017) – more consumption and less investment, more private and less public sector, and more services and less manufacturing.

This new Chinese trajectory is just as responsible for the falling Australian dollar as is the spectre of the end of quantitative easing in the US.

But a weaker dollar is not a panacea. Rather it will only give Australia some breathing room to redirect its economic efforts. The first change is already taking place. Australia is poised to become the world's biggest exporter of LNG in the next five years, and the bulk of the gas is destined for Japan and Korea, not China.

We also know that Asia's emerging middle classes will have a stomach for better and more-protein rich food that the overcrowded continent can't produce on its own, an advantage for Australian agriculture, particularly in meat.

Australia has led the world in providing higher education to Chinese students for a decade. Now it must try to scale up the numbers of Indonesian and Indian students in our classrooms.

Because of the minerals and energy boom, Australia is at the cutting edge of the management of mega projects, not only in mines per se but in all the infrastructure from power and transportation to technology and logistics needed to get the minerals to markets. Indonesia and India are both in desperate need of all this infrastructure, and Australia is perfectly placed to provide the services to make it happen.

But to deliver these wins, Australia will need to understand better its Asian customers, their histories, cultures and aspirations as well as the myriad business cultures throughout the region. This is where the National Centre for Asia Capability will play a critical catalytic role, in turning our comparative and competitive advantages into economic outcomes that will drive Asia's growth and ensure Australia's prosperity for decades to come.

Geoffrey Garrett is Dean of the Australian School of Business at UNSW, Asialink's partner in the National Centre for Asia Capability.