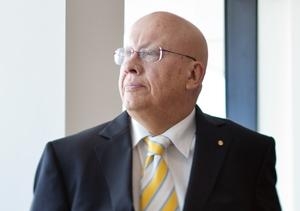 The settlement process for derivatives, cash and shares is a crucial component of trading activity, with clearing being the guarantee it provides that trades will settle, removing the counter-party risk via a third-party guarantee.

Incumbency of the clearing and settlement process, like incumbency in terms of the trading mechanism, confers considerable advantage to the ASX.

The much-heralded entry of Chi-X, providing competition in trading, has resulted in negligible loss of market share to the ASX.

This is testimony to the ASX’s preparedness for Chi-X’s entry, reflected in lower fees and revamping of the ASX trading system, as well as natural monopoly advantages.

Clearing and settlement, as embodied in the ASX CHESS system, probably has some natural monopoly elements, although not as much as in the trading system.

Hence, entry of competitive clearing house providers is unlikely to lead to any catastrophic loss of ASX market share in the short run but will put considerable downward pressure on ASX fees in a business segment generating 15 per cent or more of ASX revenue. Lower fees will encourage greater trading volume and liquidity.

As the ASX loses more statutory protection against entry in different areas of its business, it will be forced to become more innovative and competitive if it is to survive.

The raison d’etre of the ASX board in recent years has been to try to sell itself to the highest bidder– even when that bidder, the Singapore Stock Exchange, has a dismal record in comparison with its peers – rather than trying to improve its own performance.

Clearing and settlement, and in particular the ASX dominance of this activity, is one of those issues that led the Foreign Investment Review Board to reject the Singapore bid last year.

I am sceptical that one or two entrants into clearing activity would of itself lead to a change of heart by the regulator.

However, if there were to be thriving competition in clearing and settlement, together with a lot more competition in trading, and an overseas bid without close foreign government ties (unlike the Singapore bid), then the regulator is likely to be much more forthcoming.

This opinion piece first appeared in the Australian Financial Review