Opinion The Aussie dollar at US75 cents: good or bad?

A lower Aussie dollar is good news for exporters. But it’s bad news for home owners, and consumers and business that source inputs from abroad, writes Richard Holden. 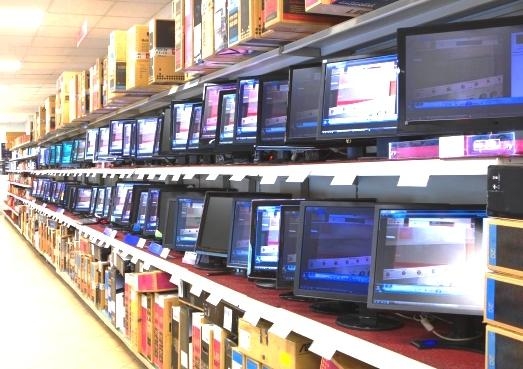 OPINION: In an interview with the Australian Financial Review last week, Reserve Bank Governor Glenn Stevens suggested the Australian dollar might fall to US75 cents in 2015. And he intimated that it wouldn’t be a bad thing.

A lower exchange rate makes our exports cheaper for the foreigners who buy them, and that increases their demand for our exports. Good news for natural resource exporters (iron ore and coal are our top two exports) and even universities: education is Australia’s third largest export, at more than A$15 billion in 2013. Because labour is paid in Australian dollars, an exchange rate-depreciation should increase revenues, but not costs per unit of output – so profit goes up.

It is this effect that people – Stevens included –typically highlight as a positive of a lower exchange rate in a small open economy such as Australia.

What is all too often forgotten – or at least glossed over – is the impact on imports. An exchange rate depreciation makes them more expensive.

Stevens is, of course, well aware of this, pointing out in his interview with the AFR that we would all be having more holidays at home as a result. He added:

“The price of petrol at the pump, which is falling at the moment, in Australia won’t fall quite as much as it might in America…for most of us the most direct impact is our purchasing power over foreign goodies is not as high as it was.”

Actually, it may be a much bigger deal than Stevens seems to think.

No, the Aspen ski trip-effect is not the issue. It’s the fact that we import a lot of high cost consumer durables and business inputs. When the price of durables, like flat-screen televisions and computers goes up, and there are no close domestic substitutes, people delay their purchases. This makes consumers worse off than they would have been, but it also imposes a big hit on the retail sector.

This might all seem like esoteric stuff: so you get a fridge with an internet connection a few years later than you otherwise would. But consumer confidence is incredibly important precisely because of the negative feedback loop that ensues when it falls. That is why Joe Hockey is constantly at pains to emphasise that Australian consumers should be confident. Even Stevens highlights the importance of consumer confidence on a regular basis.

The impact on business inputs is also important. A rise in the cost of inputs is a direct hit on the competitiveness of our exporters. And when the final goods are sold domestically the input price hit eventually translates into higher prices, also hurting consumers.

But the most interesting part of the Stevens interview was his discussion of interest rate cuts in the context of the value of the Australian dollar. He said:

“I don’t want to say that there are no circumstances in which we would consider further changes in the interest rate. I think that has to remain an open question. But I think it’s good that the exchange rate looks like it’s doing more of a normal role. But that’s to be welcomed, I think.”

Surprisingly direct for a central banker. My translation: “If the Australian dollar remained high I was going to cut the cash rate to push it lower, but looks like it’s going to 75 by itself, so not rate cuts any time soon.”

The markets seemed to think so. The probability of a rate cut in February fell from 40% to 16% after the interview. The chances in March fell from 70% to 50%.

And therein lies the rub. Mr Stevens is plainly trying to manage many different things: inflation, economic growth, housing prices, and the Australian dollar. And he’s only got one tool at his disposal: the cash rate.

Given low inflationary pressures because of constrained wage growth, a housing market that seems to be cooling, and economic growth still under threat, a rate cut (or two) seemed plausible. With Stevens’s desire to see a lower dollar – something a rate cut encourages – cuts seemed highly likely. But with the dollar falling because of the plunging iron ore price, maybe not so much.