We should listen more to the little Aussie battler and less to our opinionated billionaires when planning our long-term business strategies in China, writes Tim Harcourt. 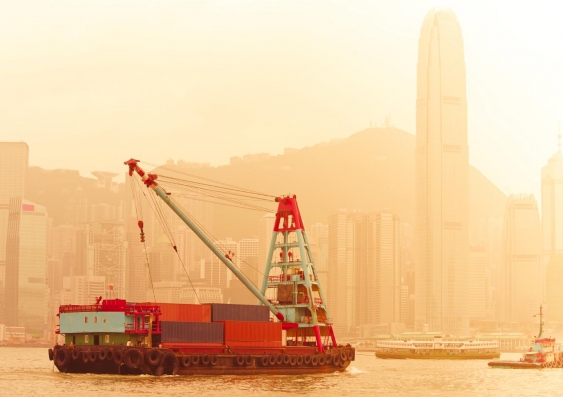 OPINION: We get a lot of free advice from billionaires about how to deal with our largest trading partner China.

First, we had James Packer – who has extensive Casino interests in Macau - who said we didn’t ‘bow enough’ or treat our trading partners with enough deference.

Then, at the other end of the spectrum, we had Clive Palmer’s outburst on the ABC and the subsequent follow up from another member of his party, Tasmanian Senator Jacqui Lambie, that strayed into the dangerous defence realm.

Both these billionaire interventions caused ripples in Beijing, particular the more colourful Palmerian references to ‘mongrels’ and ‘bastards’. Clive Palmer has since apologised. But does either really have an impact on the long term trading relationship between China and Australia?

If you look at all the Prime Ministers, from Whitlam to Abbott, all have forged strong links to China. For instance, Bob Hawke looked to China with his adviser Ross Garnaut’s report Australia and the North East Asian Ascendancy, Paul Keating supported China’s entry in the WTO, John Howard formed close ties with Hu Jintao on APEC, and Julia Gillard has her moment in Sino-Australian diplomacy with the renminbi currency conversion.

Now Tony Abbott has his big opportunity with a possible Free Trade. If Abbott is successful Australia will have forged a unique hat-trick of FTAs with our three most important trading partners – South Korea, Japan and China – in a year and a half. It’s a great achievement.

But while things seem to be going swimmingly at the highest level, are Clive Palmer and Jacquie Lambie tapping into scepticism or even fear in the Australian community? And is it justified?

To  answer that question, you have to say that China has played an important role in Australia’s economic development over the past three decades, in the same way that Japan did as it was industrialising in the 1950s, 1960s and 1970s. As a result China is our largest trading partner, accounting for $141,947 million or 28.2 per cent of total Australian merchandise trade.

So what’s the future of the Sino-Australia trade relationship?

While iron ore and coal is a big part of the story, Australia will move from the mining boom to the dining boom. Australia can’t feed China on our won but we can help China feed itself. Even so, expect ‘rocks’ (resources) to dominate the primary export ledger of ‘rocks and crops’ for some time to come.

In some ways, China’s development is as much about urbanisation as it is about globalisation and Australia will play a big role in servicing of the second and third tier cities, places like Chengdu, Wuhan, Chongqing, and Qingdao that my Chinese friends tell me are ‘country towns’. When I arrive I realise they are country towns of over 10 million inhabitants! This means opportunity for Australian architects like Place Design who moved their office from Brisbane to Chengdu to meet the insatiable demand for landscape gardening in Sichuan province, or Sunshine Coast horticulture company Bassett Bark that has found China to be a happy hunting ground. In fact the AGSM MBA Education course I teach “Doing Business in China” now includes western china – with Chengdu and Chongqing as well as the “Bright lights big city” of the coastal economic mega cities of Shanghai, Beijing and of course, Hong Kong.

In fact, the story of China’s structural reform is not only rural-urban migration but also transforming itself from being a nation of ‘shippers’ to a nation of ‘shoppers’. It wants to rely less on exports (shippers) and more on domestic consumption (shoppers) and investment. Middle class incomes are on the rise along with demand for consumer goods once considered a luxury in China. That’s why Rheem hot water (remember the jingle ‘install a Rheem’) is now based outside Chengdu to service the domestic market and BlueScope is based outside of Shanghai to transfer steel locally free of tariffs. Add to this the opportunities in the professional services sector like, architecture, landscape design, education and financial services (China still has a banking system that needs to mature and be more globally integrated.

In fact, Australia’s export relationship is more broadly based than people think at first glance. According to ABS data, over 5600 Australian small and medium sized enterprises (SMEs) now export to China (plus another 4900 via Hong Kong) and over 3000 are based there and are succeeding. Australian SMEs battle their way into China and over time many have forged a reasonable business through time and enduring relationships.

So, maybe we should listen more to the little Aussie battler in the SME sector and less to our billionaires when seeing how to succeed in China in the long run.

This opinion piece was first published in China Spectator.