Opinion Australia does not have a debt crisis - so just say no, Joe

Public confidence will be shaken if it becomes acceptable for governments to jack up taxes because they don’t approve of previous policies, writes Richard Holden. 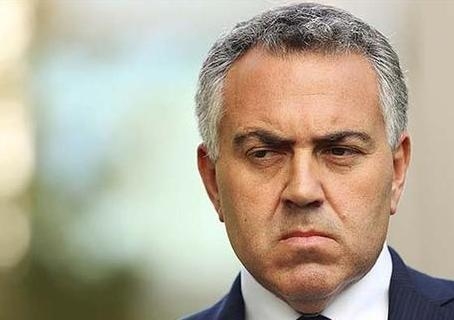 OPINION: In the lead-up to the federal budget on May 13 there have been the usual test balloons floated by the government. Raise the aged-pension eligibility age? A $6 co-pay for GP visits? Cuts to the ABC? And so on.

But the prize for the most “interesting”— and I mean that in the Ancient Chinese Curse kind-of-way — is the idea of a “debt levy”.

It’s a little hard to tell exactly what the idea entails since neither the Treasurer nor the Prime Minister will really talk about it, but it seems to be simple enough. Tax those Australians earning over a certain income level a special “one-off” amount and use the proceeds to pay down government debt.

Just like the flood levy and the East Timor levy, right? Actually, no.

The flood and East Timor levies were one-off responses to unusual budgetary shocks — one a natural disaster and the other a geo-political necessity. They made sense because they dealt with transient fiscal problems. But structural problems require structural solutions— not one-time levies.

When your local surf club has a fire not covered by insurance it makes sense, painful though it may be, for the members to kick in for the repairs. When the committee says they need a special levy to pay for recurring expenses like petrol for the inflatable rescue boat, there’s a change of committee at the next annual general meeting.

Labor’s response to the proposed levy is as revealing as it is disconcerting. Shadow treasurer Chris Bowen has barely stopped for air in repeating the line “But they said they wouldn’t raise taxes.” Really, Mr Bowen? That’s your problem with it? You’re okay with bad policy if it’s announced in advance?

I do give the shadow treasurer partial credit for borrowing a line from Ferris Bueller’s Day Off — but he missed the real voodoo in the government’s economics.

First, Australia does not have a debt crisis. Or, to put it another way, Australia does not have a debt crisis. Far from it. Commonwealth net debt is about 11% of GDP, the third lowest in the OECD (the average is 50%), and low by historical standards. Government borrowing rates are at all time lows. Indeed, it was only a few years ago that we were discussing how Australia’s debt being so low was a serious problem because it might lead to the government bond market drying up.

But isn’t all debt bad? I mean, shouldn’t the country live within its means and not spend more than it “earns”?

As Nobel Laureate and New York Times columnist Paul Krugman has pointed out repeatedly: government finances are fundamentally not like personal finances, for multiple reasons. One of them is the huge payback that social investments can deliver.

Government debt levels should typically not be zero. The Commonwealth government can borrow long term at around 5%. The social returns on wise social and infrastructure investments are often more than 15%. Not borrowing at 5% and lending at 15% is to miss huge opportunities. Governments can invest in projects that we never can as individuals: health care, schools, major infrastructure, national defence — and that’s what makes the large returns possible. It is just very different than thinking about maxing out your Visa card to go skiing.

But suppose you don’t believe any of that. The debt levy is still a bad idea. It won’t raise very much money, and it will set a terrible precedent.

Suppose there is a 1% levy on all incomes over A$105,000, for one year — that is, the top 10% of tax payers. This would, by my back-of-the-envelope calculation, yield about $1.9 billion in revenue, all else equal. That would reduce federal government debt by about three-quarters of 1%. That’s basically a rounding error in the scheme of things. So is it going to be bigger, longer, apply to more tax payers? It gets you thinking…

And there’s the “all else equal” part, so often overlooked in public discussions about taxes. If announced for the coming year, workers will rationally adjust the amount they work, hence earn, and hence pay in taxes. Economists of all stripes know that labour supply adjusts to taxes. The result would be not only less revenue than might naively be predicted, but slower growth and private spending as well.

Of course, it could be made to apply retroactively to avoid the labour supply issue. And this brings us to precedent. In this respect a debt levy would be truly disastrous.

If it becomes acceptable for governments to simply jack up taxes because they don’t approve of the policies of the previous government then public confidence will be shaken. It will create a climate of fear and uncertainty that will deter investment in physical and human capital — with potentially severe economic consequences.

One should feel a bit for Mr Hockey. He has got a really bad job. This budget won’t please many people, and it will entail some tricky politics. But it can, at least, be good grounded in good economics.

When it comes to the debt levy the Treasurer should heed the Reagan mantra. Nancy Reagan, that is, and “Just Say No!”

Richard Holden is a Professor of Economics in the Australian School of Business, UNSW.

Why treasurers should go back to economics school