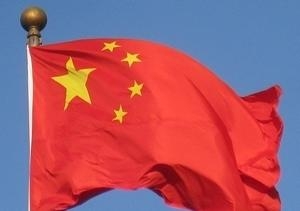 OPINION: Australian Prime Minister Julia Gillard's visit to China in April was of immense importance to her personal standing, the country's foreign policy and the future of Australia's economic relationship with China. China's relationship with Australia as export destination, source of import and trading partner has grown by leaps and bounds, and despite the occasional public relations skirmish, bilateral investment ties are pretty healthy too.

The highlight of Gillard's visit was the announcement of the convertibility of the Australian dollar into the Chinese yuan (or reminibi). This is good news for Australian exporters - especially small and medium-sized enterprises (SMEs) - which unlike Rio Tinto and Woodside don't have a large enough capacity to hedge on currency.

The number of such companies is not insignificant. According to new Australian Bureau of Statistics figures, nearly 5,300 Australian companies export goods to the Chinese mainland with another 5,024 exporting to Hong Kong (mainly as a base for the mainland market). This dwarfs most European destinations and even Northeast Asian giants Japan (2,773 exporters) and the Republic of Korea (2,187). When one adds the 3,000-plus Australian companies that have an office on the mainland, the importance of Gillard's announcement increases manyfold.

According to Sensis, more Australian SMEs export to China (and ASEAN member states) than to Europe, so the Chinese market is very important for them. Much will depend on the Chinese financial services sector's development - and Australian companies like ANZ, Macquarie and AMP are helping in this regard - but the convertibility move is a good first step on the long march to seamless economic ties between Australia and China.

The other main issue of Gillard's visit was a free trade agreement (FTAs) with China, which has been at the negotiation stage for nearly a decade. While FTAs with China incite passions in countries like the United States, Canada and the ROK, in Australia the response has been relatively benign.

In fact, when the DHL Export Barometer first surveyed Australian exporters about FTAs, more exporters wanted an agreement with China than with the US or Thailand - despite Australia's historical and defense ties with the US. According to the survey, 45 percent Australian exporters' opinion about an FTA with China was positive, another 45 percent was neutral and only 10 percent was negative. This compares to a 25 percent positive rating for an FTA with the US, and 21 percent for Thailand.

There was some opposition from manufacturers (although AIG member-exporters were quite positive relative to manufacturers competing with imports) and some mixed views on market access from the agricultural sector, but an overwhelmingly positive response from resources, education, tourism and professional services sectors. The view from China was primarily positive except for concerns about the impact of open access to agricultural products, although leading agricultural representatives have noted that Australian and Chinese agricultural interests are largely complementary.

But do we need an FTA at all? Key investments in both countries will continue with or without an FTA, but an FTA would provide a framework for streamlining the multiplicity of issues that have an impact on Australia's ties with a complex economy like China's. An FTA would certainly prove how important Australia has been as a friend of China's in key moments. Australia backed China's entry into the World Trade Organization and has supported it at multilateral forums despite the aggressive anti-China stance taken by its allies. For China, keen to ensure resource and food security to facilitate its growth and the prosperity of its 1.3 billion people, an FTA with Australia would be a desirable economic objective.

But what if China's economy slows down? There are signs of credit adjustment in China's housing market and tightening of its labor market. Indeed, Beijing's stance on currency is one of caution because of the social effects of wage-price inflation in a tight labor market. But the warning signs of the Chinese economy slowing down have not come just from foreign economists, but also from the Chinese authorities. China knows it has to adjust to slower economic growth and lay more emphasis on domestic savings and investment than exports. And to do so, it needs Australia's help.

Accordingly, the Australian prime minister's conversion offer, and overall framework for bilateral relationship, puts Australian in the right place at the right time.