Running government finances isn’t like running a household, or a business. It’s much more like being a car mechanic, writes Richard Holden. 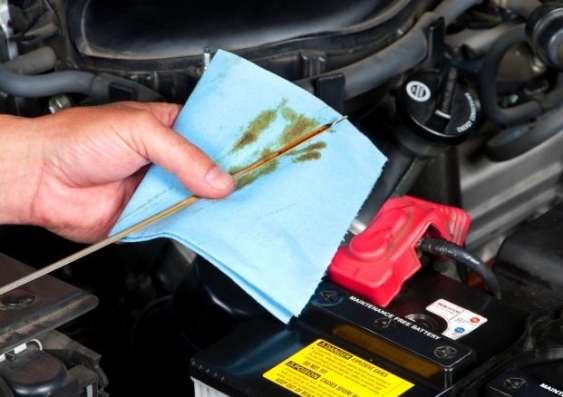 OPINION: Like it or not, a fair chunk of Australian political chatter this year is going to be about how to manage the economy — and about budget deficits in particular. Politicians need to find a narrative that resonates with the public when talking about any issue, and with economics it’s both particularly tricky and important. Just ask Joe Hockey.

Though tempting, traditional analogies about the national economy are misleading at best, and downright wrong at worst.

The most popular narrative about economic management is to compare government finances to household finances. “Families all over Australia balance their budgets and live within their means — and so must the government.” It sounds sensible and it resonates with many people. But it’s completely misguided.

The big difference between government and household finances is that households have a finite life (because their members do). At the end of that life something will be left behind: ideally some net assets, like a property without a mortgage attached. The desire that many of us have to leave a bequest to, say, our children is a powerful force. It leads us to try to accumulate wealth.

Typically we take on debt early in our lives: often a mortgage to buy a house or loans to pay for tertiary education. Taking on debt to purchase housing is rationally shifting consumption forward in our lives, and investing in education increases our earning capacity. But the bequest motive compels us to pay down that debt through prudent spending.

All good, but nothing like what the government faces. The government never dies (even when one political party leaves office) and it doesn’t have anything to leave behind. And that’s the fundamental difference between it and a household.

What about business, then? Surely that’s like government. After all, isn’t the government just one big “corporation”?

Actually, no. Businesses, in principle, can live forever — even if they’re taken over or merge. So that’s not the key difference between business and government. And notice that most businesses have a positive level of debt permanently. That’s precisely because good businesses have attractive investments to make, can borrow at lower rates than the expected returns on those investments, and expect to be around for a long time. So even if government was just like business it wouldn’t justify this “pay back the debt and stop paying interest” nonsense that the current Coalition keeps peddling. Subtext (with apologies to Simon & Garfunkel): “Where have you gone Pete Costello, a nation turns its lonely eyes to you?”

The big difference between business and government is that business gets told what its preferences are. Consumers decide what they like and how much they will pay for it. Of course, businesses can innovate, develop completely new products, and educate consumers. But ultimately businesses take inputs at market prices and convert them, as efficiently as possible, into outputs that someone wants to buy, also at a market price. This creates jobs and wealth.

That’s not to say any of it is easy. It’s just very different from what government does. Government doesn’t make stuff and it doesn’t create jobs or wealth.

Government as a mechanic for markets

What then, if anything, should government do? The answer lies in the fact that markets are great, except when they’re not. And it’s in the “not” part where government has a vital role that no one else can play.

Government can make sure markets work better by ensuring that true price signals are sent and information is freely available. If there is a social harm that isn’t factored into market prices and behaviour, then the government should tax it. For example, cigarettes are taxed because smokers cause pollution and impose costs on the healthcare system. Cigarette taxes cause the price of cigarettes to reflect part of this “social cost”.

So, too, with social goods. Philanthropy is subsidised through tax deductions because people don’t typically factor in the social benefit of such gifts.

Similarly, when markets are plagued by sellers with private information — like sellers of used cars who know whether their car is a “lemon” — they tend to unravel. I, as a buyer, rationally assume the worst about the seller’s car which means good sellers drop out of the market, leaving only lemons behind. The same adverse selection phenomenon happens in unfettered markets for all sorts of goods and services: from health insurance to stockmarkets. In these situations, government can play a vital role in stopping markets from breaking down through sensible disclosure requirements and incentives for good sellers not to drop out of the market.

Running government finances isn’t like running a household, or a business. Not even a little bit. It’s much more like being a car mechanic. The “vehicle” that does all the work is markets. But, just like a car, to run smoothly markets need to send and receive the right signals and information. And getting that right is a job only government can do.

So, Mr Hockey, in 2015 I hope you metaphorically don overalls, rather than suits or aprons.