Opinion Brazil - too big to ignore

Brazil’s key fundamentals, including its sheer size and vast ecological wealth, keep it firmly in the “too big to ignore” camp, writes Tim Harcourt. 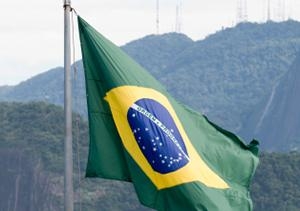 OPINION: For most of our respective histories, Australians have typically ignored Brazil. That is partly down to the tyranny of distance, as the two great southern lands are so far away from each other that it has been a case of “out of sight, out of mind”.

Brazil, with political instability and economic crises, seemed like a place with too many problems that it was best to keep away from (except at carnival time). More recently, the importance of our bilateral economic relationship with China sometimes seemed to leave little room to consider other emerging markets.

But times are changing and the rise of the new Brazil has seen many international delegations flying down to Rio (and Sao Paulo, Brasilia, Belo Horizonte, Porto Alegre and the rest of Brazil’s burgeoning metropolises) to seek stronger economic ties. Brazil is being overrun by international business diplomatic delegations from the US, Canada, Germany, Japan and China; and increasingly the emerging powers of Asia, the Middle East and Africa too.

Although we are hardly a first move, Australia has now joined the pack with significant investment in Brazil by Pacific Hydro; Westfield; and major resource, agribusiness and infrastructure players. The Australian government has also redirected resources to Brazil, while Austrade has made a strong push to strengthen ties with Brazil with its respected Business Club Australia programme when the spotlight hits the country with the FIFA World Cup in 2014 and the Rio Olympic Games in 2016,

So why all this attention? As we highlight in a new report, there are good reasons for Australians to pay more attention to this other great southern land.

Brazil is already a major global economy. It’s the world’s fifth-largest country by population and the seventh (on a purchasing power parity (PPP) basis) or sixth (on a US dollar basis) largest economy, accounting for between 3 and 3.5 per cent of world output (depending on how GDP is measured).

As an agricultural, mining and aviation exporter, it’s a food, aerospace, resources and energy superpower. Petrobras, Vale, Embaer, JBS Beef and Ambev are some of the world’s most influential multinationals and investors.

Granted, Brazil’s recent economic performance has disappointed. Growth last year slumped to less than 1 per cent and policymakers must manage a complex macro environment. But key fundamentals – including its sheer size and vast ecological wealth – keep Brazil firmly in the “too big to ignore” camp.

As a member of the BRICSA grouping (Brazil, Russia, India, China and South Africa), Brazil plays an important role in international affairs as we have seen in the World Trade Organisation (WTO) and G20 multilateral forums.

Brazil has undertaken a charm offensive in the developing world under the South-South banner. Under former president Luiz Inacio “Lula” da Silva, it opened 53 new embassies in Africa and has expanded its sphere of influence across the globe. The diplomatic initiatives have continued under President Dilma Rousseff: A Brazilian will be the next head of the WTO.

It’s because of China

Australia faces a resources rival in Asia. We saw at the height of the global financial crisis that Australia and Brazil were the two largest beneficiaries of the Chinese stimulus package, as their resources and energy stoked China’s rapid urbanisation and industrialisation.

It’s because of shared challenges

Like Australia, Brazil has had to manage the complexities of the resource boom, the challenges of Chinese investment into sensitive resource sectors, and the side-effects on the exchange rate from quantitative easing and the currency wars.

None of this is to deny that there are risks to Brazil’s outlook. Our co-author Patrick Carvalho (who outlines Brazil’s recent macro-economic achievements) has also warned of: “Weak infrastructure, inefficient bureaucracy and tax system, expensive and unfair pension system and despite some recent improvement, high crime rates.” As he reminds us, “economic development is a marathon not a sprint” And Brazil is some distance from the finish line.

However, for all of these challenges, as the world’s sixth-largest economy, Brazil is an important player and – like with the Girl from Ipanema – it’s Australia’s turn to do the wooing.

Tim Harcourt is the JW Nevile Fellow in Economics at the Australian School of Business, UNSW. He is the co-author, along with Mark Thirlwell, Fernando Cardim and Patrick Carvalho, of Great Southern Lands: Building ties between Australian and Brazil.