Opinion Can PwC transform itself? 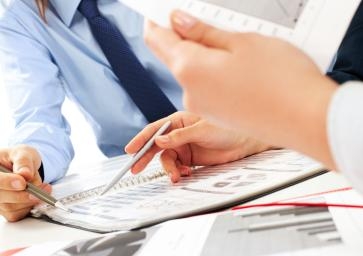 OPINION: In agreeing to buy high-end strategy consulting firm Booz & Co, international accounting firm PwC is attempting to reproduce the success of its Australian partnership. In the last decade PwC Australia has successfully transformed itself from an accounting firm, reliant on revenue from audit and tax services, into a genuine professional services firm able to offer its clients end-to-end solutions across a wide range of business areas.

Will the global company be able to repeat the success of the Australian partnership? This is not the first time that international accounting firms have tried to expand into consulting. In the 1990s international accounting firms aggressively expanded into areas such as IT consulting and the law in an effort to grow revenue by cross selling to their existing customer base.

This process came to an abrupt end with the collapse of Enron. Around the world accounting firms were forced to sell their consulting arms and even choose whether they would provide audit or advisory services to their client roster. However just as their partnerships in other countries were moving out of consulting and attempting to consolidate their hold on their traditional markets, their Australian counterparts were quietly re-establishing what they euphemistically called new advisory practices.

Faced with a small and stagnant market for tax and audit and with few opportunities to differentiate their service offerings, companies like PwC in Australia were in effect forced to re-enter consulting to survive and grow. As it happened, their timing was great. Starting in earnest with downsizing in the late 1980s and building steam in the 1990s with outsourcing and business process re-engineering, Australian organisations - private and public - have become increasingly reliant on external advice.

As the world becomes more complex and markets less certain, the growth of demand for business services has continued to grow apace. Consulting has become a large industry. The advisory parts of the big four are now as large, and in some cases larger, than their traditional accounting practices and certainly have been the cornerstones of revenue growth in recent years (although this has slowed over the last 18 months). PwC now has identifiable service lines across just about every aspect of consulting from risk management to digital change. And last week it launched a highly innovativeindigenous consulting practice with majority community ownership.

PwC Australia, and others in the big four, benefited from the collapse of distinct segments in the consulting industry. Increasingly the distinction between (high margin) pure strategy and the less highly paid execution work is eroding and firms are placing a greater premium on working with advisors that are able to provide them with a range of solutions across their business. Why pay Booz & Co to give you advice on a market entry strategy when they can’t help you with the change management and IT implementation issues that flow from it? The accounting firms were able to leverage their brands, existing relationships, scale and relatively less expensive workforce, that could be redeployed across different areas, to compete for work that was traditionally the preserve of high-end strategy consultants.

It’s really this end-to-end value proposition that the global merger between PwC and Booz is trying to create. But it can be argued that this is too little too late and it is unlikely that PwC will be able to reproduce the success of their Australian subsidiary. Firstly, it’s easy to exaggerate the synergies of these types of mergers and very difficult to realise them. Getting these two very different cultures to work as one will be a mighty challenge. It is doubtful that the partners at Booz, who rightfully claim to have invented consulting, will be prepared to take advice from their colleagues at PwC.

Secondly, and more importantly, the market has moved on. New low cost providers are entering the consulting space and are even starting to disrupt the market position enjoyed by the big four. In Australia, PwC and others are increasingly having to compete against Wipro, TCS and a range of firms from emerging markets that are able to deliver the same quality of work at significantly lower costs.

This is not to mention the rapid rise of crowd-sourcing, which has the potential to fundamentally disrupt the entire consulting industry. These changes mean that PwC Australia is again going to have to find ways to innovate to survive and grow. This time they might find other parts of the business watching them more closely to see what they can learn.

Nick Wailes is Director of the Master of Business & Technology and head of AGSM Online at UNSW.

Embracing the unknown is the key to tapping workplace talent

How the gender balance increases the company bottom line