Opinion Challenge is to chart way through China’s shoals

The Prime Minister is right to point out that the slowing Chinese economy is to blame for Australia's downturn. But his "end of the China boom" slogan only tells half the story, writes Geoffrey Garrett. 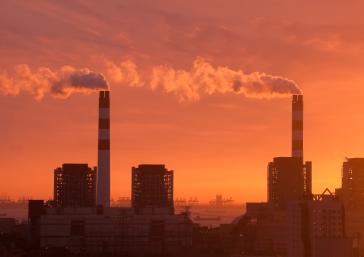 OPINION: The latest interest rate cut to an all-time low of 2.5 per cent shows just how worried the Reserve Bank is about the slowing Australian economy.

Kevin Rudd says that he is the man to steer the country through the downturn because he saved us from the global financial crisis four years ago. Tony Abbott says that the economy is weighed down by Labor’s post-GFC profligacy and that the cure is to cut spending and waste.

Voters should ask themselves two questions about these politically convenient narratives.

First, was it the Rudd government’s fiscal stimulus that saved us from the ravages of the GFC?

Second, is cutting spending the best way to reverse the current slowdown?

The one word answer to both questions is “no”, and the biggest reason is “China”.

Rudd is right to try to focus our attention to the profound impact of the Chinese economy on Australia. The huge wave of investment in new Australian mining and energy projects over the past five-plus years has peaked and is slowing. Commodity prices have fallen considerably from their post-GFC highs.

The Prime Minister is right to point out that the slowing Chinese economy is the culprit. But his “end of the China boom” slogan only tells half the story.

Chinese policy was the reason commodity prices and mining investment were so stratospherically and improbably high in the first place. Visit the Middle Kingdom and you cannot help but marvel at all the skyscrapers and airports, high- speed rail and underground transport systems, and highways, bridges and ports that have been built seemingly overnight in far flung mega-cities few of us have ever heard of.

Chinese investment in infrastructure has long been large and impressive. But it was turbocharged after the fall of Lehman Brothers in late 2008 – and the infrastructure was built with steel made in China from mountains of Australian iron ore and coking coal. With the US and the West reeling into recession, global trade plummeted by 30 per cent in 2009. This could have been curtains for China’s post-Mao economic miracle. In a desperate attempt to avert this potential disaster, the Chinese regime went on a lending and spending spree at least as big as that of the US at ground zero of the crisis. Hu Jintao’s government succeeded spectacularly, and Australia was a major beneficiary. Our exports to China literally doubled from $39 billion in 2008-9 to $77 billion in 2011-12, with fully $50 billion in iron ore and coal alone. Over the same three-year period, Australia’s exports to the rest of the world fell, from $192 billion to $187 billion.

As the world swooned, Chinese infrastructure and Australian mining boomed. The Rudd government’s spending on cash giveaways, school halls, pink bats and the NBN didn’t save Australia from the worst of the GFC. Some of the stimulus may have helped at the margins. Much of it may have been squandered. But the Rudd stimulus was a sideshow compared with the China boom.

Fast forward to today and China is a very different country. President Xi Jinping is worried about too much government investment, too many bad local government loans, and too high inflation and asset prices. He is in no mood to undertake another large-scale infrastructure stimulus because he wants to let some air out of the Chinese balloon, rather than ring the alarm bells as in 2009.

So Chinese growth is slowing, its demand for minerals and energy is weakening, and the government seems committed to riding out the transition. Good news for China and the world economy in the long run. But bad news for Australia in the short run.

Abbott may well be right that the post-GFC stimulus was ineffective and wasteful. But we got away with it because of how China responded to the crisis. Now that China looks more accepting of its slowdown, and Fed chief Ben Bernanke is bound to wean the US and the world off five years of zero interest rates, RBA governor Glenn Stevens clearly believes Australia must try to stimulate at home.

Shadow treasurer Joe Hockey is right that more RBA action tells us just how much trouble the Australian economy is in. But he and Abbott are wrong to argue that cutting spending, the exact opposite of what the RBA is doing, is the right medicine for the economy. This probably explains why the Coalition is reluctant to put a certain date on a return to surplus. It also explains why it is focusing on tax cuts that will stimulate investment, growth and job creation – killing the mining and carbon taxes, and cutting company tax – as much as spending cuts.

The bigger point is that the Australian economy is a cork bobbing in an ocean where many of the biggest waves come from China. How we should respond is the biggest question in the election. How the next government responds will be the biggest story for the economy.