A recent guided tour through Colombia’s business community demonstrates that the place has much more to offer Australia than drug violence, but getting the word out is a challenge, writes Tim Harcourt. 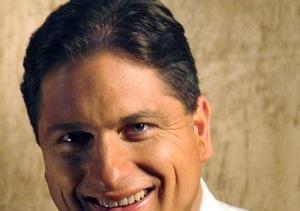 OPINION: There’s been a lot of research into the economics of country “brands” and how they affect perceptions in the same way that the Apple or Coca-Cola labels influence consumers.

Even the Australian government got in on the act with its “Australia Unlimited” campaign. The research, the gurus say, is very important, as we think about other countries only for a brief moment of time in our lives. And unless the country is a superpower or a close neighbour, we spend very little time thinking about other places at all.

For those who say that a country’s brand doesn’t matter, just look at Colombia. For years, the country’s reputation was dogged by images of cocaine wars and drug cartels. But on a recent tour of the place, I realised how different perception is from reality.

At the conferences I attended there, delegates and business people had an overwhelmingly positive view of Australia’s economic capability and a keenness to engage in institutions such as APEC. Australia has a good reputation, with strong multilateralist credentials.

As the director of Colombia’s National Business Association, Sandra Salamanca Rosa, explained: “Australia is an emerging investor in Colombia’s resources sector.” BHP-Xstrata, Ludowici Range, Cerromatso (BHP’s nickel division), Sedgeman and Downer EDI were all playing a major role in Bogota, she said, along with Orica, Qantas and QBE.

Salamanca Rosa speaks fluent Mandarin and her savvy business and language skills were on display as she showed Australian business delegates around Cartagena, on the Caribbean coast of the country, during a major oil and gas investment conference.

But it was in Medellin that you could really see the new Colombia in action.

Medellin is in the centre of Colombia and it was the centre of the drug wars. It has a very young population and large reserves of human capital. The professional workforce is highly educated and service oriented.

On a helicopter ride around Medellin and the surrounding historical town of Santa Fe, the 35- year-old head of the state department of productivity and competition, Maximilliano Valderrama, explained: “Colombia’s main resource is our people. Given the past and its impact on our national image, we have to work twice as hard as everybody else to show what we can do.”

Many Colombians do MBAs and other higher degrees in Australia, the US and Europe, but Valderrama says they all want to come back to Colombia “to build a new society”.

His observations are supported by empirical research by Maria Beamond, a Colombian-born but Brisbane-based researcher who looks at human capital migration between Latin America and Australia.

According to Beamond, the preference among Latin American graduates, including Colombians, is to work for one to two years in Australia after finishing their studies. They seek to join a company with business operations in Colombia in the hope of subsequently being transferred to the head office at home.

In fact, education is a big part of Colombia’s relationship with Australia, along with mining and professional services.

There are now about 10,000 Colombian students in Australia, which makes it the second most important source of students from South America, after Brazil. And the University of NSW has a fair share of those bright young Colombians. I noticed it on campus after getting back – that famous Colombian service culture Valderrama spoke of.

You see it in the shops of Bondi Junction and Sydney’s other eastern suburbs, as many Colombian students at UNSW work part-time in the local retail industry.

In turn, Australia’s new interest in Colombia has been crystallised by the appointment of experienced diplomat Crispin Conroy to a new Austrade office in Bogota.

Conroy sees Colombia as one of the new emerging markets in Latin America ripe for Australian investment.

“The security issue is not resolved but it has changed significantly and the Australian brand’s strength in Latin America is at its highest in emerging markets like Colombia and Peru, just as it has been in Chile,” he says.

The new opportunities may enable Australia to see Colombia in a different way in the future.

When it comes to country branding, perception matters as well as reality, and a new generation of Colombians (many of whom will be Australian educated) have a chance to put it right on the world stage.