Opinion To create a fairer super system, keep gender out of it

Those keen to address the gender imbalance in superannuation might want to keep sex out of the equation and instead boost the savings of low earners and informal carers, argues Rafal Chomik. 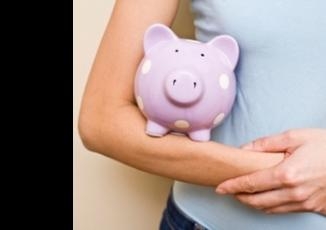 OPINION: Positive sex discrimination, if it occurs at all, tends to be implemented through recruitment quotas to senior positions or boards. Rarely does it take the form of higher remuneration.

Yet, financial services company Rice Warner Actuaries last week announced that it will be taking exactly that approach, paying all female staff an extra 2% in superannuation.

The firm went as far as to apply to the Australian Human Rights Commission for an exemption under the Sex Discrimination Act. Its rationale for the move is based on redressing gender imbalances in a retirement income system that is gender-blind but that, on average, yields poorer outcomes for women. It raises an important question: can such a gender-blind pension system be modified to promote gender equality without the need for affirmative action?

Some people may feel uncomfortable about pay differences based on sex and the Commission’s sanction cannot prevent an aggrieved man from taking the firm to court for discrimination.

The figures show that women are indisputably less well off than men in old age. On average, women save less for retirement because they earn less. Those working full time earn 18% less than their male counterparts and women are also more likely to take career breaks or to work part-time because of caring responsibilities. In the event of divorce, women have a limited claim on their husband’s retirement nest-egg, which is likely to be on a higher trajectory thanks to men’s higher pay and hours.

There is another reason why women’s retirement incomes are lower: they live longer on average so have to spread their savings over a longer period. At age 65, Australian women’s life expectancy is around 22 years, compared with 17 for men. So even if employment patterns were the same, the average woman would need higher contributions to achieve the same level of annual retirement income as a man.

There are therefore good reasons for intervention. But to avoid protracted and expensive lawsuits, those who want to address the gender imbalance might wish to take sex out of the equation. There are a number of alternative ways in which gender inequality in superannuation can be addressed, while also targeting those who are most in need and doing so beyond the already redistributive function of the age pension. Boosting the savings of low earners and informal carers is a good start.

For low earners there are government co-contributions in place already and the Low Income Superannuation Contribution introduced last year will start boosting super savings this financial year. The government estimates that around 60% of the 3.6 million beneficiaries will be women. This welcome approach could be reinforced if we are to combat super inequality at a policy level, however, the Coalition plans to abolish the Low Income Superannuation Contribution if elected.

At the corporate level, companies worried about inequality might be better to offer higher contributions to lower earners, which in most cases would also increase the savings of female staff disproportionately.

There has been less policy development with respect to offsetting superannuation shortfalls for informal carers, though the Human Rights Commission has made some recent recommendations in this regard.

In some countries, caring responsibility results in credits or top-ups in the pension system, potentially linked to parental leave periods. The paid parental leave schemesproposed by both the Coalition and the Greens would achieve something similar. Whichever party wins the election, they could go even further by considering super top-ups for informal carers unable to work, such as those receiving carer benefits. Pension subsidies for caring tend to be rare in “defined contribution” systems such as we have in Australia, but they do exist and can come some way to address inequality.

Finally, differences in annual payouts that stem from different life expectancy could be addressed by mandating unisex annuities which would see annual payments from Super based on the average life expectancy of men and women. Men would thus be subsidising women, without explicit discrimination.

Rafal Chomik is a Senior Research Fellow at the ARC Centre of Excellence in Population Ageing Research, UNSW.