Contrasting the recent history of the dairy and milk-processing industries in Australia and New Zealand is illuminating, writes Jenny Stewart. 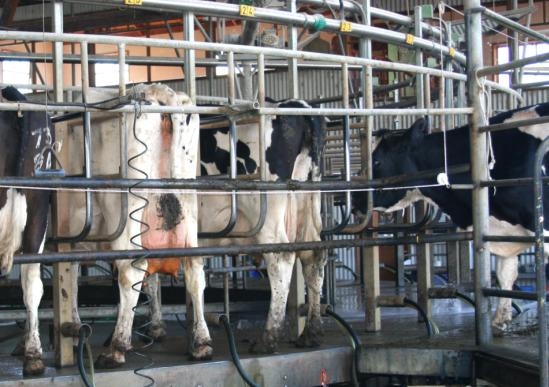 OPINION: While at the everyday level the ties could hardly be closer, Australians and New Zealanders take little notice of each other when it comes to politics. New Zealand's recent general election, which resulted in the return to power of National party leader John Key, attracted little attention this side of the Tasman. Yet there is much to be learned, in both political and policy terms, from our Kiwi neighbours.

Somewhat surprisingly to Australian ears, Key announced that he was keen to re-form the alliance with the three minor parties that had underpinned his previous government and duly did so, despite his party coming close to winning government in its own right.  At least from the NZ Nationals perspective, governing alliances are seen as a plus, rather than simply a necessity for hanging on to power.

In fact, New Zealand has come a long way, in terms of its public policy development over the past thirty years. Having rushed to the brink of a deregulatory Armageddon under Labour in the 1980s, the pragmatic Kiwis decided that their majoritarian single chamber unitary state needed a strong dose of proportional representation, in order to bring more balanced perspectives to bear on the country's future. This they achieved in 1996 by introducing a new, two-tier electoral system, which included multi-member as well as single member electorates. The result, as desired, was that it became more difficult for any one party to win government which produced, in turn, a much more consensual style of politics. While there have been some rough passages, and the strain on leaders is immense, New Zealanders seem to be well-satisfied with the outcome.

Comparisons are always difficult and Australia and New Zealand are very different countries – Australia a large, sprawling, resource-rich, drought-prone federation, New Zealand a much smaller, more compact unitary state without minerals or gas, but with a rich countryside ideal for farming.  Nevertheless, having undergone its revolution, New Zealand appears to be reaping the benefits in terms of agricultural policy trajectories that are much more in tune with the realities of international trade and of popular sentiment than is the case in Australia.

Let's consider the recent history of the dairy and milk-processing industries, significant activities in both countries. The contrast is illuminating. Over the past twenty years, the major policy preoccupation in both countries has been the deregulation of these industries in order to promote efficiency. However, from similar starting points, the trajectories of the two industries have been quite different. In New Zealand, despite some misgivings from competition authorities, a vertically integrated, farmer-owned company, Fonterra, was established in 2001. Fonterra's performance, together with well-aligned consultative processes run by the relevant ministries, stimulated the rapid growth of the New Zealand industry, and its penetration of export markets in 151 countries. Between 1989 and 2009, New Zealand production grew by 77%, with the total herd size roughly doubling. Almost all the output was either exported or processed. Over the same period, Fonterra also invested significantly offshore.

By contrast, over the same period, the Australian industry grew only slowly, experiencing multiple problems relating to inconsistent food standards regulation, industry rationalisation, and workforce decline. (It is difficult to attract young workers to an industry where farm gate prices barely cover the costs of production). The size of the national dairy herd was the same in 2007 as it had been in 1980. While exports grew quickly in the 1990s, they contracted in the period to 2007, reflecting drought conditions in those years.  However the impact of deregulation of price supports in 2000 (by the Commonwealth and state governments) and successive ownership changes in key parts of the industry also had an impact. While farmers received ample compensatory structural adjustment payments, this policy proved a highly expensive mechanism for an industry rationalisation that has produced stagnation rather than growth. Between 2012 and 2013, Australian milk production actually fell.

Overall, the Australian industry is now regrouping, but there is a shortage of capital for expansion, and the Kiwis (as well as other competitors) have gained a head start in the Asian markets that, we keep telling ourselves, are so important for future growth. Various financing vehicles are under consideration, but it will be foreign investment, whether direct or indirect, that will guide the industry's future direction in Australia.

Already, Chinese dairy group Ningbo has proved proactive, purchasing dairy properties in Tasmania and in Victoria's Gippsland. Pension funds based in the EU and the US are also showing interest in Australian farms. By contrast, the New Zealanders, with a much stronger industry, can afford to be picky. There is also, courtesy of the political system, a more critical attitude towards the purchase of farmland by overseas interests. In New Zealand, approval is required for foreign purchase of farms greater than five hectares. Approval depends on the purchase being shown to be in New Zealand's national interest.

In this regard, the New Zealand policy is, undoubtedly, in tune with the views of most Kiwis. With its laissez-faire attitude to land-ownership, Australia's free-market policies run counter both to popular sentiment in this country and to policy practice in the EU, the US and many other countries. Having reached such a low point, some might argue that there is little alternative to the expansion of Australian-based dairy production being undertaken by overseas interests. At least the foreign owners, if they are exporting, will not be subject to the pricing policies of the Australian supermarkets. But the Australian industry should never have been allowed to lose momentum to the extent that it has. With a bit more policy imagination, less deregulatory zeal and more government-business savvy, Australia might have had its own Fonterra.