Opinion Despite the GFC, our exporters have held their own

Australia has an export base that is spread far and wide across the globe but concentrated enough in the bigger markets for exporters to get a good bang for their buck, writes Tim Harcourt. 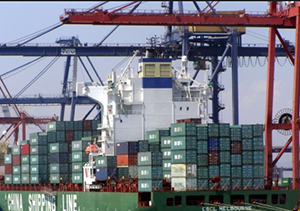 OPINION: The Global Financial Crisis (GFC) of 2008 really took its toll on the North Atlantic Economies. And for Australians we realised how we well have managed our own economy – with a well targeted and timed – stimulus package, and how important our economic ties with Asia and the emerging world have become.

One aspect of the GFC that has not been discussed much is whether exporters – particularly small and medium sized enterprises (SMEs) – have abandoned Europe and North America and focussed their efforts on Asia entirely. Has the famous ‘Tyranny of Distance’ (as the celebrated economic historian Geoffrey Blainey termed it) turned into the “Power of Proximity’? Did the GFC make a big difference in SME exporter behaviour in terms of choice of destination, or did it just accelerate a trend that was already happening?

Fortunately, courtesy of some new research from the Australian Bureau of Statistics (ABS) we now are getting a better handle on some of these questions. When I was at Austrade I asked the ABS to start collecting this data because when it came to trade most data was concentrated on the top end of town and less so on SMEs. And most trade news tends to be ‘big picture’ whether about the Doha round in the World Trade Organisation (WTO), G20 summits, Free Trade Agreements (FTAs) or in more recent days the US-EU trade pact.

However, whilst these big developments are important, their focus is mainly on export revenue and the gains at the top. But what about the exporting companies then? How many are there and where are they heading?

First of all, we now know that there were 44,751 exporting businesses in the ‘exporter community’ in 2011-12.  This tally comprises 43,080 goods exporters and 2,937 service exporters – although the count excludes in-bound services (like tourism and education) that are also important to the national export effort.

The exporter community can be broken down by market destination for goods as well and the results make some pretty interesting reading.

First of all, our Trans-Tasman cousins, New Zealand were top of the pops, with 16,449 Australian businesses having exported to the shaky isles in 2011-12. This indicates that many exporters traditionally find exporting ‘across the ditch’ relatively easy and that Kiwiland is a good ‘nursery’ to start with when learning the craft of exporting.

However when you compare to the pre-GFC days where there were 17,817 exporters to NZ, there has been a slump. This may indicated that the kick-start given to exporting from the Australian New Zealand Closer Economic Relationship (CER) is a long way in the past and the Australians and Kiwis need to think beyond trade to breathe new life into Trans Tasman economic reform. It may also be that both Kiwi and Aussie businesses have squeezed all they can out of the bilateral relationship and are now heading towards third markets thanks to the deal we have together with the ASEAN states (the AANZFTA pact forged by Simon Crean when he was trade Minister) or across the Pacific to Chile.

The United States is second, with 8797 exporters.  Many small and medium businesses get their start in the USA as they are attracted by the size of the market.  But the numbers have actually fallen to the USA over the past 5 years with the sub-prime crisis taken its toll. Did the Howard Government’s much heralded FTA with the USA do much? It’s doesn’t look like it on these figures – Austrade in fact had to close a number of USA posts – but in some ways the FTA was more about two way investment than trade.

Singapore is in third place with 6226 exporters. Singapore is slipping due to domestic economic pressures and improvement in other ASEAN economies and other attractions in the region.

The big story of course is China with 5493 exporters, a gain of over 1200 in 5 years and now in 4th place and close to medal contention. China has not only overtaken Hong Kong in the exporter stakes, it has also taken over the UK. The data shows a weakening in ‘entrepot’ economies like Singapore and Hong Kong who traditionally tend to have lots of wholesale trading houses and act as a hub port for exporters (and importers). For instance, Singapore has played the role of a gateway port for South East Asia, whilst in the past; Hong Kong has played a similar role in the North East Asia – particularly before China opened up more to international trade and commerce.

But now exporters can go straight to China, and they do. China’s position supports the Sensis survey that showed many SMEs looking to the Middle Kingdom as an export destination – joining the larger Australian blue chip corporates such as Rio Tinto, ANZ, AMP, Elders, BHP Billiton and Woodside who have been in Beijing for some time. China is a happy hunting ground for Australian SMEs who too are learning to ‘hug the Panda’.

Next comes Papua New Guinea on 4967 exporters a gain of 980 over 5 years. The data shows the importance of our near neighbours to small business exporters with three Pacific destinations in the top ten. Although Fiji is losing ground – coups are not always good for business.

Then comes the UK with 4759 which has slipped behind China, HK PNG as the Empire slowly loses its crown. The GFC has clearly weakened the UK as an exporter destination. However, in the UK’s case, the UK is still light years ahead of any other European country, indicating that many Australian exporters (like our pop-stars) head to Britain (because of cultural and historical links etc) and have use the UK as a base to expand into Europe and the rest of the world. A phenomenon known as ‘The Kylie Effect’.

The Eurozone crisis hasn’t helped matters, thanks to the Greek Crisis (see the forthcoming movie ‘My Big Fat Greek Debt’) there are only 163 Australian exporters selling goods to Greece to the value of only $30m. Our export trade to Christmas Island is more valuable than to Greece and there are more Australian exporters in Colombia, an up and coming economy in South America.

Then comes ASEAN neighbour Malaysia on 3616, and Japan on 3148. ‘Abeconomics’ is reviving Japan’s fortunes but still very few Australian businesses set up in Japan. Thailand has improved its standing as a gateway to the Mekong Delta region and being an epicentre of manufacturing, tourism and professional services.

The ‘second top ten’ is still heavily focussed in Asia but includes both mature and emerging markets. Germany attracts 2598 exporters followed by Indonesia on 2584 Then comes South Africa on 2320, Australia’s key African entrepot in Africa, Canada on 2309, South Korea on 2239, India in 2125, the UAE on 2124 followed by Taiwan on 2027. New Caledonia also continues to hold its place in the top 20 just shading out The Philippines.

It should be noted in the analysis that many exporters have multiple destinations, so they may be counted twice in terms of country though not in the region. The analysis of company numbers is also not necessarily a reflection of value. For instance, whilst New Zealand attracts almost 16,500 exporters and Japan only around 3,148, the value of those exports to Japan was over $51 billion, whilst New Zealand’s was worth just over $7.5 billion.

Does the data change over the years? From the limited data available, the top 20 remains pretty stable with a few countries changing positions. However, if you look at longer term snapshots, you see a bit more movement. For example, a comparison of the 1989-90 rankings with the present shows - you guessed it – China charging up the table. And even in five years China has leap frogged Hong Kong and the UK.

In conclusion, in terms of exporters, we have an exporter base in Australia that is spread far and wide across the globe but concentrated enough in the bigger markets to get a good bang for their buck. And exporting seems to be delivering to all Australian exporters – both large and small. UNSW research shows that exporters, on average, grow faster, are more profitable, more innovation and pay higher wages than non-exporters. The micro-economic performance of Australian exporters will be very important as Australia engages in the world economy in the Asian Century.