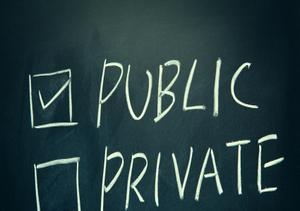 OPINION: ‘What is the Chris O’Brien Lifehouse? Is it public or private?” I was being interrogated by a senior political adviser from the NSW government who was baffled about the new cancer centre being built at the Royal Prince Alfred Hospital in Sydney.

After some research I discovered that the answer was complex. It is a not-for-profit benevolent institution that is raising more than $3.5 million a year in donations and seeking to raise another $35 million from investors through charitable bonds.

However, it will be located on a public hospital campus, on land owned by the state government, and it is the beneficiary of more than $160 million in grants from the federal government.

Public-private hybrids of this kind are not unknown across the English-speaking world, but they are relatively rare. We tend to draw a sharper distinction between the public and private sectors than in Continental Europe, so increased involvement by the non-government sector is often seen as “privatisation”.

Recent developments in Britain suggest this boundary will become increasingly blurred. New models of public service delivery that emerged in the final years of Labour and continue to be developed by the coalition will result in many more baffled political advisers.

These new models arise from a protracted conversation over the meaning of a “mixed economy” in public services, and they make it increasingly difficult to speak of privatisation or outsourcing. Some of them have already surfaced in the Antipodes.

By way of illustration, we are seeing the emergence in the UK of public-private joint ventures that draw on the technical strengths of the public sector and the commercial expertise of the private sector.

One of the earliest examples was a pathology business established by Guys and St Thomas’s Hospital in 2008. This is an NHS (National Health Service) facility, one of the great teaching hospitals of London. And when it overhauled its pathology service, anticipating a rationalisation of NHS diagnostic services, Guys and St Thomas’s formed a joint venture with a private management company with no background in pathology.

Professional staff were seconded rather than transferred into the joint venture, so they kept their valued status as NHS employees, along with their pension entitlements.

GSTS Pathology honours best practice in government, while recognising the commercial limitations of traditional public sector models. But the secondment also has a commercial advantage to government, since it preserves the hospital’s leverage in the partnership.

The joint venture has since joined in partnership with another NHS hospital and now sells its services to other public hospitals, being described as “the leading independent provider of pathology services in the UK”.

Joint ventures are now spreading into other sectors. Her Majesty’s Prison Service recently formed a partnership with a major facilities management (FM) company and a large charitable organisation to compete for the management of English jails, which are all to be market-tested over time.

The Durham Tees Valley Probation Trust, one of the country’s many public providers, has established a joint venture with another large FM company to bid for probation services if, as expected, they are opened to competition. But it has also signalled an interest in bidding for prison management, a move that will challenge the existing prison service culture.

Even more baffling are the “public service mutuals”, a concept adopted by both parties and pursued by the British coalition since the election. The proposal is to allow public servants to establish employee-owned co-operatives to run front-line public services on a not-for-profit distributing basis.

John Lewis, a leading chain of department stores operating as an employee-owned co-operative, is one of the precedents. Central Surrey Health, a social enterprise providing community nursing, created during the Labour years, is another.

Public servants have recently been given a so-called “right to provide”, which empowers them to challenge their departments and agencies to consider setting up a mutual for defined services. Pilots are already under way.

There has been some criticism of this model in the business community. But employee-owned enterprises are relatively common in the professional services sector (lawyers, accountants and consultants) and many front-line public services (community nurses, social workers and even teachers) operate similarly.

Even more baffling are some of the virtual organisations that have emerged under the UK’s “work program”. This is Britain’s welfare-to-work initiative, contracted to independent providers in much the same way as Job Services Australia, but with a stronger emphasis on sustainable outcomes.

The public, private and not-for-profit providers who won these contracts have deployed a variety of different business models, but the one that has attracted the most interest within the Department for Work and Pensions (DWP) is known as the integrator, or thin prime model. Two of the largest contractors have elected not to deliver any placement services themselves, cascading the responsibility for delivery down to a diverse mix of private and local government providers, not-for-profit organisations (large and small) and industry associations.

Work flow is adjusted in real time based on performance, and no one provider will manage a job-seeker throughout the entire placement process (among other things, this is a way of preventing gaming behaviour on the part of sub-contractors).

The supply chain is co-ordinated through a powerful management information system and providers are able to compare their performance against their peers.

Best practice is captured and disseminated across the supply chain through conferences and “webinars”, and underperformance is addressed by management consultants employed by the prime contractor.

The prime contractor bears much of the responsibility for underperformance, since small and not-for-profit providers are not well positioned to carry that much financial risk.

These public service integrators are neither wholly public nor private and one might debate whether they are virtual organisations or managed markets.

They might even be regarded as part of government’s chain of commissioning, rather than leaders in the supply chain. They are new.

There are other innovative models – social impact bonds (now being piloted by the NSW government), foundation hospital trusts, academies and “free schools” (similar to independent public schools in Western Australia), and management inset arrangements, where senior management teams are contracted into the public sector on the basis of “pay for performance”.

Across the nation, there are 768 public and 556 private hospitals, with the latter servicing about 40 per cent of hospital inpatients.

One-third of Australian children attend a private (usually not-for-profit) school, with a somewhat higher proportion (about 40 per cent) of those involved in secondary education.

About 20 per cent of Australian prisoners are held in correctional institutions managed by private providers and in Victoria the figure is 34 per cent.

Ninety-five per cent of residential aged care is provided by the private and not-for-profit sectors and in community care the figure is well above 90 per cent.

So the question is not whether we will have a mixed economy but whether there is sufficient diversity and whether it is structured to encourage a search for “efficient boundaries”, as the Nobel economist Oliver Williamson once called it.

Like biodiversity, institutional diversity serves a number of purposes. It increases the effective choice available to the customers of public services, at the individual and the collective level. It makes public services more adaptable to changing circumstances, giving us a deeper “gene pool” from which to fashion new institutional forms for an uncertain future.

Different kinds of service providers with different backgrounds bring different perspectives to the challenge of delivering better and more cost-effective public services. And diversity allows for innovation and problem-solving in parallel, rather than in serial.

Outsourcing to the private sector increases the diversity of business models, but not by much. Historically, the third sector was the laboratory in which new public service models were incubated: hospitals, fire brigades, ambulance services, ocean rescue, social insurance, probation. Each of these models was invented in the voluntary sector and only later adopted and delivered state-wide by government.

But the development of a productive and innovative public service economy will require collaboration between a diversity of providers across all three sectors. Hybridisation, or recombinant governance as someone has called it, is evidence that our public service economy is growing up. Expect the political ideologues to be profoundly baffled.

Of course mutation alone is not enough for successful evolution: there must also be a process of natural selection. In encouraging a more diverse public service economy, governments must also pay attention to accountability, contestability and competitive neutrality. But these are not insuperable challenges. The great difficulty lies not in the regulation of diversity but in imagining that it is possible and in taking on the forces of conservatism and defenders of monopoly who will fight to preserve the status quo.

On this, I stand with Gerard Manley Hopkins: “Glory be to God for dappled things.”

Gary Sturgess holds the NSW Premier’s ANZSOG chair in public service delivery at UNSW. His report, Diversity and Contestability in the Public Service Economy, was published last Thursday by the NSW Business Chamber.