The retirement income system in Australia is a bridge part built. With the first baby boomers soon to retire, the challenges presented by population ageing will begin to crystallise, writes John Piggott. 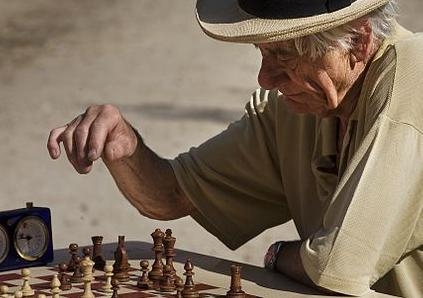 OPINION: With the election of the new government, incoming Treasurer Joe Hockey is being asked to firm up his plans for his “Son of Wallis” root and branch review of the Australian financial system.

Certainly a big picture review of the financial system is a step worth considering. Such a review should look beyond banks to the broader interaction of the banking and other financial sectors, especially superannuation.

As the first of Australia’s baby boomers turn 65 and start to retire, the challenges presented by population ageing will crystallise. There is still much to be done to address these challenges.

Australia’s superannuation system comprises three pillars – means tested pension, compulsory savings, and voluntary savings – and is, from a government expenditure perspective, one of the most sustainable retirement income systems in the world. Commonwealth expenditure on pensions is projected to increase from 2.7 per cent of gross domestic product in 2010 to 3.9 per cent of GDP, compared to an OECD average of 8.4 per cent in 2010 and 11.4 per cent in 2050.

But the retirement income system in Australia is a bridge part built. Part of its sustainability is due to the system’s focus on protecting those on low incomes through the age pension. The role of superannuation should be to replace earnings for people across the income distribution. But the remarkable success in accumulating super assets has not been matched by structures that will allow super to be efficiently drawn down as a reliable income stream.

Total estimated superannuation assets reached $1.62 trillion in the June 2013 quarter, an increase of 15.5 per cent over the previous 12 months. Some of that increase has been due to solid returns, but much of it is related to contributions exceeding benefit payments. It indicates the system is still maturing. As more baby boomers retire and the population ages over the next couple of decades, asset withdrawal will become a greater part of the picture. This is this part of the bridge that Australia still needs to build.

The financial products that will allow superannuation benefits to provide steady income streams, such as those featuring lifetime or deferred longevity insurance, are lacking. For innovative longevity insurance products to flourish, governance and regulatory support for this market must be carefully developed to be in tune with products which will support consumer needs.

While the previous government’s Cooper Review made strides in making the accumulation phase more efficient and implementing an accumulation default, there has been little thinking about products and defaults for the stage when funds need to provide income.

As life expectancy in later life, that is our life expectancy from 50, continues to rise, the continued sustainability and efficacy of our retirement income system depends on a closer examination of the draw-down phase.

Should Australia follow the example of Singapore, where mandated savings at a certain level translate to a certain level of mandated annuity? Or, perhaps we should look to Chile, where annuitisation is voluntary but well supported, and permits a combination of a deferred life annuity and programmed withdrawal. This arrangement, suggested by a group of us in Australia more than 10 years ago, can help negotiate the balance between flexibility and security at the time of retirement.

Is the age pension sufficient in providing income insurance for all people all of the time? And if not, then what should be the product options? And how can policy help to bring them to market?

The next stage of Australia’s superannuation success story should be about how it provides actual retirement income though a thriving financial retirement products market. A financial sector review that answers questions and addresses concerns about the draw-down phase of super would be a welcome start.

Professor John Piggott is director of the ARC Centre of Excellence in Population Ageing Research (CEPAR) at UNSW's Australian School of Business.

This opinion piece first ran in the Australian Financial Review.

Asia region the most rapidly ageing in the world