Feelings of loss and helplessness often drive unhealthy behaviours, a fact used by marketers to boost sales. But consumers can fight back, writes Nitika Garg. 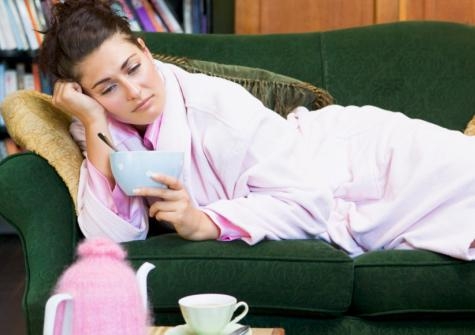 OPINION: Both research and popular media tell us that emotions and eating are intrinsically related. How many times have we seen a character in a TV show reaching for the ice-cream tub when feeling particularly down or after a breakup?

What is it about sadness that leads to such behaviour?

Feelings of loss and helplessness spurred on by sadness are what drives the unhealthy behaviours, whether it’s overeating or overspending. Research has shown sad people consume significantly more fatty, tasty food products such as chocolate or buttery popcorn, than those who are feeling happy. They are also willing to pay a higher price for ordinary products such as a bottle of water.

This tendency to compensate and reward by engaging in unhealthy albeit pleasurable behaviours in the short run, has serious consequences in the long run especially with rising concerns about obesity in most developed countries.

We don’t even know we’re doing it

Unlike “retail therapy”, which involves a more conscious decision to engage in a behaviour seen as rewarding and mood-uplifting, these behaviours operate at a more non-conscious level.

Interestingly, much as sad individuals crave a reward, recent research found that merely engaging in rewarding, hedonic activities such as eating fatty foods, is not sufficient to break the sadness-overconsumption link.

This is troublesome as it suggests that in spite of engaging in unhealthy behaviours to alleviate their mood, people still do not find respite. The research suggests this might lead to a vicious cycle where engaging in such behaviours further induces guilt and dampens mood.

So, if engaging in compensatory behaviours is not an answer, then what is? Researchers have been looking for the answer.

Apart from the sense of loss, the theme that dominates sadness is that of helplessness or lack of control over the situation. And so researchers have begun to explore the issue of control.

An important way to gain a sense of control is via choice. When people make a choice, even a trivial, potentially meaningless one; they feel more in control.

Should marketers of tasty and fatty food products start marketing these products as feel-good options that boost consumers’ mood? Although on the surface it might make sense, this is a short-sighted strategy.

It is possible for marketers to create strategies that improve consumption habits as well as profits. One such initiative was the 100 calorie (~400 Kj) packs that let consumers indulge but still stay in control.

In the same vein, research findings suggest it would make sense for product managers to market products which might be low-fat, low energy versions of products as direct choices in contrast to the unhealthy choices the consumer might be drawn to, making the former more attractive.

Consumers can also learn from these findings and develop strategies for the way they shop, especially when they might not be feeling their best.

The same idea can be used for impulse purchases where most of us usually give in to buying things which are pleasurable and hedonic in the immediate but guilt-ridden and adverse (sometimes) in the longer run.

The real issue is not “to choose or not to choose” but rather to have a real choice.

Nitika Garg is a senior lecturer in Marketing at UNSW's Business School.