Opinion Even for David Murray, there are some things best left alone

The Murray Report lacks a coherent framework for thinking about interconnected issues, and nowhere is that more evident than in the inquiry’s tax recommendations, writes Richard Holden. 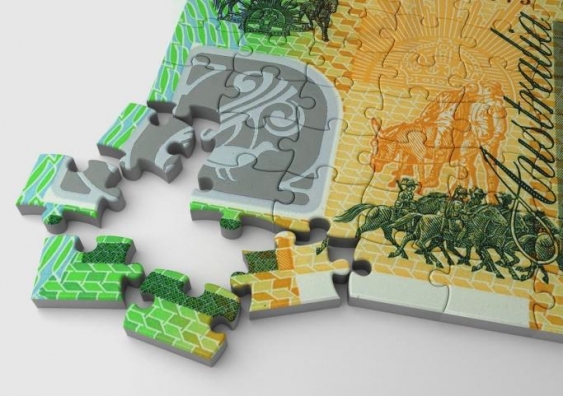 OPINION: David Murray’s financial system inquiry makes a long list of thoughtful recommendations. But as an economist reading through the report, I tried to find a unifying theme. Why do they recommend this and not that?

I finally concluded that there isn’t a unifying theme. There’s a lot of careful issue-by-issue cost-benefit analysis. But not having a coherent framework for thinking about all the interconnected issues leads to some missed opportunities, and some flat-out unforced errors. That’s a shame. And nowhere is that more evident than in the inquiry’s tax recommendations.

If you’ve made it to, and through, Appendix 2 of the report you will know that the inquiry raises the possibility of a number of tax changes.

Dividend imputation, concessional capital gains tax rates, negative gearing, and even charging GST on financial services are all raised as candidates for change.

In many ways the inquiry seems to be channelling what one far too frequently reads in the press: “the housing market is out of control so stop negative gearing”. I don’t know whether there is a housing bubble in (insert your favourite capital city) and I wouldn’t know how to tell even if there was one. Have people got caught up in modern-day tulip mania or have they just realised that Sydney is a great city? No sensible economist is willing to take a strong stance on this. But let’s suppose, for the sake of argument, that there is a housing bubble. What should we do about it? The very last thing we should do is fiddle around with tax policy that fundamentally tries to put all asset classes on a level playing field.

Trade-offs to be tweaked

For Mr Murray, it seems, this is all a complex set of trade-offs that need to be monitored and tweaked. Don’t we just need a sound review of these arrangements every 10 to 20 years, rejig how hard our foot is on the accelerator versus the brake, and all will be OK?

Double taxation of corporate profits made no sense – and it encouraged firms to take on more debt than they otherwise would. The Hawke-Keating government realised this and introduced dividend imputation in 1987. Good economics and good policy. Case closed.

Yet Mr Murray is now concerned about how much super funds invest in domestic versus foreign equities. That may (or may not) be a legitimate concern, but dividend imputation is the last tool that should be used to address it. Dividend imputation eliminated a non-level playing field and the distortions that came with it. Leave it alone!

The same logic applies to a range of other taxes that Mr Murray puts on the table. Negative gearing just treats housing like any other investment. Concessional superannuation tax rates combat the problem that people don’t otherwise save enough for their retirement and then turn to the government for help. When national savings are too low it raises interest rates for everyone. Concessional tax rates for saving are completely sensible against this backdrop. As economists say “it internalises the externality”.

The inquiry contains a lot of thoughtful and well-informed suggestions. But it falls into a classic trap. It wants to tinker and fine tune. It is authored by someone who was a very fine manager of a very large and important business. And, alas, it shows. Mr Murray, and his report, wants to manage. But good “system design” is not like good management – and it’s not like being a central banker.

Poor old Glenn Stevens has one instrument – the cash rate – to manage a host of issues: inflation, unemployment, the exchange rate, and housing prices. Mr Murray and, more importantly the Treasurer, Joe Hockey, do not face such constraints. They have a whole host of tools at their disposal and can use the right one to target each problem.

What should happen, in taxation arrangements and elsewhere in the financial system, is that the market should be given non-distorting price signals. Nothing less, and nothing more. And when thinking about tax arrangements in this coming year the debate should be about how we tax, not who we tax.