Advocates for unlimited debt – public or private – have failed to make their case, or even shown how it is possible without a breakdown of society, writes Peter Swan. 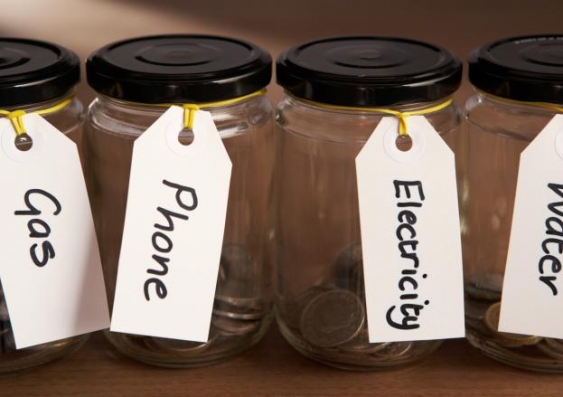 OPINION: When Finance Minister Mathias Cormann said earlier this month said that it was “unfair to rob our children and grandchildren of their opportunities to pay for today’s lifestyle”, he was attacked by economists from all sides of the political spectrum.

Warwick Smith wrote in The Guardian on January 9: “Repeat after me: the Australian economy is not like a household budget”, and said the Abbott government’s attempt to justify reining in budget deficits on these grounds is one of the “great myths of modern government financing”.

My friend and unreconstructed Keynesian economist Geoff Harcourt accuses the government, on the website The Conversation, of “deficit size fetishism” and denies the “supposed link between (deficits) and the welfare of future generations”.

My colleague Richard Holden denied in The Weekend Australian on January 10 that the national economy is like a household and said it was “misguided” to think that governments, like families, must live within their means.

The government’s difficult task is not helped by economists who believe that any restraint advocated by governments of a persuasion they may not like is pure ideology and that the clear and obvious analogy with household and family budgets has no relevance.

Popular radio personality Alan Jones tells his listeners that governments are subject to the same laws of economics, same resource scarcity, and same need not to waste the taxpayer’s scarce dollar as the families whose tax payments make government possible.

Have he and his listeners been conned, if not Cormanned?

Smith, a research economist, is convinced Jones and his listeners are wrong because “the federal government can create money”. Certainly, some governments have tried to pay their debts by printing money; Zimbabwe’s Robert Mugabe comes to mind. But so can individuals. Every household and family has a perfect legal right to create its own exclusive fiat money, Peter Swan banknotes.

In this sense, you and I are no different from Zimbabwe and Mugabe. My currency and his are rightly rejected as worthless, forcing Zimbabwe to use US dollar denominated currency, as does, effectively, Hong Kong.

The federal government does differ from you and me in one respect, though: it can and does pass laws making Australian banknotes legal tender.

Australians holding our wartime debt whose wealth was severely depleted by the inflation that occurred during the Korean War-inspired wool boom in the early 1950s experienced this.

Australia is a massive capital importing nation depending almost entirely on foreign rather than domestic savings to fund federal government deficits. These lenders are sufficiently sophisticated not to fall into the domestic inflation trap. So much of the borrowing is denominated in American or other global currencies, putting the federal government on a similar basis to the states. Queensland has already lost its AAA credit rating crown. Unless the federal government can balance the budget and pay down debt, it risks following suit.

Printing money simply devalues the Australian dollar, magnifying both the interest and the principal repayment burden.

Harcourt, however, believes it is a fallacy that the federal government needs to balance its budget over the economic cycle. Nor does he believe there is a problem with internal debt as it postpones the need for higher taxes, resulting only in the payment of more interest to Australian lenders.

This he regards as a transfer even though taxpayers and lenders need not be one and the same.

Harcourt believes there may be a case for foreign borrowing to pay for social infrastructure, even though he admits that higher exports will be required to repay the debt. However, this leaves us paying a rising international interest bill just to meet budget outlays into the indefinite future.

Holden argues that the analogy with household budgets is inappropriate because unlike mere mortals, governments live forever. He thinks that families “pay down that debt through prudent spending” only because they want to leave something to their children.

This does not obviate the need for governments to repay debt to prevent the interest burden paid by future generations blowing out beyond their diminishing capacity to pay, with the end of the baby boom generation, the ageing of the population, and collapse in our terms of trade. Holden points out that “government doesn’t make stuff and it doesn’t create jobs or wealth”. I agree with this pro-market, anti-Keynesian sentiment. With properly enforced property rights in place the private sector can be left to provide social infrastructure such as hospitals and, presumably, toll roads.

The federal government does not need to incur ever-rising deficits and debt to provide law and order and enforce property rights. Hence Holden’s arguments seem to indicate a close analogy ­between government and household debt.

Both must be prudently managed and debt levels kept in check so as not to destroy the bequest motive (households) and to prevent interest payments alone absorbing the limited capacity to raise revenue (governments).

None of these three advocates for essentially unlimited public debt has in my estimation made the case, or even shown how it is possible, without a breakdown of society. The bailout crisis in Greece is a case in point. The analogy between government and household budgets remains intact.

Peter Swan is Professor of Finance in the School of Banking and Finance, UNSW Business School.

Vital Signs: Why the government still thinks it can ‘grow away’ the deficit

A field guide to the 2015 Federal Budget

Small, not big data key to working out what consumers want