The Japan-Australia Free Trade Agreement has plenty on offer for both countries, particularly in agriculture and services, writes Tim Harcourt. 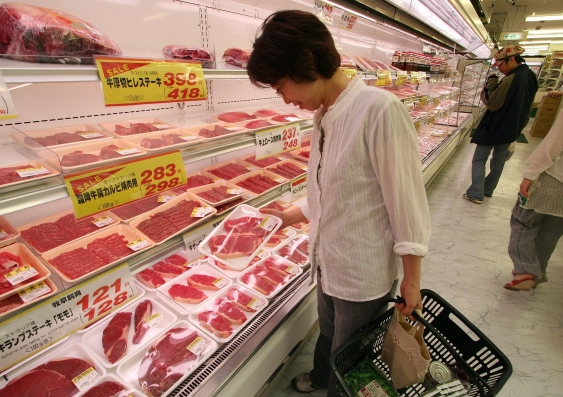 OPINION: When Japanese Prime Minister Shinzo Abe arrives in Australia to talk trade and investment in Canberra and sign a free trade agreement between the two countries, it will kickstart a relationship first formed in 1957.

Back in 1957, with the memory of the Pacific war still in everyone’s mind, and with cold war tensions afoot, it took great courage to negotiate the deal, and as it turned out, great foresight given Japan’s subsequent economic development.

Now, Abe knows he needs Australia as an economic partner to achieve his current goals to revive Japan’s growth and the Japan-Australia Free Trade Agreement (JAFTA) has plenty on offer for both countries, particularly in agriculture and services.

For its part, Australia has been seeking cuts in tariffs and non-tariff barriers and more openness in Japan’s previously closed rural and services markets for some time, while Japan needs energy security from Australia – particularly in terms of liquefied natural gas (LNG) given stiff competition from both South Korea and China.

But there are a number of other potentials. The first one is foreign direct investment. A more open Japanese economy will give Australian companies better opportunities to work in-market in Japan. According to the Australian Bureau of Statistics (ABS), only 3053 Australian businesses export to Japan (a number that has fallen by over 500 companies since the GFC) and according to Sensis, 14% of all Australian exporting small and medium enterprises (SMEs) sell to Japan.

Fewer than 100 Australian businesses have offices or investments in Japan (compared to over 3000 in China for instance) despite Japan having a long-held position as Australia’s number one export destination until very recently.

Another opportunity is finance. In a paper for the Lowy Institute, Huw McKay and Malcolm Cook point out that Australia and Japan are both regional leaders when it comes to the size and sophistication of their financial markets. China may be growing but their market is still in its early stages of development. Particularly as there have been frequent calls for reform of the world’s major economic institutions, Japan and Australia could play a key leadership role in financial issues facing the Asia-Pacific region.

While Australia-Japan trade flows are dominated by resources, there’s clearly room for expansion in trade in services between the two nations. During his term, former Prime Minister Koizumi introduced a number of reforms in areas like education, healthcare and government services which were regarded as “untouchable” parts of the Japanese economy.

According to a local services sector expert, Professor James Kondo of Tokyo University, Australian exporters have a comparative advantage in many areas that will open up: “The healthcare, wellbeing, education and the lifestyle sectors have traditionally been closed in Japan, but this will soon change to Australia’s benefit".

A demographic phenomenon known as “freeters” may also play its part. While Japan is often talked about as the land of the greying sun because of its ageing demographics, there is an influential younger generation with different attitudes to travel, culture and work. This is particularly evident in the labour market, where the Japanese tradition of lifetime employment and salary-men working for the same company has been replaced by the “freeter” phenomenon where casual employment and ever-changing jobs and careers changes the dynamics of the Japanese employment relationship.

There has been debate about the freeter concept. Some older scholars have claimed it is the choice of younger people to not be tied down to one employer or one job, while many freeters themselves claim that they would prefer more job security but cannot find permanent positions because of the changing nature of work in Japan.

Nevertheless, the freeter phenomenon however has opened up opportunities for Australian service exporters specialising in job placement and career services. For example, Australian Terrie Lloyd, President of Linc Media, who set up (and later sold) an online recruiting company, Dai-job.com aimed at “freeter” job seekers.

He sees this as a boom market as “traditionally Japan engineers society, but now Japanese society is opening up in a manner that is neither engineered or controlled.” The rise of the Internet, mobile phones, SMS messages, Lloyd believes is “setting up a whole new youth sub-culture based of the information revolution which is more open to western influences than ever before.”

Despite the potential gains to be had from the FTA – early studies estimated JAFTA to be worth $39 billion and $27 billion to the GDP of Australia and Japan respectively – there is still little awareness about the agreement, especially compared to talks with China. In fact, according to a survey by logistics company DHL, only 35% of exporters thought an FTA with Japan would benefit their business compared to 61% who were positive about a China-Australia FTA.

But there is some early evidence of “head-turning”, with 59% saying that once the potential FTA with Japan came into being, they would increase exports to Japan, while 22% of total exporters said they would now start exporting to Japan as a result of JAFTA, while 22% said they would develop a new product or service specifically for the Japanese market.

Japan enabled Australia to have a beach head into the region in the second half of the 20th century, now Japan and Australia will again be key players and partners as Australia tries to cement itself in the Asian Century.