A global MOOC league table would be the ultimate in crowd sourced intelligence on teaching in higher education, write Sean Gallagher and Geoffrey Garrett. 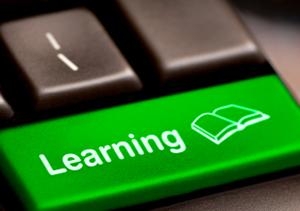 OPINION: There is no denying the gaudy statistics surrounding Coursera's rapid ascent to be the world's leading MOOC platform little more than a year since opening its virtual doors. Enrolments of 3.5 million, 70 of the world's best universities on four continents as partners, 374 courses ranging from archaeology to finance to medicine, not to mention more than $20 million dollars in venture capital.

Coursera was born at Stanford University in the heart of Silicon Valley. But its biggest convert may well be the University of Pennsylvania in Philadelphia, the birthplace of the Declaration of Independence on July 4, 1776.

Penn has been awarding degrees since 1757 and is a founding member of the Ivy League. It prides itself on providing high quality and highly selective undergraduate education as well as being a world leader in research. Last year, only 12 per cent of the 35,000 students who applied for undergraduate admission were offered places to study. The Penn brand, along with other icons like its Wharton School of business, are the touchstone of the university's reputation as well as its business model.

But this month Penn announced with great fanfare the virtual arrival of its one millionth Coursera student, more than a quarter of Coursera's total enrolment.

So why would Penn jump so fully onto the Coursera bandwagon? Senior administrators hope MOOCs will "jump start a conversation about technology in the classroom".

But this is likely to be a lengthy process, requiring a transformation in the way academics think about teaching, the decommissioning of lecture theatres, the reconfiguring of formal and informal learning spaces, not to mention a substantial reworking of the financial model.

In the short term, Penn is MOOCing itself to enhance its reputation and to project its brand globally. Penn may be a household name among the east coast establishment, but it doesn't have the sports star power of UCLA nor the global veneration of Harvard.

It is hard to quantify the real branding benefit for Penn but the right marketing question to ask might be: how much would a university of 24,000 students be willing to pay to guarantee 1 million prospective customers try its products? How much would Penn have to pay to search for and find the very top sliver of those customers worldwide, students of such potential that they could well thrive on its campus?

The answer in Penn's case is "quite a bit". Penn made a joint investment with Caltech of $3.7m in Coursera. And the fixed start-up cost to make a high production value MOOC is significant, more than $100,000 on most estimates, not to mention the hundreds of hours of academics' time in development, production and delivery.

This is much more investment than Korean rapper PSY made in his global hit Gangnam Style. His self-made YouTube video was watched by hundreds of millions of teenagers, all of whom will come of university age this decade.

In the same way the Khan Academy's multitude of free short videos of simple lessons have been a huge success because they have made online education accessible, fun and popular, with more than 230 million videos viewed.

Unlike PSY and Khan, Penn's MOOCs are not its primary product, on-campus teaching and research are. But MOOC celebrity will only attract more attention, more students, and more donors to Penn, allowing the university to reinvest in its core enterprise.

With lots of universities trying to play Penn's game and infinitely more students wanting to know who they are and who is the best, global MOOC rankings can not be far away. For obvious commercial reasons, Coursera doesn't want to tell the world which of its partners are proving most and least popular. But there is already a website "MOOCs: Top 10 Sites for Free Education With Elite Universities". And mooc-list.com has the complete list of "MOOCs offered by the best universities and entities".

A global MOOC league table would be the ultimate in crowd sourced intelligence on teaching in higher education. Prospective university students - especially those in Asia - have been using the Shanghai Jiao Tong and other global research rankings for years to help determine their preferred university. But students care much more about what is interesting in the (virtual) classroom than who is pushing back the frontiers of knowledge in the lab.

In only a decade, the Jiao Tong Academic Ranking of World Universities has become a must view list for prospective students in Asia and globally. It is unlikely to take as long for a MOOC ranking to emerge, and its impact on student behavior could be even more profound.

In Australia, universities are already highly dependent on rankings-obsessed international students choosing their institution. Those universities that choose to stay out of the MOOC game, often because of the high up-front costs with little direct return on investment, could thus find themselves at two disadvantages in the ever more competitive global market.

When thinking whether to MOOC or not to MOOC, it might be time for Australian universities to consider going Gangman Style.

Sean Gallagher is chief operating officer at the US Studies Centre at the University of Sydney, and Geoffrey Garrett is Dean of the Australian School of Business at UNSW.

MOOCs: the iTunes of academe