Opinion Hawke hit Thatcher for six in the economic ashes

In terms of economic legacy, did Thatcherism work? Or did Bob Hawke's strategy to "bring Australia together" achieve better outcomes, asks Tim Harcourt. 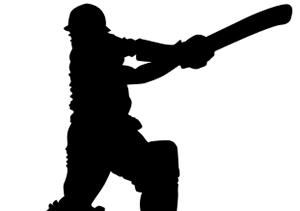 "In terms of economic legacy, Bob Hawke won the Ashes for Australia."

OPINION: In terms of an economic legacy, did Thatcherism work? Or did Bob Hawke's strategy to "Bring Australia together" through consensus rather than conflict achieve better outcomes?

To answer this question, I consulted my University of NSW colleague Raja Junankar, who lived and worked in Britain and Australia under Thatcher and Hawke. He looked at gross domestic product and industrial production, employment and unemployment, inflation and international trade through both the Thatcher and Hawke eras.

In terms of GDP, Australia outperformed Britain in 12 out of the 18 years compared since Thatcher came to power.

In terms of inflation, despite Thatcher's monetarist philosophy of "fighting inflation first", Australia had a lower inflation rate than Britain for nine of the 18 years.

In terms of international trade, Australia had a positive balance for 10 of the 18 years while Britain's worsened over 1983-88 and then improved, partially thanks to the proceeds of North Sea oil.

By contrast, Hawke adopted a consensus model with the Accord with the ACTU, introduced a "social wage" -- providing Medicare, superannuation, education and training, labour market adjustment and tax cuts -- in exchange for industrial peace and nominal wage restraint with an inflation target.

Hawke also initiated a national economic summit of business leaders, farmers, unionists and community groups at the start of his term, something Thatcher, as a so-called conviction politician, never would have contemplated.

Over the whole period, if the difference between the unemployment rates of Britain and Australia are accumulated, the British unemployment rate was 6.5 percentage points higher than Australia's, with a higher proportion of long-term unemployed people in Britain than Australia for every year of comparison period. On the labour market, Australia clearly outperformed Britain.

Thirdly, there's the economic legacy. It's more than 23 years since Thatcher left Downing Street and 22 years since Hawke was prime minister. In 2013, the economic positions of Australia and Britain are in contrast.

Hawke's bet of opening the Australian economy to Asia, and of converting the famous "tyranny of distance" to the "power of proximity", has paid off as Australia has been transformed from a country of double-digit inflation and unemployment in 1983 to the best performing economy in the OECD, and which has avoided any recession in 22 years despite the global external shocks.

By contrast, Britain has an unemployment rate of 7.8 per cent, with 2.52 million people unemployed, compared with Australia's unemployment rate of 5.6 per cent and almost 686,900 unemployed, and is overly reliant on industries such as financial services that were hit in the global financial crisis. As Australia's economy grows, Britain's contracts. The latter has an inflation rate above its central bank range, unlike Australia. Australia shades Britain in terms of GDP per capita as well.

To be fair to Thatcher, she did show remarkable courage on non-economic issues, such as staring down the IRA terrorists and standing up to the Soviet Union, although she did have a blind spot on South Africa and race issues.

But, in terms of economic legacy, you'd have to say the evidence clearly shows Bob Hawke has won the Ashes for Australia.