It is difficult not to agree with ASIC's call for calm over the hysteria surrounding high frequency trading, writes Mike Aitken. 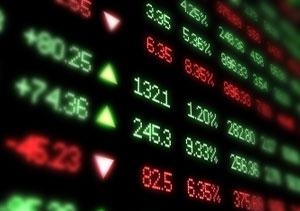 OPINION: It is difficult not to agree with Greg Yanco of ASIC who has called for calm over what can only be described as the current hysteria surrounding the issue of high frequency trading. To understand the intensity of the current debate, it pays to remember that over the last few years the market has been going backwards at quite a pace. Increasingly, the buy-side has been entering the execution game and relying on execution to drive alpha in these more trying times. It should therefore come as little surprise that they would be leading the charge against parties seen to be cutting their lunch.

Many others say that the market’s purpose, to raise long-term capital, has been hijacked by HFT. This is not the only purpose of markets. The other important purpose is to serve as a venue to quickly and cheaply exchange securities for cash and vice versa. Without this function, raising long-term capital would be less attractive, so to the extent that HFT traders add to liquidity they support the functioning of markets and are beneficial.

But do they actually add to liquidity? There is a widespread view that the liquidity offered by HFT traders is illusory because it exists for such short periods that it doesn’t allow “ordinary” traders to access it. While this may be true, consider how this has come about. Governments around the world have said that competition is important for efficiency and have opened up national and international markets to multiple trading venues. Consider now that you are a broker trying to execute an order facing best execution constraints. Why wouldn’t you place your orders on multiple markets simultaneously, and quickly withdraw orders as they start to execute on one market? This is an entirely reasonable strategy, but it creates the appearance of fleeting liquidity on those other markets. In other words, it is quite possible that HFT is a response to issues of best execution imposed on financial intermediaries by the issue of market fragmentation, which was introduced by well-meaning governments around the world.

Exchanges have now set up co-location services to cater for this need to be able to insert and withdraw orders quickly. Many regard this as the root of all evil because it gives those located in these venues speed advantages over those not co-located. An added complaint is that this service is only available to the wealthy. We are asked to consider the fate of the ordinary investors out in suburbia who are reportedly leaving the market in droves as a result of HFT. What nonsense. The buy-side was set up precisely to reduce the search and infrastructure costs of the “ordinary” investor by combining their wealth, and co-locating to maximise execution capabilities seeks to advantage the same clients.

The key issue is not execution services, but rather whether the sell-side should be permitted to use these services for themselves while simultaneously using them for clients without the clients knowing. This is easily fixed by insisting that the sell-side tell you (or more importantly the regulator … which currently doesn’t happen … go figure!) when they are trading as principal or as agent. But this has been an issue for the last two decades. It is not a recent problem. Indeed the problem of line speed itself has been an unresolved issue since the beginning of automation back in 1987.

The fact that the exchanges have come up with a solution that enables everyone to be precisely the same cable distance from the executing trade computer is, in fact, levelling the playing field for the first time. Co-location which facilitates HFT is like any other technological innovation – unfavoured by technophobes and the laggards (primarily the poor performing buy-side who can’t afford the current fees) but eventually destined to be commoditised, so that everyone can have it at low cost just like brokering services. The introduction of automated trading and direct market access (initially opposed by many sell-siders) has reduced the cost of brokerage from 200 basis points to 11 basis points and less. That means of course that brokers have to get their revenues from other lines of business, and HFT is just them trying to do exactly that.

It was initially surprising to hear parties like the ASX suggesting a halt to such activities, especially when they make a lot of their money from these endeavours. How can that be rational? It’s perfectly rational when you realise that HFT found its way into the markets as a result of fragmentation and that to reduce its impact, you need to go back to the so-called natural monopolies of single exchange venues.

So how do we sort these issues out? More generally, how do we decide whether HFT or any other market structure change is good or bad for markets? Believe it or not, the answer lies in the mandate of regulators, since they are required to vouch that any change they authorise passes the dual test of fairness and efficiency. This means that they need to define and seek measurement proxies for fairness and efficiency and then measure them pre and post market structure changes. Back to you, Mr Yanco.

Mike Aitken is a Professor of Finance in the Australian School of Business, and chair of Market Capital Technologies, UNSW.