Regulatory rigour at home is one thing. In the international arena, many governments ignore the rules, writes Jenny Stewart. 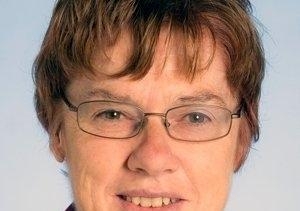 OPINION: Bob Carr is clearly relishing his job as Foreign Affairs Minister. He could scarcely conceal his delight when, a month or so ago, he announced that Australia's campaign to secure one of the non-permanent seats on the UN Security Council had been successful. Australia's bid was supported by no less than 140 member nations.

Our rivals for the two seats on offer, Luxembourg and Finland, had to battle it out in the second round, with Luxembourg prevailing.

It was acknowledged that the bid, begun in 2008 by Kevin Rudd, had cost $24 million. We were not told exactly how this amount was spent, although we learned that chocolate koalas, mints and a brochure had been distributed at the last minute to underpin the bid.

In addition, Australia's aid spending to a wide range of countries in Africa, the Caribbean, south-east Asia and the Pacific, had increased appreciably over the past four years, with some particularly intensive diplomatic efforts undertaken in Africa.

While the Opposition pointed out that little could be achieved in the face of the veto powers of the five permanent Security Council members, there was no adverse commentary about the manner of the win. Everyone seems to accept that winning votes in the UN involves wooing the voters - who are, of course, the governments of the nation states that constitute the UN's membership.

The AFP alleged that senior managers had bribed decision-makers in a number of governments, in order to secure contracts for the note-printing technologies marketed by the companies. Committal proceedings are under way in the Melbourne Magistrates Court.

Whatever its outcome, the court case clearly involves some tricky issues. The world has almost 200 governments, most of them corrupt. If court action were brought every time one of these officials received a bribe from an international company, there would be no end to the hearings.

As most people know, it is impossible to do business in many parts of the world without greasing palms. But Securency and Note Printing Australia are different. The first is a joint venture between the Reserve Bank of Australia and a European-based company, Innovia. The second is a wholly owned subsidiary of the Reserve Bank.

Securency was established in order to market that major rarity, an Australian-developed technology. The technology, developed by the CSIRO in partnership with the RBA, consists of a process for printing banknotes on a polymer film. These banknotes produced using this technology last longer than cotton-based banknotes, and are almost impossible to counterfeit.

The banknotes in your wallet will have been printed in this way.

In forming the joint venture, the Reserve Bank was, presumably, ensuring that returns from the sale of the technology accrued to its owners, who are, ultimately, the Australian people. It appears, however, that the Reserve Bank may not have been as experienced in company direction as it is in monetary policy.

Public sector accountability is also political accountability. In addition to commercial and legal risk, the RBA was, in effect, shouldering a degree of political risk. In parliamentary hearings, Reserve Bank governor Glenn Stevens was asked many questions about the activities of Securency. It appears that company managers had, for a period, engaged special ''commission'' agents to sell the technology.

According to Mr Stevens, when these agents' activities became known to the board, action had been taken to rein them in, including in 2009, referral to the AFP.

The Age (which brought the matter to public attention in 2009) and the ABC have been zealous in their pursuit of the RBA. While the major parties initially held off, the Greens' Senator Nick Xenophon, and more recently the chairman of the house committee that oversees the bank, have been critical of it.

As far as I know, the critics have not complained about the money that was spent to gain the Security Council seat. There is no suggestion that the Australian government bribed any governments to secure their vote. But it would be a brave AusAid person who would swear that every cent of the additional aid will end up where it was intended.

It might be argued that a Security Council seat is a worthier objective than making a sale. And admittedly, the alleged Securency activities were at the lurid end of the scale. But doing business internationally often involves making arrangements with officials, not only to secure contracts, but sometimes just to be considered for the bidding.

The arrangements differ - some contracts contain a percentage which goes to the purchaser. At other times, there are quid pro quo deals.

Where does culpability lie?

If no one ever offered bribes, then presumably there would be an end to corruption. But (particularly where there is an expectation of payment) it is difficult to argue that the briber is the more guilty party.

Indeed Dr Kaushik Basu (now chief economist of the World Bank) has proposed that in ''harassment'' bribery (such as where a bureaucrat requires a payment before doing his job) the briber should not only not be guilty of an offence, but should be entitled to receive his money back if an offence is proved. (The logic is that the briber will have an incentive to ''dob in'' the bribe target.)

The AFP claims the 'fixers' involved in the Securency case are being zealously pursued by investigators in their own countries. It will be interesting to see how these actions pan out. Certainly, the AFP has proved zealous in its pursuit of Australian citizens, having had 20 detectives working full-time on the case since 2009. If the individuals concerned are convicted, they face penalties of up to 10 years' jail.

Undoubtedly, corruption would be curtailed if everyone refused to make corrupt payments. But in the absence of effective international regulation and enforcement, the incentive to make payments will persist. This is because contract-related bribery is one of those collective action problems so beloved of economists.

If everyone else is making payments and you don't, you will miss out. Conversely, if everyone else is honest, there is an advantage in splitting ranks and making the payment. This is why regulatory rigour is so important.

But regulatory rigour at home is one thing. In the international arena, many governments ignore the rules.

There is a certain lack of proportion here that is worrying. Why is Australian law so keen to pursue Australian citizens over these kinds of activities, when our detection and punishment systems miss so much that is worse?

It is said that at least some of the investment in Australian property represents the money-laundering activities of international criminals.

Rumour has it that certain politicians don't even need to go to the trouble of getting themselves bribed, they simply loot the public budget and invest in Australia.

It is unfortunate that in the Securency case, company executives face a black-and-white legal world, when reality is at least 50 shades of grey.