Opinion The Intergenerational Report and reforming the age pension

The Intergenerational Report looks at fiscal projections but ignores retirement outcomes, wasting a good opportunity to discuss how to future-proof the system, writes Rafal Chomik. 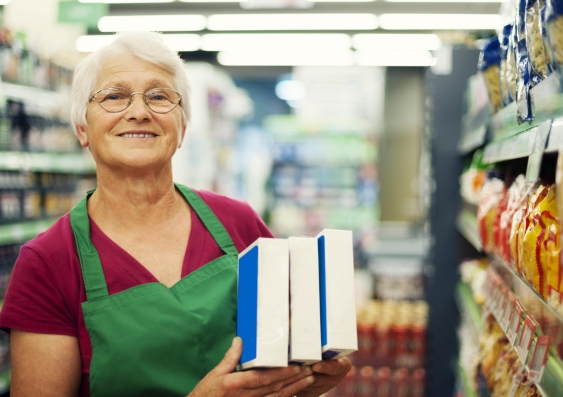 OPINION: In launching the 2015 Intergenerational Report, treasurer Joe Hockey has called for a debate on budget sustainability in the face of population ageing.

The Age Pension (including service pensions) costs 2.9% of GDP and takes up over a tenth of the Commonwealth budget. Add civil servants and the figure for all age-related pensions is about 3.3% of GDP. According to the Intergenerational Report such spending is expected to increase to 3.8% of GDP by 2055 with no changes or decline to 2.9% with the government’s indexation and eligibility age reforms.

The key reason is means testing: unlike in other countries, where pensions are more generous and increase with an individual’s earnings, the Age Pension is more modest and reduces with means. There are few developed countries that would not trade their circumstances for our own.

Though increasing, Australia’s expenditure on pensions is low compared to other developed countries, and is expected to remain so with or without reforms. OECD, Treasury

What are the reform options?

Still, if we want to reduce pension costs there are five broad options: (1) cut benefits; (2) delay receipt; (3) increase private means; (4) increase the scope of means testing; and (5) increase the bite of the means test. The Commonwealth has focused on the first two (more inequitable) measures, but let’s look at each one in turn.

First, in linking pension increases to prices, which grow slower than wages, Australia follows a long list of governments that have used indexation to cut benefits by stealth. Between now and 2055, an indefinite price indexation policy could almost halve the safety net but only the fiscal outcome shows up in the Integenerational Report. The measure addresses the cost while turning a blind eye to adequacy; instead of future-proofing the system, it opens it up to future reform.

Second, the Government is seeking to delay pension receipt by raising the eligibility age to 70. This comes with some inequities given unequal life expectancies and job experiences. But the move makes sense given that even those who are worse off have seen improved longevity and work conditions.

Third, instead of increasing private means by raising the level of Superannuation savings to 12% of earnings, the Government is delaying the policy. This may help the economy in the short term but will result in lower retirement incomes in the long term. Either way, the effect on Age Pension expenditures will depend on the means test arrangements, the subject of the next two options.

Fourth is the option to increase the scope of the means test; in particular, including the family home beyond a certain (high) threshold. It would impact on wealthier households and contrary to some claims, it wouldn’t force pensioners out of their home. They could receive a pension via the existing Pension Loan Scheme, which is repaid when the home is sold or from the person’s estate.

Proponents of the measure make up a long list of analysts across the political spectrum, including the Henry Review, Productivity Commission, Australia Institute, Grattan Instituteand commentators such as Alan Jones and Adam Creighton.

Yet the social services minister Scott Morrison has dismissed the option just as the debate on the Intergenerational Report kicks off. One alternative suggested by ACOSS is to continue excluding the family home but lower the threshold on other assets of owner-occupied households beyond which the pension is withdrawn.

The fifth option is to make the means test more aggressive by increasing the rate at which the Pension is withdrawn (also recommended by the Commission of Audit). Modelling done at CEPAR suggests that increasing the taper from 0.5 to 0.75 can reduce Age Pension costs by 10% and have a positive impact on labour supply and saving.

It would cut benefits to those with higher incomes not those with the lowest, as is being done via indexation (see figure 2). Current pension receipt extends high up the income distribution. According to the Intergenerational Report, despite increasing superannuation wealth, the proportion of self-funded retirees is projected to increase by only 3 percentage points to 33% by 2055.

The means test has three parts: the maximum benefit, the disregard (or free area), and the taper (or withdrawal) rate. Changing the maximum affects those worse off; changing the disregard and taper affects those better off. 2055 paramters assume indefinite indexation to prices, though IGR indicates this could be only until 2028, which would see max rate around $14,500 in wage terms Author's compilation

The Financial System Inquiry looked at superannuation but had no remit to consider interactions with the Age Pension. The same is likely with the tax White Paper. And despite being the largest welfare payment of them all, the Pension was notably absent from the McClure report on welfare reform.

The Intergenerational Report looks at fiscal projections but ignores retirement outcomes. A holistic view of sustainability and adequacy is needed for future-proofing the system, in which we play to the system’s strengths by ensuring the means test does the job it is supposed to do.