Abolishing the sacred cow of negative gearing is considered by governments of all persuasions to be electorally unpalatable. But that doesn't mean changes aren't afoot, writes Dale Boccabella. 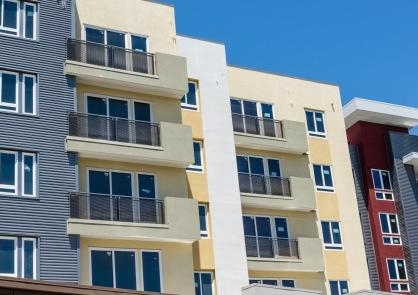 OPINION: Abolishing the sacred cow of negative gearing - where losses can be used as a deduction against other income - is considered by governments of all persuasions as electorally unpalatable.

But this part of the income tax system is one of the few areas left which confers this highly favourable treatment. In many other important areas of our public finance and income tax system, negative gearing is effectively abolished in favour of quarantining of losses.

Negative gearing is allowed on passive rental property and share investments and for “large” businesses. Both the pros and cons of negative gearing are well-known. Its most immediate advantage is allowing taxpayers to use a loss on one investment as a deduction against a profitable investment, or other source of income. But it is accepted that it undermines the progressive nature of the income tax, does little to increase housing supply stock and is a significant cost to government revenue.

In our tax system, quarantining is used when determining whether a taxpayer is liable to pay the Medicare levy surcharge; for loan repayments under the higher education loan program (HELP); and assessment of income under the child support regime, particularly Family Tax Benefit Part A and B.

Quarantining also applies when the tax office is assessing means-tested concessions such as the dependent (invalid and carer) tax offset, or senior and pensioner tax offsets.

Small businesses that make a tax loss in a non-corporate form are not permitted to use that loss against other profits (so-called non-commercial loss rules). While these measures are in part a response to the ridiculous hobby tax loss claims of the past, these rules apply quarantining to genuine small businesses, including those in the start-up phase. Quarantining also applies to certain boating activities.

Unfortunately, there are credible arguments both ways. And the fact that countries around the world do not take a uniform approach to the issue under their respective income tax systems supports this.

Both systems have economic capacity at their foundation. Those with sufficient economic capacity make an income tax contribution, and those who lack it receive payments (and other non-money benefits) for economic support. Given the shared foundation of the income tax and social security systems, or that they are really one system, it is hard to see why a different measure of economic capacity should be used within each system or across systems.

Another lesser dimension is that tolerating negative gearing in parts of the income tax and social security systems, but not tolerating it in others parts of those systems, adds complexity. Differential treatment of the same thing necessarily adds to administration and compliance costs.

In the end, there is a real argument that negative gearing should either be restored in the areas where it is currently prohibited, or should be scrapped across the board.

Given where the debate is now, I doubt anyone will seriously argue the former. That tends to leave movement towards the latter, because no one would seriously argue that the current differential treatment is a principled position with credibility.

Dale Boccabella is an associate professor of Taxation Law at UNSW's Australian School of Business.