In light of the challenges facing Australia's ageing workforce, the traditional retirement age needs to be redefined, argues Rafal Chomik. 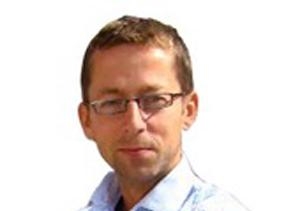 OPINION: The phenomenon of population ageing is often summarised in a simple ratio. Known as the dependency ratio, it measures the proportion of those of traditional working-age (15-64 years) to those above it (65 years and over). In Australia, as in most other countries, this dependency ratio is on the increase, having risen from 15% in 1980 to 20% in 2012. By 2050 it is expected to reach 36%.

Yet who we consider to be of traditional working-age can change over time. Arguably more important than the dependency ratio is the proportion of people actually in the labour force supporting those who aren’t.

For example, despite the rising proportion of older people, Australia’s total labour force participation rates have increased over the last few decades, from 61% in 1980 to 65% in 2012, driven by greater numbers of women working. Women still have some way to go to catch up with men. But even as that happens, if we wish to offset the declines in total participation that result from population ageing, we need some of the older people to remain in the labour force.

Many older people already want to work longer but encounter barriers to doing so. The barriers and incentives that lead to their inactivity come at a high cost of foregone potential. In a briefing paper on the trends and prospects for mature-age labour force participation, co-written with Professor John Piggott at the Centre of Excellence in Population Ageing Research, we estimate this cost to be around $30 billion, or 2.4% of GDP in 2012.

Besides dismantling mature-age employment barriers related to health, discrimination, and skills, there are some key institutional issues that government can tackle. These result from the carrots and sticks that make up the tax, benefit and retirement income system.

Australia is increasing the access ages for the two sticks. But the access age for tax-free superannuation has been left untouched at 60. As Professor Piggott has noted before, “once the standard superannuation age reaches 60, in 2024, the carrot will have lost its crunch”.

These levers are not only more amenable to policy intervention, but also appear to have a greater impact. When New Zealand increased access to its pension from 60 to 65, mature-age participation rates shot up much faster than in Australia, and now stand considerably higher; 76% for those aged 55-64 compared to Australia’s 53%. A key explanation is that New Zealand doesn’t rely on a widespread superannuation scheme, which in Australia can be accessed much earlier.

But to what extent can we push for longer working lives? Some, such as my fellow contributor to The Conversation, raise concerns about leaving older people to the ravages of the labour market. There is indeed evidence that for mental health outcomes, a bad job can be as bad as or worse than inactivity.

Still, the quality of jobs in Australia is not necessarily worse than in other advanced economies. For example, the incidence of temporary contracts among 55-64 year olds, a key indicator of job insecurity, stands at 4.6% – about half the rate of the OECD average.

Indeed, there doesn’t seem to be a relationship between a country’s mature age participation rate and incidence of mature-age mental health issues. While Belgium has one of the lowest participation rates of 55-64 year olds in the OECD of 36%, Sweden has one of the highest, at 76%; yet both have the same incidence of mental health problems among 55-64 year olds.

It is important to remember that population ageing takes time. And society, as well as the labour market, can change and adapt over time. We know from health and education data that today’s older people are much better off than in the past. And looking at labour market data shows that while the proportion of unemployed 55-59 year olds who have been looking for a job for more than 12 months is at 34%, twice that for 25-34 year olds, this rate has declined more than for any other age group over the last decade.

Should labour markets become more turbulent and we find that older people increasingly struggle to engage with employment, then addressing labour supply and demand barriers seems more fitting than to simply retire them. The latter response is a mistake made in the past in the now familiar story across the OECD in the 1980s, of retrenchment and labour market exit of older workers to apparently make way for the young. This was in line with the debunked logic that there is only a certain number of jobs to go around.

Ever since the baby boomer generation, we have been redefining the timing of key life events. It is likely that later labour market entry, later marriage, child-bearing, and longer, healthier lives, will mean longer productive lives too. With the right mix of policy intervention, baby boomers who are now entering the age brackets of “traditional retirement age” may well redefine what that means too. And if they do work longer, then the “tsunami” of population ageing represented by an increasing dependency ratio will be no tsunami at all.