Opinion Is it time for Treasurer Malcolm Turnbull?

What are the economic implications for Australia if Malcolm Turnball replaced Joe Hockey as treasurer, ask Tim Harcourt and Richard Holden. 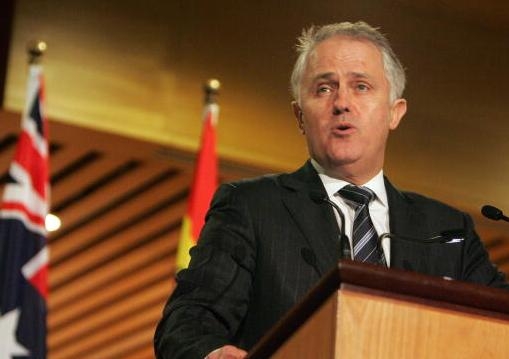 OPINION: In the wake of Monday’s attempted Liberal leadership spill, Australian Prime Minister Tony Abbott clearly needs to do something to shore up support. He’s been offered all manner of unsolicited advice: show contrition, play nicer with others, sack his chief of staff Peta Credlin, explain his policies better.

But perhaps the most interesting idea – pushed to a large extent by News Limited papers – is to replace Joe Hockey as treasurer with Malcolm Turnbull. It’s far from clear that Abbott will make such an offer, and we’re certainly not sure why Turnbull would accept, but it’s interesting to speculate about what it would mean.

The leadership implications seem easy to understand if Turnbull became treasurer. He’d be less likely to challenge Abbott after accepting such a deal, and so the main threat to Abbott’s leadership in the medium term would disappear.

What about the economic implications? What would it mean for the budget, economic policy, and the deficit? First of all, changing treasurer does not change the fundamental, structural budget challenges faced by the government. Government revenues are forecast to grow at a much lower rate than government expenditures. We already have a large deficit and, left unchecked, it will only get larger over time. Indeed, it’s only bracket creep – the unsavoury fact that marginal tax rate thresholds are fixed in nominal terms and hence more people shift into higher tax brackets over time – that keeps matters from getting even worse.

Changing personnel doesn’t do anything about that. Or does it?

Well, not directly. But it’s probably fair to say that Turnbull has a more sophisticated grasp of economics than Hockey. More importantly, however, he’s definitely a better salesperson. Anyone who has met Malcolm knows that he has a healthy regard for his own abilities. Yet it’s hard to imagine him lecturing us on how poor people don’t really drive cars, or lighting up a stogie just before delivering a budget that ripped benefits away from a big chunk of Australians. He would likely be more successful at selling economic change.

Indeed at a conference in Canada, (where Kevin Rudd was the keynote speaker) Turnbull gave the final speech, about the future of China. It was so good some Labor staffers were heard to say: “Gee he’s good…he explains it so well…oh hang on we are not meant to say that are we?”

But even a great salesperson needs product. And that’s a bit of an issue. The gap between government revenues and receipts is big and growing. To bridge that gap requires some big changes.

On the revenue side it could involve: raising the rate of the GST (to say 15%) and broadening the base to include things like fresh food; ending or scaling back negative gearing; or cutting down on tax breaks on superannuation. Those things may or may not be good ideas, but they’re all a tough sell. The GST hits poorer people hardest and probably requires some significant kind of compensation to have any chance of passing. Ending negative gearing could obliterate the housing market, and at a minimum would hurt those invested in rental properties. Raising taxes on anything is not exactly the Liberal way – and raising it on retirement savings of wealthy people would play terribly with their base.

On the expenditure side measures could involve: cutting back the growth of and accessibility to the age pension; further cutting family benefits; or introducing significant co-payments in the health system. All of these things are profoundly unpopular with the electorate.

Just ask poor old Joe Hockey how easy it is to sell some combination of this stuff.

The key benefit of Turnbull as treasurer would be the change itself. This government is stuck in the muck economically. It needs to do something to start gaining traction on policies that will bridge the structural deficit gap. Turnbull would represent a shift toward a person well versed in matters economic and good at getting things done.

He might even be able to preside over some kind of “grand bargain” on taxes and spending – bringing the ALP on board. That would be a great thing for the country. But it would require every bit of his charm, as well as his intellect.

But whether bargains are grand or modest, the treasurer needs to be a good negotiator and persuader. Especially when the PM is not. The great PM-treasurer combinations in Australian history: Hawke-Keating and Howard-Costello had one key thing in common. The PM built political capital, and the treasurer spent it on economic reform. But they did so by jointly persuading the voters of the benefits of change.

So would Turnbull make a good treasurer, or even a great one? We may never know as a technically good potential treasurer on paper may be a flop in practice. While a self-made man like Keating, who had little formal economics education, turned out well.

We don’t know the answer to that question. But perhaps the most compelling reason for Abbott to appoint him is that, with all the challenges is entails, it would keep Turnbull busy.

Richard Holden is Professor of Economics and Tim Harcourt is the JW Nevile Fellow in Economics at the UNSW Business School.

As Treasurer, Hockey proved to be an ordinary Joe