Opinion Know when to fold ’em 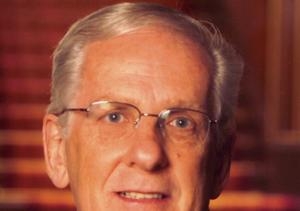 OPINION: BHP Billiton’s announcement last week that Marius Kloppers will be replaced as chief executive on May 10 has focused media attention again on the role boards play in pushing out leaders.

BHP did what it appears it had to do – change chief executive skill sets to match different market prospects. However, in the best company leadership changes, incumbent chief executives take responsibility for managing their own transition.

We have some notable examples of leaders who have made timely and dignified transitions. Good case studies include Andrew Mohl from AMP, Catherine Livingstone from Cochlear, Ralph Norris from Commonwealth Bank of Australia and Helen Lynch from Westpac Bank.

But all too often even highly effective chief executives fail to take charge of their own destiny.

The trappings of office can be seductive and addictive. Early success in the role can develop a sense of ­invincibility or indispensability. And research shows that narcissism is one of the most preferred patho­logies of leaders.

Highly successful chief executives can fail to put aside time to develop an exit plan that offers attractive future options to pull them out before they are pushed. Boards can also misjudge the timing for moving on their chief executive. Strong organisational performance usually reflects a lag effect and can reinforce the status quo just as the “quo” is losing its status. An overly close relationship between a chairman and chief executive, or a shallow succession pool can also lead to boards delaying wise decisions.

Knowing when to hold ’em and when to fold ’em is a career and life skill that board members and chief executives must continue to refine.

Dr Roger Collins is professor emeritus at the University of New South Wales, a board member of the Australian Institute of Management (NSW & ACT) and chairs AIM’s Octant Foundation.