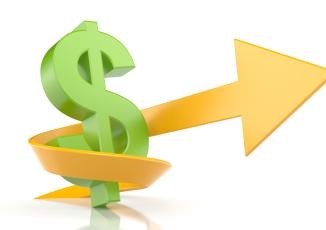 OPINION: The relationship between executive pay and investor return is a provocative topic that always elicits much spirited comment, especially among those who believe the answer is a resounding “no”.

The result: “No relationship whatsoever. The scatter chart for executive pay and return on equity looks exactly the same.” Kohler concluded: “The time is approaching for industry funds to do something about the pillaging of companies by the executive classes in the name of performance that doesn’t exist.”

At the risk of being accused of exaggerating the danger, if one were to believe these findings, every business in Australia can sack its talented executives, and for that matter, journalists, and replace them by monkeys paid peanuts with no effect on company performance, or journalistic quality. Every top business in Australia will raid Taronga Park Zoo’s monkey enclosure to recruit CEOs paid peanuts.

Does the question that Kohler poses even make sense? Once the market has absorbed its view of the firm’s management team, including its talent and pay (excessive or otherwise), together with its board and governance system, all these imponderables are reflected in stock price.

Kohler would probably agree Steve Jobs was a fantastic Apple CEO. Does this mean that Kohler earns a high TSR when he purchases Apple stock with Steve as CEO? No! The high stock price already anticipates Steve’s exceptional talent with an extreme market-to-book ratio.

Surely both stock price, and TSR that depends on stock price, should fluctuate randomly in an efficient market? This is precisely what Kohler’s graph with no relationship indicates. A scatterplot of TSR and pay levels says nothing about the relationship between executive pay and performance but may indicate market efficiency.

A more meaningful approach to the question is to ask: are higher-paid executives associated with higher stock prices rather than necessarily higher stock returns? The answer to this question is a conditional “yes”.

Thus, if union-controlled funds remove high-paid executives who systematically “pillage” like marauding Vikings, as Kohler asserts, then union members may well face collapsing stock prices. Would union members like to see retirement benefits plummet? Would they like to see Taronga Park Zoo denuded of its valuable monkey collection in the interests of “cheaper” firm management?

One of the few meaningful company performance measures dubbed Tobin’s Q, after Nobel Laureate James Tobin (of the Tobin Tax), is the ratio of the market value of total assets to the book value of total assets. This measure overcomes the problems arising from Kohler’s misuse of TSR. If a management team adds nothing to the resources they outlay then this ratio will be 1.

Typically, the more value management adds in excess of break-even unity, the higher the ratio. Steve Jobs, who was no monkey, performed exceedingly well on this talent measure, even though he slashed his own pay to zero.

There is a catch. There are only a limited number of managers that possess the talent of Steve Jobs, and are available to recruit as a CEO. Not every manager is capable of generating high Tobin’s Q when large companies need to invest billions of dollars of scarce shareholder funds.

Talent is multiplied or “cloned” by the size of the asset base and magnitude of the hierarchy. Hence, large companies in particular, which have the most to gain from talented managers, are rightly willing to pay the most for scarce talent. Kohler correctly observes this fact but, unlike myself, thinks that large firm managers should not be paid more. Perhaps a peanut each for the CEOs of BHP (market capitalisation $112 billion) and AusNico ($1.5 million), Mr Kohler.

Boards approve high managerial payments, usually in advance of knowing their actual ability to generate Tobin’s Q. Unfortunately, the board’s talent expectations are not always realised, as is evident from Kohler’s comparison of the Commonwealth Bank of Australia and National Australian Bank.

Large companies rightly pay the most in an effort to both identify and attract talent in limited supply. This makes it imperative to control for firm size when examining the relationship between CEO pay and Tobin’s Q performance.

My scatterplot [see here] for ASX 200 companies, 2001-2011, with data provided by SIRCA, shows a strong positive relationship between company Tobin’s Q performance and CEO pay after controlling for the logarithm of firm size. The positive association is thus conditional.

This scatterplot from the relationship between firm performance and the logarithm of total CEO pay shows clearly that, conditional on firm size, higher pay is associated with higher performance. Observations in the lower RHS corner may indicate that boards and compensation committees do not always get it right. Poor performance can also be a function of poor board design and the lack of director “skin in the game”.

Having the right board structure and designing managerial contracts that encourage talented managers to self-select into the CEO position are the subject of my ongoing research. In the meantime, I doubt that Taronga Zoo needs to double the number of guards protecting its monkey enclosure in preparation for the onslaught of Industry Funds egged on by Mr. Kohler.

Peter Swan is a Professor of Finance at the Australian School of Business, UNSW.