The establishment of DisabilityCare will activate latent demand, and policy makers will need to be realistic about how they manage the problem, writes Gary Sturgess. 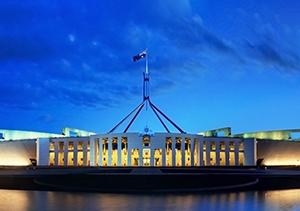 OPINION: You won’t have noticed, but there has been a quiet revolution in policy design over the past two or three decades. Policymakers (on both sides of the political fence) have turned to markets to assist them in delivering better outcomes.

Not ‘free’ markets, but artificially-designed systems where choice is used to reveal preferences and allocate resources.

They first emerged in the management of fisheries in the 1980s and then in water resources. NSW built a rather clever little market for keeping down salinity levels in the Hunter River. Victoria created a market for nature conservation. The Rudd government designed a cap and trade system for carbon emissions.

Alvin Roth won his Nobel Prize in economics last year for his work on kidney matching – non-price markets where donors and recipients are connected in a more timely and effective way. And in recent years we have seen the emergence of markets in social services. Australia’s job network is a market. Victoria has introduced student choice in vocational education.

Western Australia and Victoria, and more recently, NSW, have developed individualised budgets in disability care. The national disability insurance scheme will allow choice of provider, and thus involve policymakers in the design of a national market.

There is no university course where public servants can learn how to design these complex systems, and the private sector isn’t much help. With very rare exceptions, private firms are market-takers, not market-makers.

The Victorian and Commonwealth Treasuries have recently established a Centre for Market Design, based at the University of Melbourne, but it is still very early days.

We should not be surprised, then, that policymakers have made some dreadful blunders over the years when they have dabbled in the design and construction of markets.

There are a number of ‘heffalump traps’ that they fall into again and again – the transitional-gains trap, physical and human asset specificity, surplus capacity and latent demand, to name but a few.

Take latent demand. This problem was first recognised by a British traffic engineer in the 1960s, when he discovered that building more motorways didn’t necessarily reduce road congestion. It often had the effect of stimulating demand, encouraging some people to take to the road who would otherwise have stayed home or used the train.

In this case, latent demand was activated because government started delivering a better service. The West Australian government has done some wonderful work in recent years improving patient flow through hospital emergency departments.

One of the unexpected consequences was an increase in presentations at emergency departments of around 20 per cent, with an associated increase in cost.

Induced demand emerged as a problem in market design when policymakers first allowed fishermen to trade their fishing quotas. Overnight, these pieces of paper acquired a commercial value, and this had the effect of waking quotas that had been dormant for years. A resource that was already suffering stress came under even greater pressure.

Exactly the same mistakes were made when Australian governments allowed trading in water rights. The sleepers awoke. And the federal government is now spending $3.1 billion of taxpayers’ money to buy back water rights in the Murray-Darling to guarantee environmental flows.

In these cases, latent demand was activated when governments created property rights, de facto or de jure, and gave them commercial value by allowing them to be bought and sold. In other cases, it emerges when government reforms a service to make it more equitable or to introduce user choice.

In 2011, the Victorian government fell into this particular heffalump trap when it introduced choice in vocational and education training. Costs blew out by half a billion dollars a year, a legacy that the state government is still struggling with. NSW and Queensland are now trying to figure out how they can introduce choice in this sector without reproducing this effect.

There are many other social services where this applies. Take DisabilityCare – the latent demand is probably infinite. We humans are rough hewn and it is difficult to imagine how government can draw a line in the sand that will not immediately be overreached. There will always be some deserving individual just on the other side of the line with whom we will empathise.

The anticipated cost has already started to climb. The Productivity Commission estimated that the net cost would be $6.5 billion a year; recent figures from the government actuary reveal that by the time it is operational in 2018-19, it will be $10.5 billion. With induced demand, that could grow to $20 billion or $30 billion.

It is vital that policymakers understand that they will activate latent demand in the establishment of DisabilityCare, and they need to be realistic about the limited tools at their disposal to manage this problem. And they must have the courage to speak the truth to power, in the privacy of ministerial offices if not in the public domain.

States have wised up to the value of public services