Opinion Nobel prize reflects both wisdom and madness of crowds

Financial markets provide a useful reminder of just how humble we economists should be about our understanding of the world, write Richard Holden and Justin Wolfers. 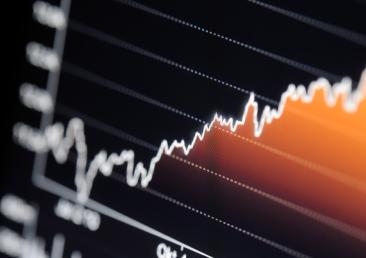 OPINION: Financial markets provide a useful reminder of just how humble we economists should be about our understanding of the world. The three Nobel economics laureates neatly capture this tension.

Eugene Fama is the intellectual godfather of the view that financial markets are efficient, while no one has done more than Robert Shiller to highlight their inefficiencies. Lars Peter Hansen developed statistical techniques that both sides have used to help resolve their differences.

The central issue is whether the prices of stocks, bonds and other financial assets reflect the workings of a well-functioning market. That is, do financial prices reflect the wisdom of crowds, or do they mirror popular delusions?

The answer determines whether you should try to beat the sharemarket, whether the Federal Reserve should respond to rising housing prices, and how the US should regulate financial markets.

Tests of market efficiency revolve around the question of whether future movements in stock, bond and housing prices are predictable. The basic logic is that prices in an efficient market already reflect all available information, so there shouldn’t be any existing information that can predict how they will change in the future.

Well, mostly. All economists believe investors should demand higher returns for taking on more risk, so the question is whether risk-adjusted price changes are predictable.

All three laureates have accumulated evidence consistent with the idea that stock price movements are somewhat predictable. The real debate is how to interpret this predictability.

In Fama’s telling, a stock price reflects the wisdom of crowds. Yes, there is evidence that sometimes movements are predictable, but they are small and largely reflect compensation for greater risk.

Fama’s studies of stock price performance have revealed clear evidence that price changes are predictable. In particular, he and collaborator Kenneth French have shown that stocks of small companies and of those with high book-to-market values have historically yielded higher returns. Fama argues this predictability isn’t evidence against market efficiency, but that these higher returns are simply a rational response to greater risk.

This perspective has had an important effect on the stock-picking community, where analysts are evaluated on the performance of their picks relative to the benchmarks that account for these risk factors.

Fama compiled an impressive body of evidence showing that markets respond rapidly to new information. Even so, the observation that markets react quickly doesn’t mean that they are responding fully, or even rationally.

An important implication of the Fama view is that stock picking is a futile exercise. Investors who want to own stocks should instead buy low-cost index funds.

This observation has led to an entire industry of such funds being created.

Shiller: Watch out for mass delusion

Meanwhile, Shiller focused on the bigger picture of asset prices – and over a longer term. And he puts human psychology at centre stage.

Shiller has shown that stock prices are far too volatile to be consistent with market efficiency. The logic is simple: because a stock is an entitlement to a company’s future dividends, a stock price should only fluctuate as the value of future dividends rises and falls. However, stock prices are incredibly volatile, even as dividends tend to be stable. This juxtaposition suggests that something beyond fundamentals drives stock fluctuations.

In Shiller’s telling, markets can be subject to extraordinary popular delusions and the madness of crowds, in which stock prices become unmoored from future earnings. Shiller has shown that when stock prices rise too far ahead of corporate earnings, then a correction is likely. In 1996, he issued a prescient early warning of the dotcom bust.

Similar forces are at play in the housing market, where the ratio of house prices to rents can predict changes in home prices. This style of analysis led Shiller to call the housing bubble well before its implosion. If the Fed were as capable of spotting financial bubbles, it would surely be more active in trying to prick them.

That it remains largely on the sidelines suggests it’s modest about its ability to replicate Shiller’s uncanny accuracy.

Perhaps, then, the broader lesson is that Shiller teaches us to be on the lookout for when we’re gripped by a mass delusion. Numerous studies, as well as the 2008 financial crisis, have shown that providing people with accurate information may be the best remedy for mass delusion.

The third laureate, Lars Peter Hansen, developed a statistical technique called the generalised method of moments. The broader context is that a statistician must always make assumptions to transform raw data into useful insight. His method broadened the assumptions that empirical researchers could rely on, allowing them to choose weaker assumptions.Or as he said on Tuesday: “I think of it as showing how you can do something without having to do everything.”

Although Hansen developed his method in the context of trying to referee the dispute between market efficiency and inefficiency, it has been even more useful beyond that domain, and today is part of the statistical toolkit used throughout economics.

With a little latitude, one could summarise this prize as suggesting that financial markets are efficient (Fama), except when they’re not (Shiller), and that we have empirical evidence to prove it (Hansen). But there are also deeper lessons: this stuff is hard. Social science progresses slowly. Most important, we are still learning how and when financial markets generate wealth and provide economic stability and when they are a casino destabilising the economy.

Richard Holden is a Professor of Economics at UNSW's Australian School of Business. Justin Wolfers is a Brookings Institution fellow.