After the Huawei and GrainCorp decisions, the "open for business" Coalition must make welcoming foreign investment a higher priority, writes Geoffrey Garrett. 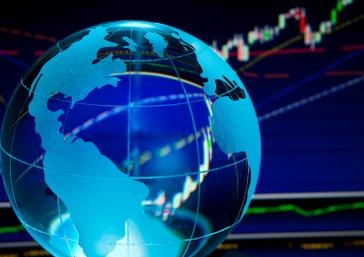 OPINION: The Coalition's efforts to project competence and stability on domestic policy are being undermined by a roller-coaster ride on international issues.

Globally oriented business in Australia and abroad welcomed early gains. Investment was put in the title of the trade portfolio, emphasising how important attracting foreign investment is to Australia's future. The government announced aggressive goals to conclude as soon as possible long-stalled free trade agreements with China and Japan as well as the US-led Trans-Pacific Partnership.

But since then the government's actions have belied its words. After hinting it might allow Huawei to get a piece of the NBN action, it slammed the door shut on China's IT national champion, reverting to Labor's national security rationale.

Then, last week, Joe Hockey reiterated that Australian ownership of Qantas was non-negotiable and suggested the government might guarantee Qantas debt to help the struggling national carrier.

On Friday, the Treasurer made the most surprising decision of all, rejecting Archer Daniels Midland's bid to buy GrainCorp. Hockey claimed the takeover was not in the national interest because of concerns about reduced competition and because the deal was unpopular.

There are justifications for these anti-free market moves by the "open for business" government. Australian and US intelligence and military services are suspicious of Huawei's purported ties to China's People's Liberation Army. The Qantas Act imposes unique restrictions on the Flying Kangaroo's ability to raise foreign capital. The small scale of the local market is always fertile terrain for would-be monopolists; farmers and Greens have vilified ADM for impoverishing farmers and playing Russian roulette with fragile ecosystems.

But three tendencies are increasingly apparent about the Abbott-led Coalition. First, Tony Abbott is no free market ideologue but more like a European Christian Democrat (paid parental leave, no rush to surplus). Think Angela Merkel.

Third, Abbott is less an internationalist than a realist. He kept Australia's nose out of Syria's "baddies against baddies" civil war. The contrast with Kevin Rudd's desperate efforts to mobilise a no-fly zone over Libya could not be starker.

There is a lot to be said for Abbott's pragmatism. But his parochialism and populism are more dangerous, at least where the international economy is concerned. Concluding a free trade deal with China must be a high priority and China wants to be given much freer rein to invest here. A hard ask. Why make it even harder by floating, then rejecting, Huawei-NBN?

Singapore and New Zealand are strong Australian allies when it comes to TPP and global economic liberalisation. Why risk political backlashes there by favouring Qantas over Air New Zealand and Singapore Airlines, whose ownership stakes in Virgin clearly benefit Australian flyers?

In a world in which the US is not only Australia's indispensable military ally but also our largest two-way investment partner, why turn down a generous takeover offer welcomed by GrainCorp's board?

The government can try to justify its behaviour on economic, political and security grounds. It can seek to convince allies, friends and economic partners that it is still open for business, despite these actions.

But global economic interactions are just as cut-throat, as important and as vulnerable to symbolism and misperception as the stuff of traditional international relations. The Abbott government should rein in its international follies and focus on building globally the reputation for competence and stability it has worked so hard to foster on the home front.

Is Greek contagion spreading to China?